Ailing Goa CM Manohar Parrikar Will Continue in Office As Long As He Is Alive, Says Deputy Speaker Michael Lobo 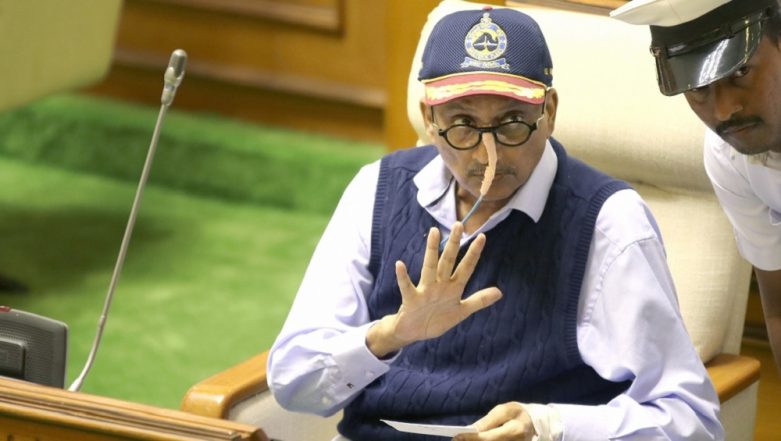 Panaji, February 19: Goa Chief Minister Manohar Parrikar will continue in office as long as he is alive, but on account of pancreatic cancer his health condition keeps fluctuating, Deputy Speaker of the Goa Legislative Assembly and ruling BJP MLA Michael Lobo said on Tuesday. As long as Parrikar is running the state, even in his ill-health, the current Bharatiya Janata Party (BJP)-led alliance government will continue to exist, Lobo told reporters on the sidelines of an event organised by a village panchayat in his Assembly constituency of Calangute in North Goa.

"He (Parrikar) is one person who will never want to rest. Till he is alive in this world, I think he will not leave the chair. He will continue working for the people of Goa," he said. Manohar Parrikar Health Update: High Court Seeks Status Report on Goa CM.

"As long as he can run with his mind working and he can give instructions to officers, I think this government will continue. His health - sometimes it improves, sometimes it goes down - because (with) a disease like pancreatic cancer which he is suffering from, you cannot be stable all the time," Lobo said.

Parrikar is being treated for advanced pancreatic cancer for more than a year, during which he has been in and out of hospitals in Goa, Mumbai, Delhi and New York. His illness has also cast a shadow of uncertainty over the fragile ruling coalition in the coastal state, which is headed by the BJP.

"So I feel that right now, at this time, he is trying his level best to do the job and God is there. Everything is there in the hands of God, especially his health. After something happens to him... even my father had the same thing... so you cannot live forever. (If) something happens to him, then we will see at that particular time what needs to be done," he said.