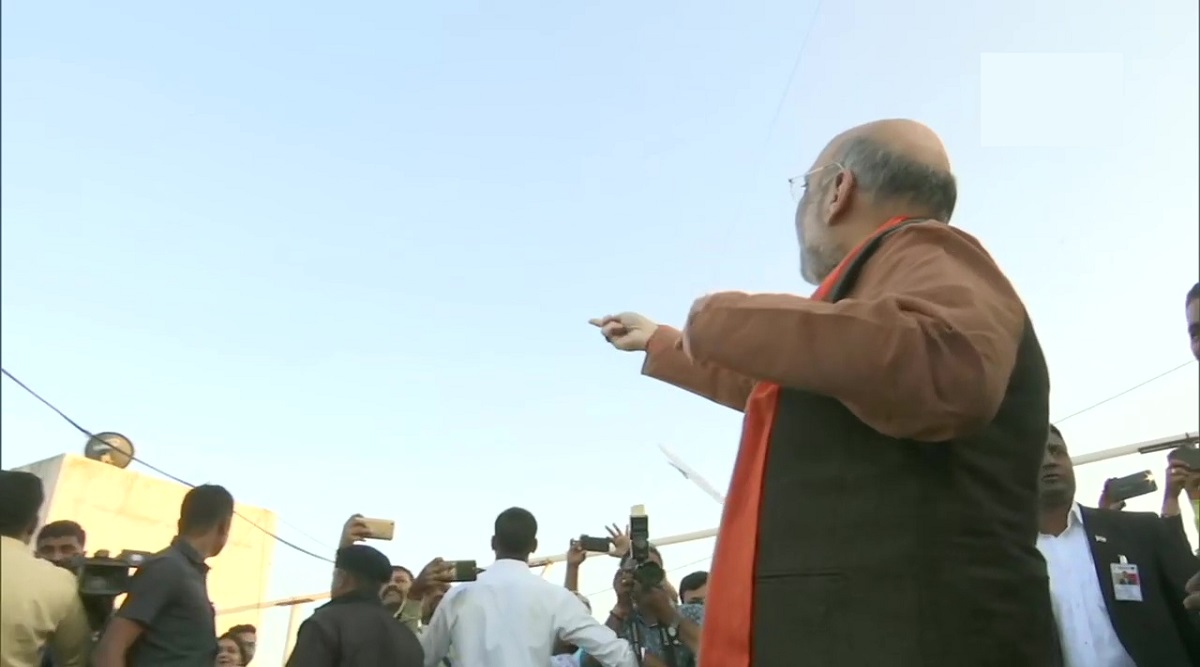 Ahmedabad, January 14: Union Home Minister Amit Shah on Tuesday visited his home-state Gujarat to attend Uttarayan-related festivities. The Bharatiya Janata Party (BJP) president attend a programme in Ahmedabad, where he was seen meeting locals and flying kite along with them. Shah, as per the visuals, was subjected to a jubilant welcome by the residents. Makar Sankranti 2020 Greetings in Hindi For Uttarayan Festival: WhatsApp Stickers, GIF Image Messages and SMS to Wish Family & Friends.

In the video shared below, Shah accompanied by BJP leaders, is seen flying a kite from the terrace of a building. The practice is common across Gujarat on the occasion of Uttarayan -- which marks the end of Winter season's coldest phase and the beginning of pre-Spring period.

Uttarayan is one of the most revered festivals in Gujarat,  and is celebrated on the same day when different parts of the nation observe Pongal and Makar Sankranti. "The festival of Uttarayan is a uniquely Gujarati phenomenon, when the skies over most cities of the state fill with kites from before dawn until well after dark. The festival marks the days in the Hindu calendar when winter begins turning to summer, known as Makar Sankranti or Uttarayan," states the Gujarat Tourism Department.

Shah, who visited Ahmedabad on the auspicious occasion, also represents the region (Gandhinagar constituency) in the Lok Sabha. In the 2019 general elections, Shah had replaced BJP veteran LK Advani as the candidate from the seat.