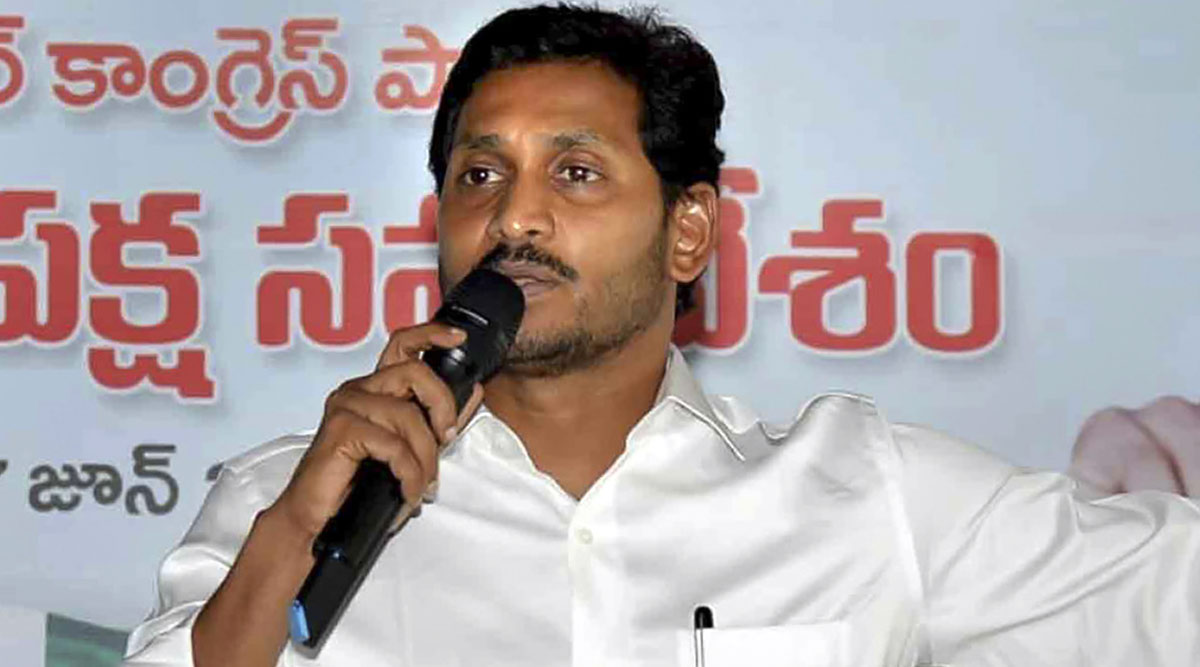 Hyderabad, January 27: The decision to abolish Andhra Pradesh Legislative Council has been approved by the State Cabinet, said reports on Monday. The Jagan Mohan Reddy-led government was considering the move over the last few days, in bid to overcome the hurdles being created by Upper House of State Legislature. The 58-member Council was dominated by the erstwhile ruling Telugu Desam Party (TDP).

While the TDP had 26 MLCs in the Council, the state-ruling YSR Congress Party (YSRCP) had 9 members -- leaving the latter at disadvantage. The Chief Minister was fearful that a number of key decision passed by his government, which require the assent of Legislative Council, would remain stranded due to opposition from the TDP-controlled Council. Andhra Pradesh Capital Row: Chandrababu Naidu, TDP MLAs Detained in Amaravati After Trying to Launch Protest Against State Govt.

The Andhra Assembly, which will be convening today for the Budget session, will be boycotted on the first day by the TDP. Party president and former chief minister N Chandrababu Naidu had announced that his MLAs would be skipping the House session to oppose the YSRCP government's bid to scrap the Legislative Council.

To abolish the Upper House, CM Reddy is expected to move a resolution before the Assembly. The resolution would require the support of two-third of the legislators -- which would be achieved as the YSRCP enjoys a brute majority in the State Assembly. Two of Reddy's Cabinet Ministers - Pilli Subhash Chandra Bose and Mopidevi Venkataramana - will have to resign as they are MLCs.