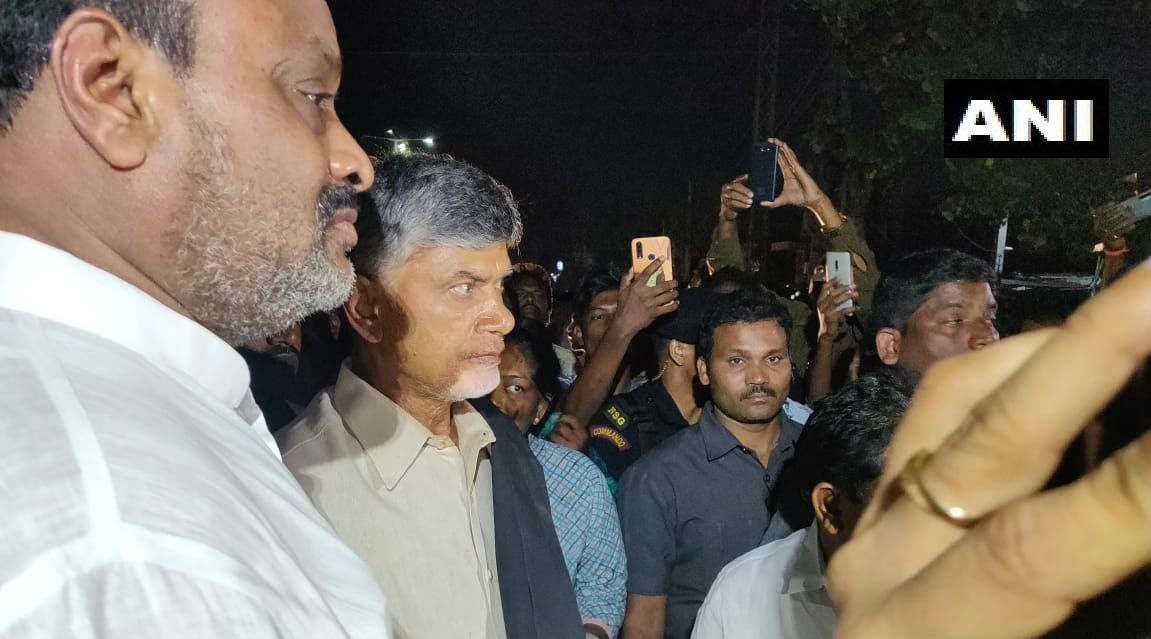 Amaravati, January 20: The police detained former Andhra Pradesh Chief Minister N. Chandrababu Naidu and other TDP legislators here on Monday night as they were trying to launch a march to protest against the state government's decision to develop two more state capitals by shifting some key capital functions from Amaravati.

The Telugu Desam Party (TDP) President and other party legislators tried to undertake a 'padyatra' in Amaravati region after 17 TDP MLAs were suspended from the Assembly during heated debate over the Bills to develop three state capitals.

After the suspension, TDP MLAs staged a sit-in in the Assembly premises, raising slogans against the Jagan Mohan Reddy government.

#UPDATE Former Andhra Pradesh Chief Minister, and TDP chief N Chandrababu Naidu who was detained outside the state assembly, has been brought to Mangalagiri police station by the police. https://t.co/oVVhEvJaFx pic.twitter.com/nzdlPiTu7g

Naidu alleged that Chief Minister Y.S. Jagan Mohan Reddy is destroying the state for narrow political interests. He said though Reddy is younger to him, he requested to him with folded hands to reconsider his decision and continue Amaravati as the only state capital.

The former Chief Minister argued that the three-capital experiment was not successful anywhere in the world. He said the 'Save Amaravati Save Andhra Pradesh' campaign would continue.

Andhra Pradesh Chief Minister YS Jagan Mohan Reddy in State Assembly: I have no grudge against Amaravati. We are continuing with Amaravati as the legislative capital, Visakhapatnam will be the executive capital, and Kurnool will be the judicial capital. https://t.co/nMqR7g9K0v pic.twitter.com/y54KhDdirl