Arvind Kejriwal to Retain Old Cabinet in AAP 2.0 Government, No New Ministers to be Inducted: Report 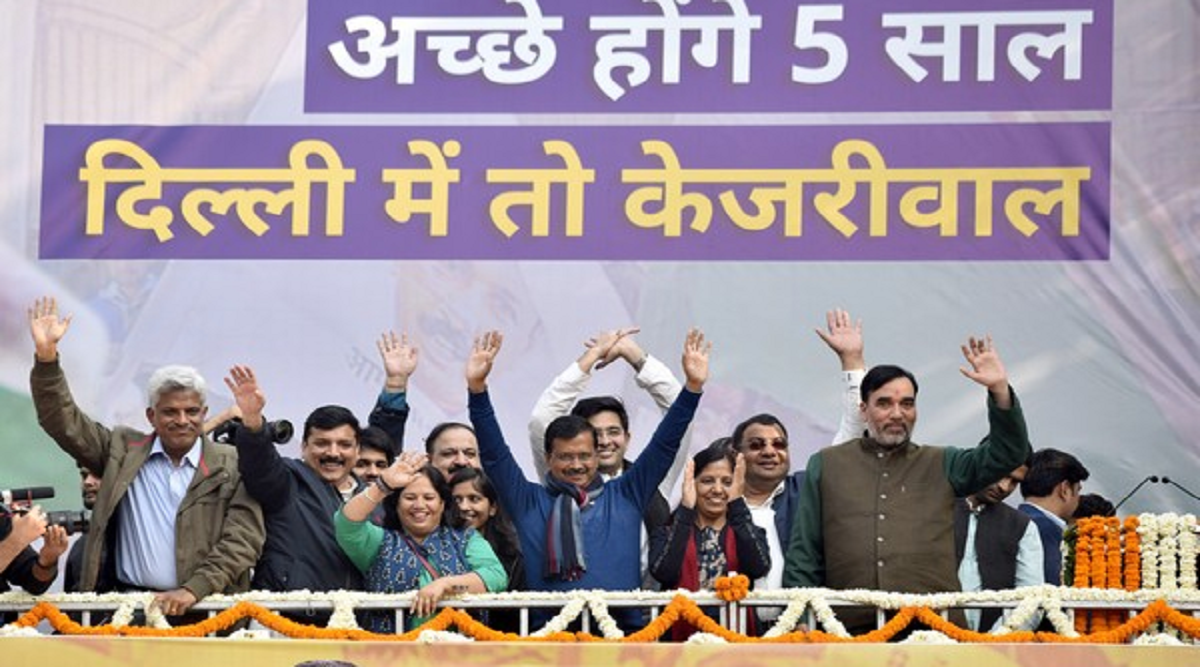 New Delhi, December 12: Amid speculations of a Cabinet rejig by Chief Minister Arvind Kejriwal following his second landslide victory in Delhi, reports on Thursday claimed that the Aam Aadmi Party (AAP) supremo is likely to retain his incumbent team. Party insiders confirmed to reporters that Kejriwal is considering to maintain the old Cabinet, whose work has been overwhelmingly approved by the Delhi electorate.

Kejriwal, along with his Cabinet members, is scheduled to take oath on Sunday. All the incumbent Ministers - Manish Sisodia, Satyendar Jain, Gopal Rai, Kailash Gahlot, Imran Hussain and Rajendra Pal Gautam - would also be administered the oath to office by Lieutenant Governor Anil Baijal. Priyanka Gandhi Reacts to Congress Drubbing in Delhi Assembly Elections 2020, Says 'We Have to Work Really Hard And We Will'.

The speculations of a Cabinet rejig turned rife with the victory of senior AAP legislators Raghav Chadha and Atishi. The latter, who had worked as a parliamentary secretary to assist the state government in education sector, had earned repute for her work. Chadha, a chartered accountant and a prominent face of AAP, was being rumoured as the next State Finance Minister.