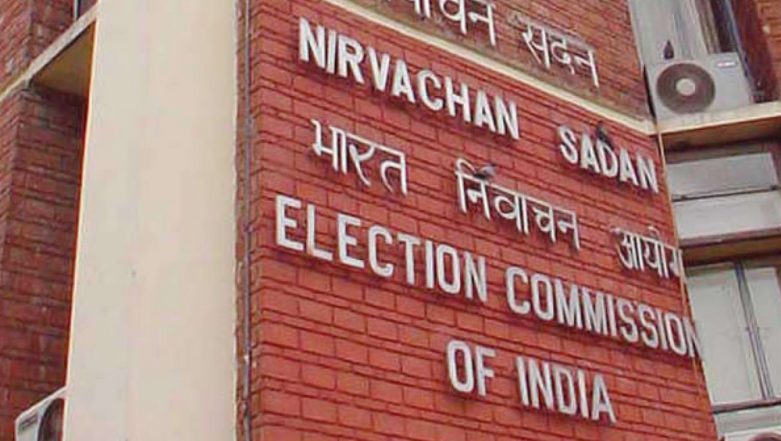 New Delhi, May 17: The Election Commission (EC) asked star campaigners and other political leaders to refrain from addressing the media by way of press conferences and giving interviews on election matters during the silence period beginning Friday evening ahead of the last phase of Lok Sabha polls on May 19.

"In a multi-phased election, the silence period of last 48 hours may be on in certain constituencies while campaign is ongoing in other constituencies. In such event, there should not be any direct or indirect reference amounting to soliciting support for parties or candidates in the constituencies observing the silence period," an EC statement said. Mayawati Hits Out at Election Commission Over 48-Hour Ban, Says 'Fundamental Rights Violated'.

"During the silence period, star campaigners and other political leaders should refrain from addressing the media by way of press conferences and giving interviews on election matters," it said.

The statement came in reference to queries received by the poll body on telecasting interviews of star campaigners during the silence period. The campaigning for the seventh and the final phase of the Lok Sabha election ended at 5.00 pm today. Counting of votes will be held on May 23.