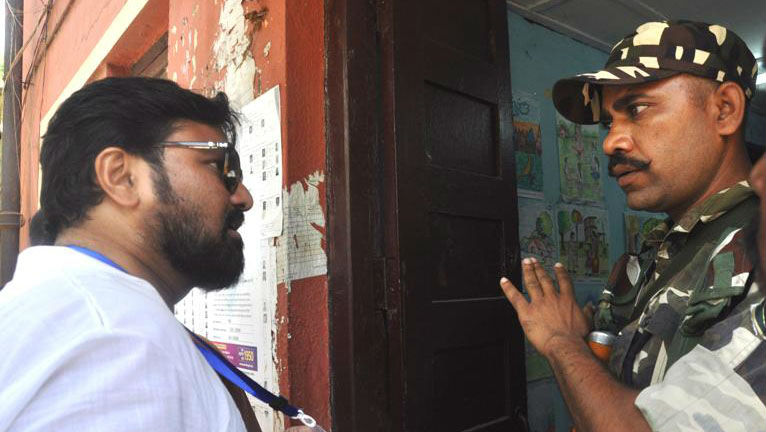 Kolkata, April 29: The Election Commission on Monday filed an FIR against Union Minister and BJP candidate from Asansol Lok Sabha seat, Babul Supriyo, for entering a polling booth in the constituency with his armed security personnel. Another FIR was filed against unknown persons who vandalised his car in the same area. BJP MP Babul Supriyo to Face FIR For Trespassing Into Asansol Polling Booth: Election Commission.

"An FIR has been filed against the candidate (Babul Supriyo) for entering Barabani booth with his armed guards. Another FIR was filed against unknown persons for car vandalism," Additional Director General of Police Siddhi Nath Gupta told reporters.

Earlier, in the day, the EC had sought a detailed report on the incident. Trouble erupted at Asansol's Barabani after Supriyo went inside a polling booth to ensure his party agents were allowed inside. West Bengal Lok Sabha Elections 2019 Phase 4.

Supriyo's car was vandalised allegedly by stone-pelting Trinamool Congress supporters, but he escaped unharmed with only the rear windshield of the vehicle being damaged. However, Trinamool workers alleged that Supriyo and his men had manhandled them.