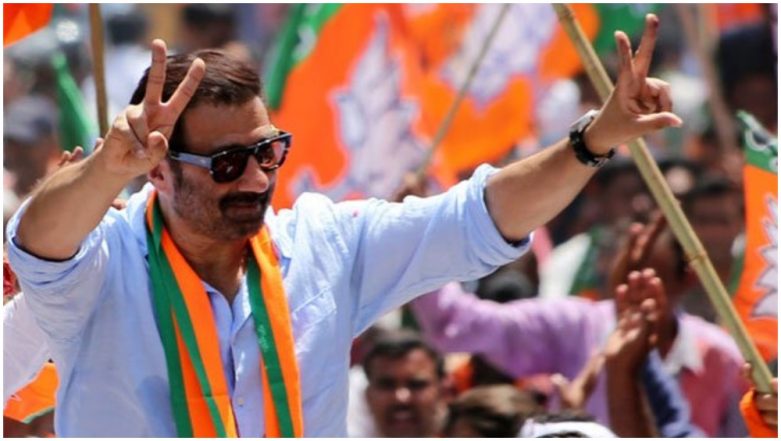 Chandigarh, May 17: Actor and BJP-Akali Dal candidate Sunny Deol from Punjab's Gurdaspur on Friday moved the Punjab and Haryana High Court for deployment of adequate paramilitary forces as the seat has been declared "prone to violence". However, his plea was disposed off by a Division Bench of the High Court after the Election Commission assured that appropriate action had been initiated in this regard.

"In view of the action taken by the respondents, no further direction is required to be issued in this petition and the present petition is disposed off accordingly," the Bench of Justice Daya Chaudhary and Justice Sudhir Mittal said. Sunny Deol Has Net Worth of Rs 87.18 Crore, Gurdaspur BJP Candidate Declares In Lok Sabha Elections 2019 Affidavit.

"It clearly shows that action on the representation of the petitioner has already been taken," the Bench said. Among other things, it said 111 out of 1,826 booths were categorised as critical. Another 467 booths were shown as vulnerable. Regarding the allotment of Central Armed Paramilitary Force, it said 24 companies had been allotted for the constituency.

The actor-turned-politician is pitted against state Congress President Sunil Jakhar from Gurdaspur, which was represented four times by yesteryear actor Vinod Khanna, who died in April 2017 due to cancer. Jakhar won the October 2017 by-election with a margin of 1.92 lakh votes. The bypoll was necessitated by Khanna's death.

Gurdaspur lies in the north of Punjab, sharing an international border with Pakistan and the troubled state of Jammu and Kashmir. The area is not as developed as other areas in Punjab. The constituency, which has 14,68,972 voters, including 72,6363 women, has nine Assembly constituencies.