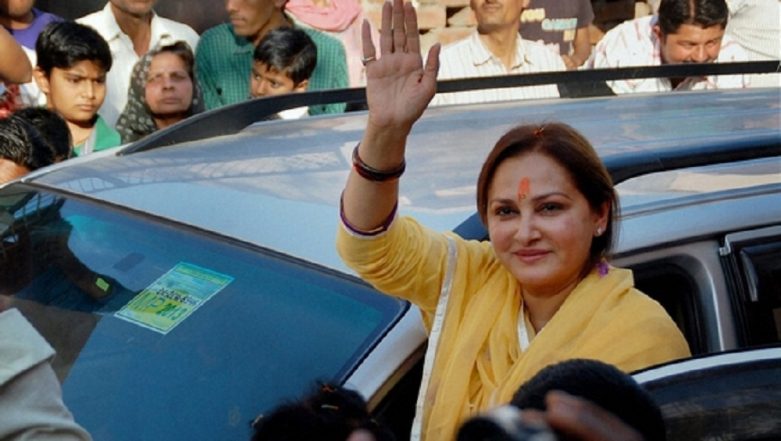 Anarkali was believed to be a famous courtesan in Mughal emperor Akbar's court who had an affair with his son Jehangir. Legend has it that as a punishment, she was buried alive in a wall. "I used to see him as my son. I had not expected this from him as I perceived him to be an educated man. It shows how father and son regard a woman in the society. His father called me Anarkali and now he has made the same comment," she said in Rampur.

Azam Khan used to call Jaya Prada 'Anarkali', terming her as "nachne gaane wali" (person who sings and dances), because of her Bollywood background.

Abdullah Azam is a SP MLA from Suar seat in Rampur. His father represents Rampur seat in Uttar Pradesh Assembly. Azam Khan, known for making controversial statements, was barred by the Election Commission from campaigning for 72 hours over his "khaki underwear" jibe at Jaya Prada. Azam Khan on Objectionable Remarks Against Jaya Prada: I Will Not Contest Polls if Proved Guilty.

While addressing an election rally, he had said, "I brought her (Jaya Prada) to Rampur. It took you 17 years to identify her real face but I got to know in 17 days that she wears khaki underwear." Polling will be held in Rampur on Tuesday in the third phase of Lok Sabha elections.