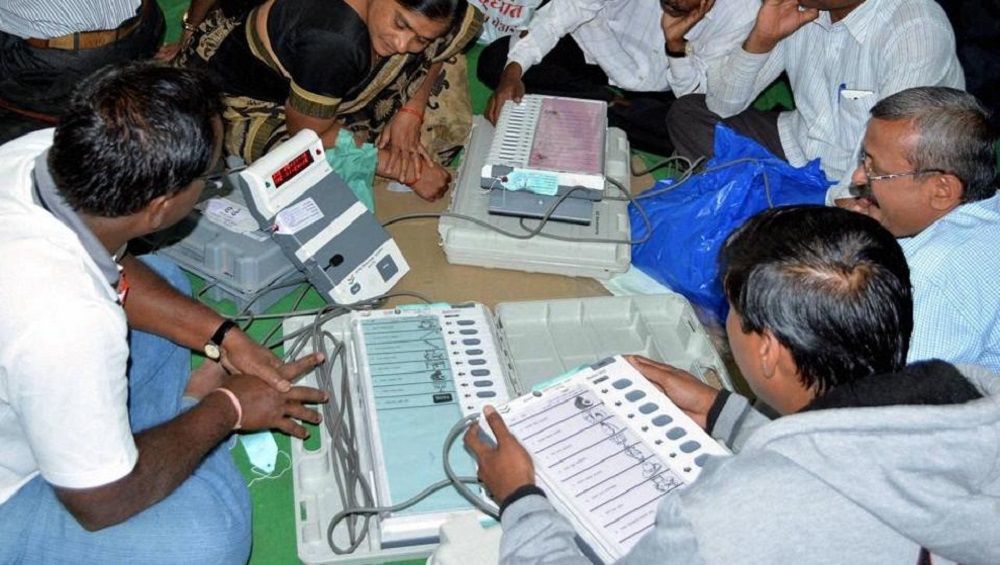 Bengaluru, February 11: On day when the Aam Aadmi Party (AAP) recorded a landslide win in Delhi, the State Election Commission in Karnataka declared the results of urban local bodies (ULB) elections, held in six local bodies. Out of the 169 seats in fray, the Congress emerged the winner in 69. The Bharatiya Janata Party (BJP) and the Janata Dal (Secular) trailed behind the party, as per the results declared by the SEC. Karnataka Cabinet Expansion: Chief Minister BS Yeddyurappa Inducts 10 New Ministers.

The BJP emerged second in the ULB poll battle, winning a total of 59 seats. The JD(S) secured a victory in 15 ULB seats, followed by 3 by the Social Democratic Party of India (SDPI). 21 candidates from Others, including 14 independents, also emerged victorious.

I know that the #DelhiElectionResults has been a wipeout for @INCIndia but some good news for ULB election results in Karnataka, @INCKarnataka is number one by winning 69/167 seats. pic.twitter.com/VDrfpt3oPD

The ULB polls come nearly two months after the Congress was handed over a crushing defeat in crucial bypolls held in 15 assembly constituencies. 14 among them were won by the erstwhile sitting MLAs of the Congress and the JD(S), whose switch over to the BJP in July last year had necessitated the bypolls. Following the rout, senior Congress leaders Dinesh Gundu Rao and Siddaramaiah had resigned from the posts of Pradesh Congress Committee chief and Legislature Party Leader, respectively.

The Congress, which was ruling Karnataka under single-party majority status between 2013 to 2018 and in alliance with the JD(S) till July 2019, had to vacate power after 17 legislators from the ruling camp jumped ship to the BJP. The saffron party subsequently took over the government, with BS Yediyurappa sworn-in as the new Chief Minister.