MNS First List of 27 Candidates For Maharashtra Assembly Elections 2019 Out; Here Are The Names of Candidates 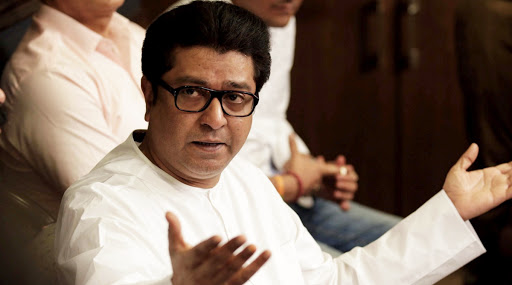 Mumbai, October 1: The Maharashtra Navnirman Sena (MNS) on Tuesday announced the first list of 27 candidates for the upcoming state assembly elections. The party fielded Ganesh Chukkal from Gjatkopar West, Akhil Chitre from Bandra East, Sandeep Deshpande from Mahim and Avinash Jadhav from Thane. The MNS has given ticket to Narendra Dharma Patil from Shindkheda. Narendra's father Dharma Patil was a farmer, who committed suicide by consuming poison at the Maharashtra secretariat in Mumbai on January 22 seeking adequate compensation for land. He died at the JJ Hospital on January 29. Raj Thackeray's MNS to Contest Maharashtra Assembly Elections 2019.

On Monday, reports surfaced that the MNS will contest on 150 seats in the upcoming Assembly polls. The party chief Raj Thackeray ill start campaigning from October 5. “I will address my first public meeting on October 5. I will announce the number of seats and other issues at an appropriate time,” reported Hindustan Times quoting Thackeray as saying. Raj Thackeray Asked Party Leaders to be Prepared For Polls.

Earlier in the day, the Bharatiya Janata Party (BJP) released the first list of 125 candidates. Chief Minister Devendra Fadnavis is contesting from Nagpur South West Constituency. On Tuesday, the Shiv Sena also announced the names of 124 constituencies from where it will field its candidates. Jagdish Lohankar, Former ACP, Joins Raj Thackeray's MNS, Likely to Contest Maharashtra Assembly Elections 2019 From Kalyan.

The elections for 288-member assembly will take place on October 21, and the results will be declared on October 24. Haryana is also undergoing assembly election along with Maharashtra. With the announcement of the election dates, the Model Code of Conduct has immediately come into force.