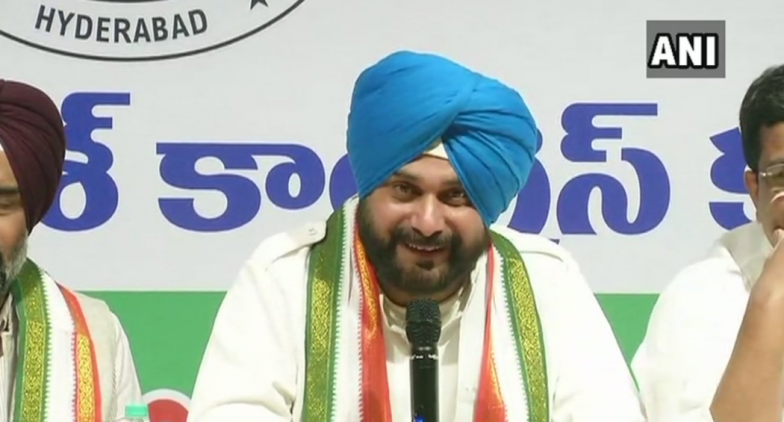 On Twitter, Sharma wrote, "Strongly condemn @sherryontopp comment. It shows his poor mentality towards women. Does he mean women only make roties and Khankao churies? One side Indian women are breaking every glass ceiling and Mr Sidhu can only see her through his misogynist glasses. Navjot Singh Sidhu Gets EC Notice For Calling PM Narendra Modi 'Middleman' in Rafale Deal

"Earlier today addressing an election rally in Indore, Sidhu said, "Prime Minister Modi is like that woman who makes less chapatis but creates noise with bangles so that neighbours know that she is working hard."During the election rally, the Congress leader also called BJP leaders as 'kale angrez' (Dark skinned British) and urged people of Indore to save the country by voting them out of power.