Rahul Gandhi Birthday: Popular Quotes by the Congress Leader as He Turns 50 Years 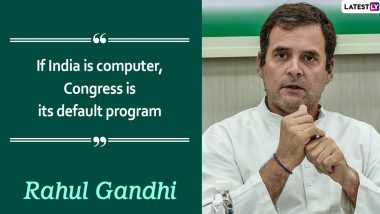 We are celebrating Rahul Gandhi's 50th birthday today. The Congress leader was born on June 19, 1970, and he served as the President of the party from December 2017 to July 3, 2019. Rahul Gandhi's great grandfather Jawaharlal Nehru, was the first prime minister of India.

His grandmother, Indira Gandhi, was the first female Prime Minister of India and his father, Rajiv, was the youngest prime minister of India to be sworn into office. Sonia Gandhi, his mother is the President of the Indian National Congress.  On the occasion of Rahul Gandhi's 50th birthday, LatestLY has curated a list of few quotes by the young Congress leader. Rahul Gandhi Birthday: 'Service Week' by Maharashtra Youth Congress to Mark Congress Leader's 50th Birthday. 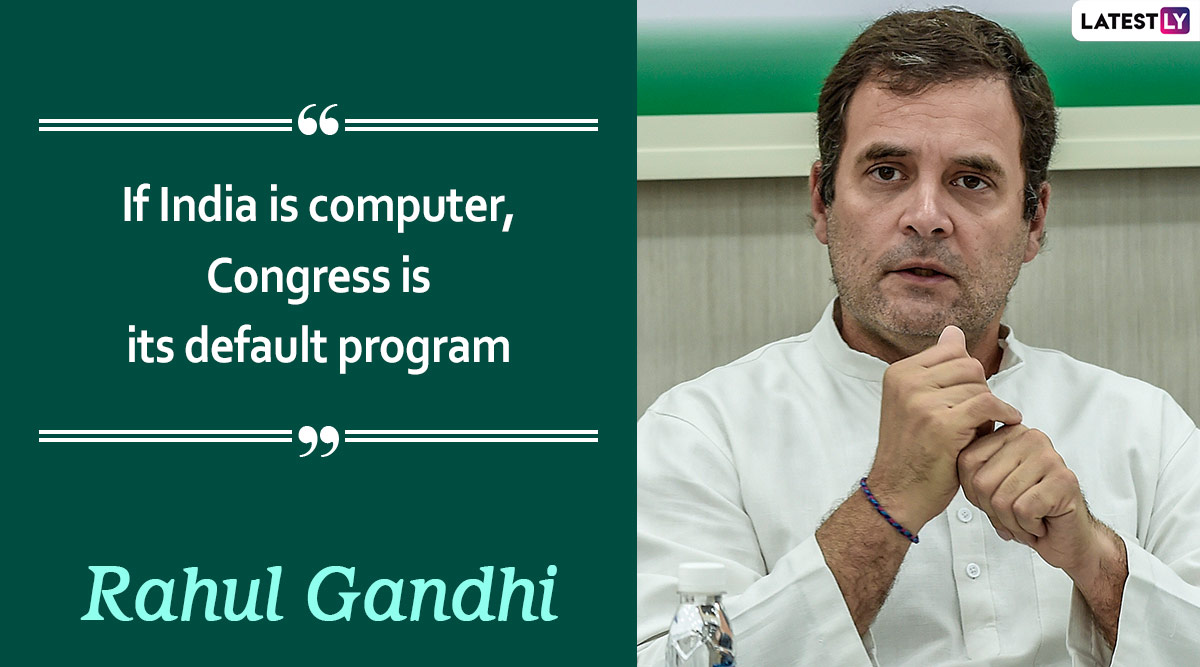 Quote Reads: If India is a computer, Congress is its default program- Rahul Gandhi 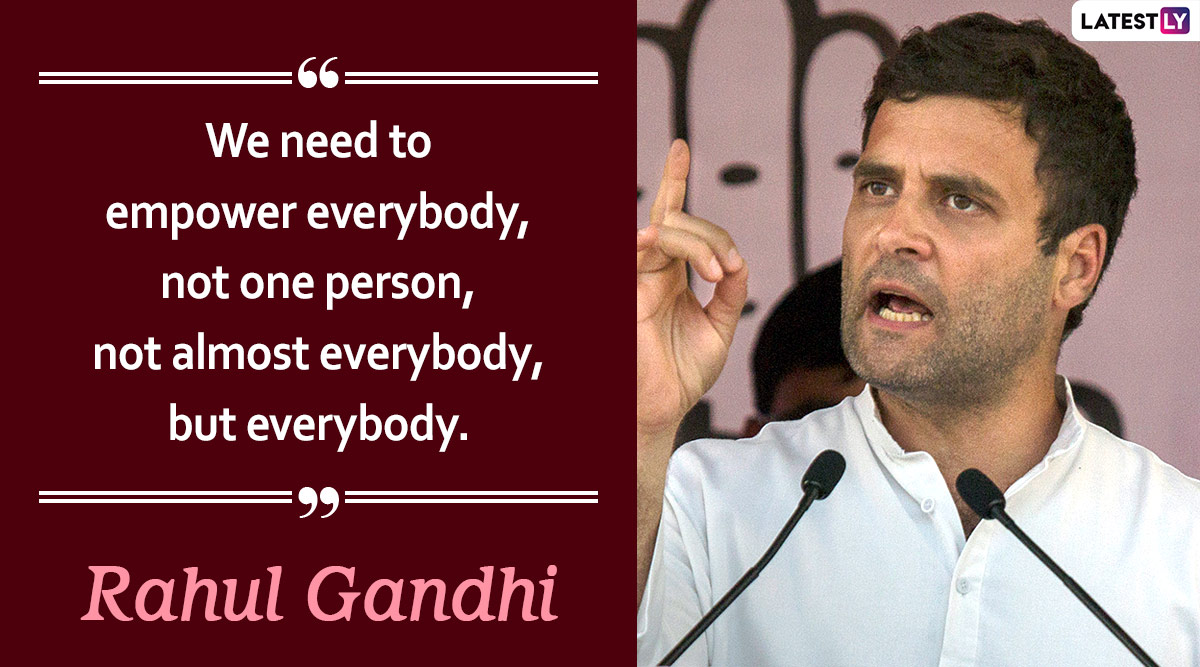 Quote Reads: We need to empower everybody, not one person, not almost everybody, but everybody.- Rahul Gandhi 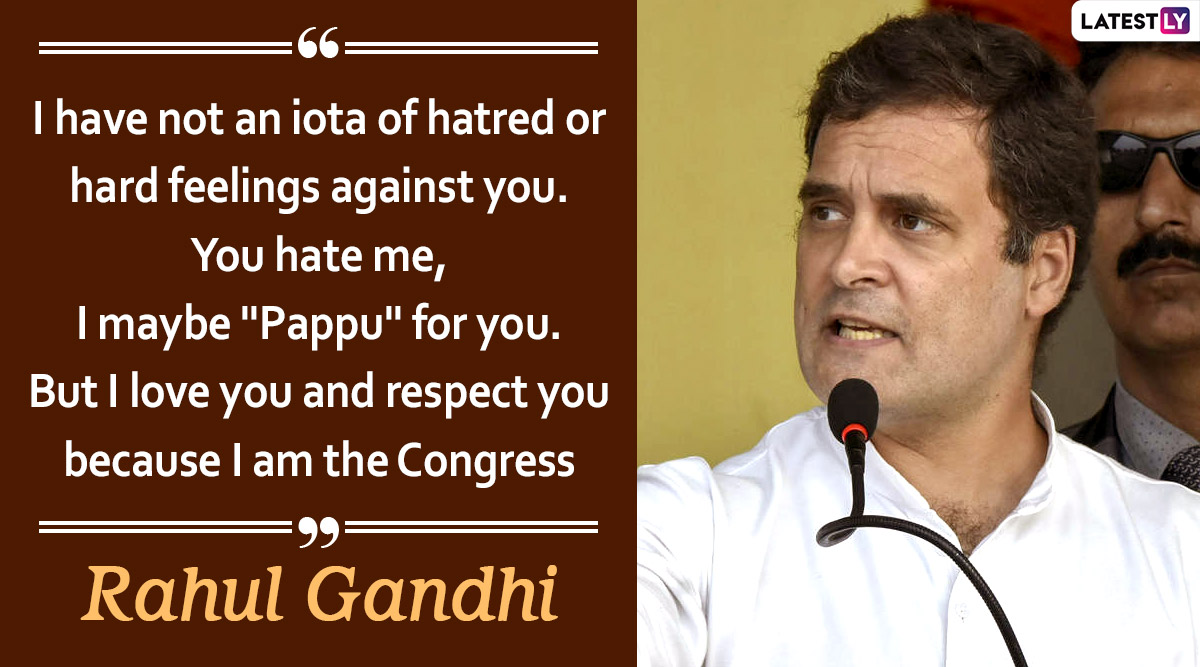 Quote Reads: "I have not an iota of hatred or hard feelings against you. You hate me, I may be ''Pappu'' for you. But I love you and respect you because I am the Congress"-- Rahul Gandhi 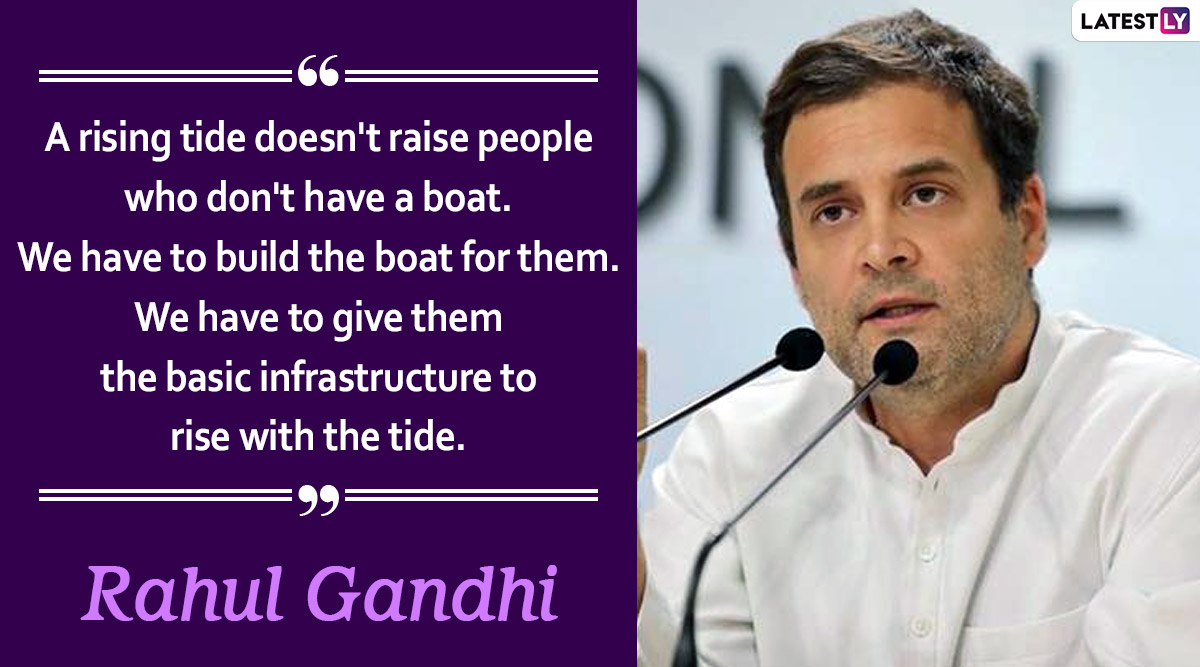 Quote Reads: A rising tide doesn't raise people who don't have a boat. We have to build the boat for them. We have to give them the basic infrastructure to rise with the tide.”- Rahul Gandhi. 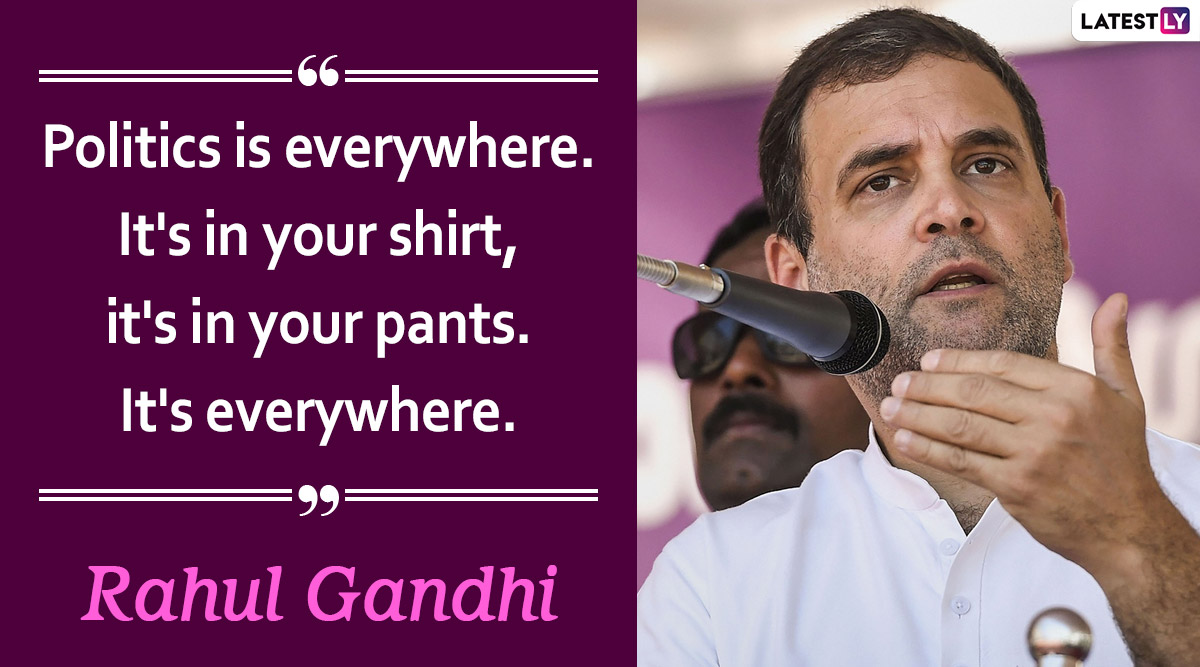 (The above story first appeared on LatestLY on Jun 19, 2020 09:00 AM IST. For more news and updates on politics, world, sports, entertainment and lifestyle, log on to our website latestly.com).