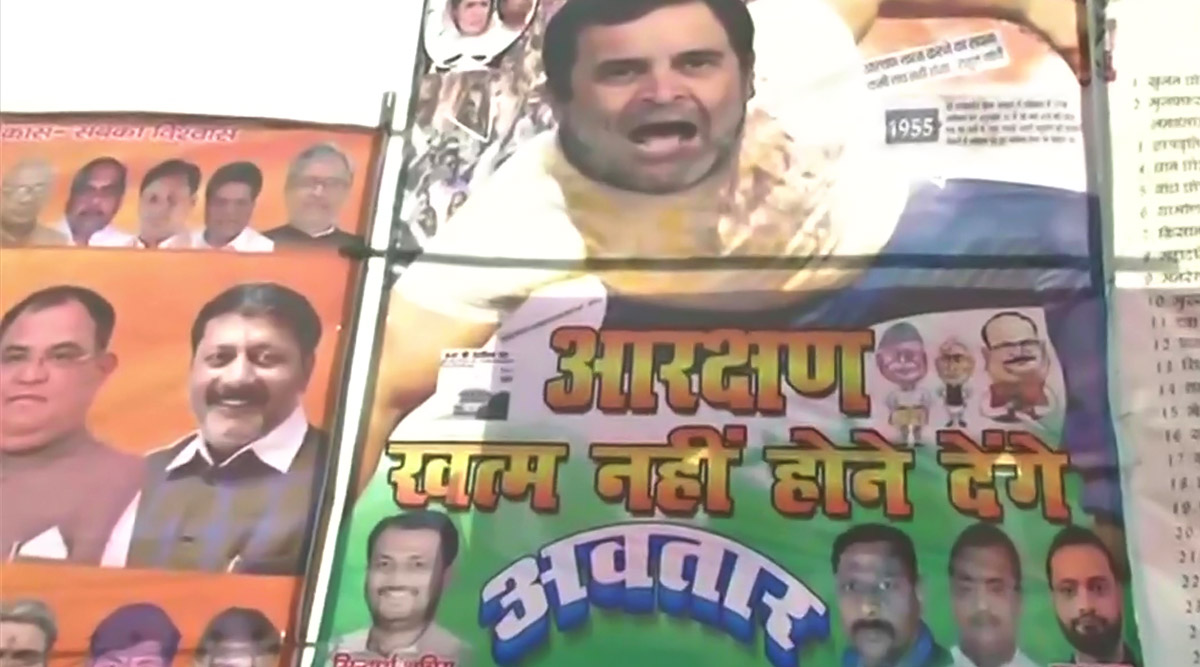 Patna, February 20: A poster of Congress leader Rahul Gandhi on the issue of reservation was spotted in Bihar on Thursday. According to a tweet by ANI, the picture showed Rahul Gandhi in protest avatar with the caption 'Aarakshan khatm nahi hone denge avtaar' (We will not let reservation end) written on it. The poster was put by party's local leaders in Patna. A close look at the poster showed a picture of Gandhi along with pictures of several local Congress leaders of Patna.

On one side of the poster, was a calligraphy photo of RSS Chief Mohan Bhagwat and BJP President JP Nadda. The posters have been put up days after Gandhi made a statement saying its in the DNA of BJP-RSS to try and erase reservations.

Take a Look at the Pic:

On February 10, following the Supreme Court upholding 2018 amendments to the SC/ST Act, Gandhi had targeted the BJP and RSS and said their ideology to end quota. Gandhi went on to say that they never want SC/STs to progress and that they were breaking the institutional structure.

Taking a dig at Prime Minister Narendra Modi and RSS chief Mohan Bhagwat, Gandhi said, "We will not allow reservation to be done away with, no matter how much Modi Ji or Mohan Bhagwat dream of it."