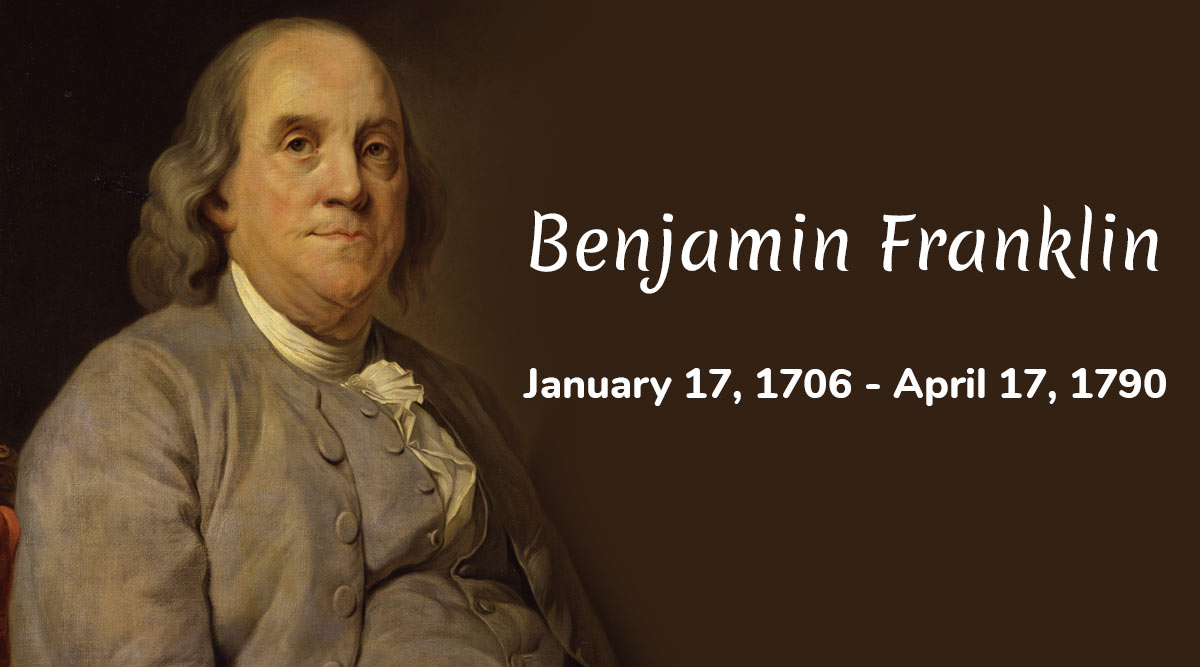 It will be the 314th birth anniversary of Benjamin Franklin on January 17, this year. Known to be one of the founding fathers of the United States of America (USA), Benjamin Franklin donned many hats in his illustrious life. Franklin is known to be one of the most revered figures in American history. His role in America’s struggle for independence and the times following it was unmatched and continues to be a motivation for thousands of people. And as we observe his birth anniversary, we at LatestLY bring to you some of the interesting facts about the legendary figure. Inspirational Sayings by Great Leaders on American Independence Day 2019 for Your Inner Patriot.

2. Not many people know that Benjamin Franklin had founded many civic organisations which included Library Company, Philadelphia’s 1st fire department, and also the University of Pennsylvania.

3. It is a little known fact that Benjamin Franklin was given the title of ‘First American’ for his role in America’s independence, and helping to overthrow other British colonies as well.

4. Benjamin Franklin and Alexander Hamilton are the only two persons who are there on US dollar bills, despite not being an American President.

5. Benjamin Franklin loved swimming in his childhood, and his first invention was in the same field too. He invented swimming fins for the hands. For his contribution in the field of swimming, he was inducted into the International Swimming Hall of Fame.

6. Benjamin Franklin never patented any of his inventions. In his autobiography, he wrote, “As we enjoy the advantages from the inventions of others, we should be glad of an opportunity to serve others by any invention of ours; and this we should do freely and generously.”

8. Not only he is one of the Founding Fathers of the US, but also the one to have signed all the three documents that freed America from Britain – United States Constitution, The Treaty of Paris, and the Declaration of Independence.

9. There are over 151 places and institutions which are named after Benjamin Franklin – 1 state, 32 counties, 50 municipalities, 3 geologic features, 6 colleges and universities, 23 high schools, 8 middle schools, 14 elementary schools, 2 businesses, 3 transportation ways, and 9 other things.

10. Not many people know that Benjamin Franklin himself owned and dealt in slaves, and believed in slavery, initially. However, in the late 1750s, he went against his initial slavery opposed it.

11. Benjamin Franklin was one of the 17 children of his parents, i.e. Josiah Franklin and Abiah Folger Franklin.