Lord Buddha left us in the ancient period, but his eternal quotes are still enthralled by his followers. His teachings will continue to inspire and develope good values within us. 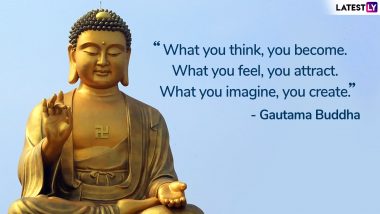 Devotees in India and across the Asian countries will celebrate the birthday, enlightenment and death of Gautama Buddha, the founder of Buddhism. Buddha Jayanti, also known as Buddha Purnima or Vesak is the most sacred Buddhist festival. The birth anniversary of Lord Buddha is held on a full moon in late April or May each year. In 2019, Buddha Jayanti will be celebrated on May 18 in India and it will be the 2581st birth anniversary of Lord Buddha. As the auspicious festivity is nearing, Lord Buddha followers are looking for his immortal quotes that continue to inspire them. Since the search trend for Buddha Jayanti 2019 quotes is increasing, we have compiled inspirational sayings of Gautama Buddha that will regain the spirituality in you on the auspicious occasion of Buddha Purnima. Along with Buddha Jayanti quotes, you can also download Lord Buddha images that symbolise the spiritual leader’s emphasis on compassion, peace and happiness. Vesak Poya 2019 Date and Significance: Buddha Jayanti or Buddha Purnima Celebrations in Sri Lanka.

Buddhists regard Lumbini (which is now part of Nepal) to be the birthplace of Gautama Buddha. Named Siddhartha Gautama, historians say that he was born as a prince into a royal family sometime in the 5th or 6th century BC. At the age of 29, he left his family and began his quest for enlightenment after seeing the extent of human suffering beyond the walls of his magnificent palace. Gautama Buddha is believed to have passed away at Kushinagar in Uttar Pradesh, at the age of 80. Hindu communities in India, believe Buddha to be the ninth incarnation of Lord Vishnu, as indicated in Holy Scriptures. As auspicious the festival of Buddha Jayanti is, Lord Buddha quotes inspire humanity and will help you to attain peace and dedicate your life to good causes. Know Significance And Celebrations Associated With Buddha Jayanti. 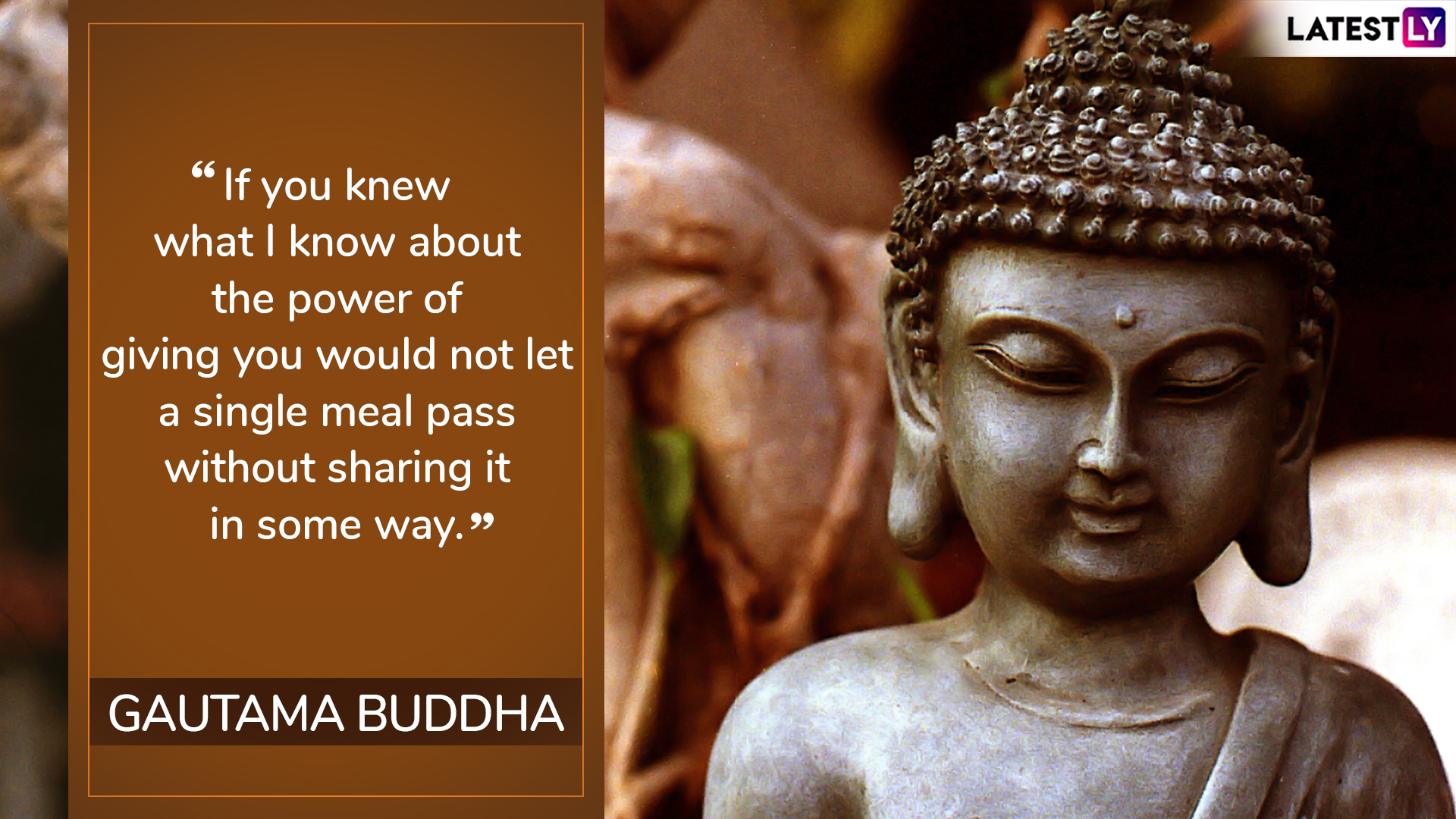 "If you knew what I know about the power of giving you would not let a single meal pass without sharing it in some way." - Gautama Buddha 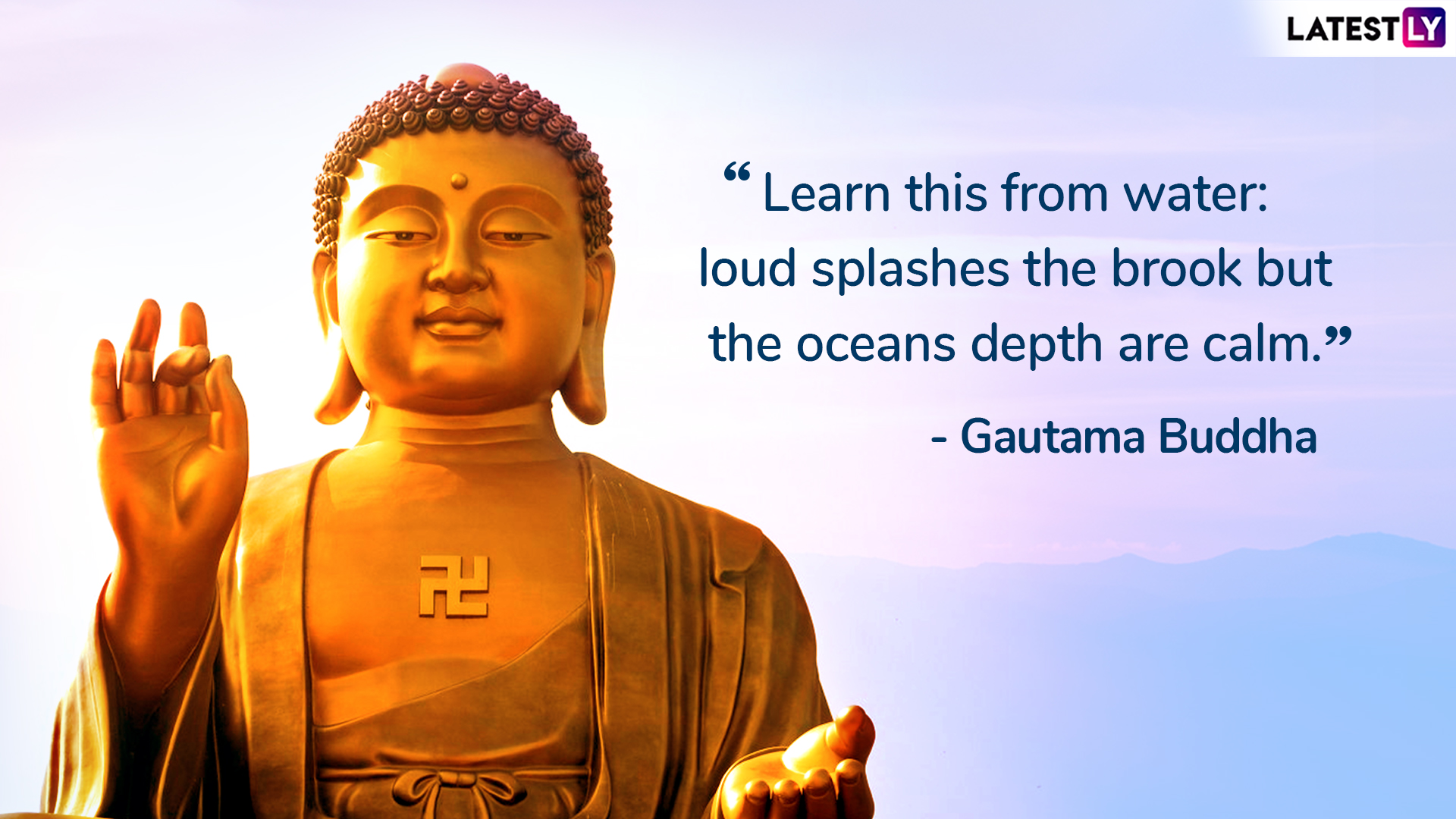 "Learn this from water: loud splashes the brook but the ocean's depth are calm." - Gautama Buddha 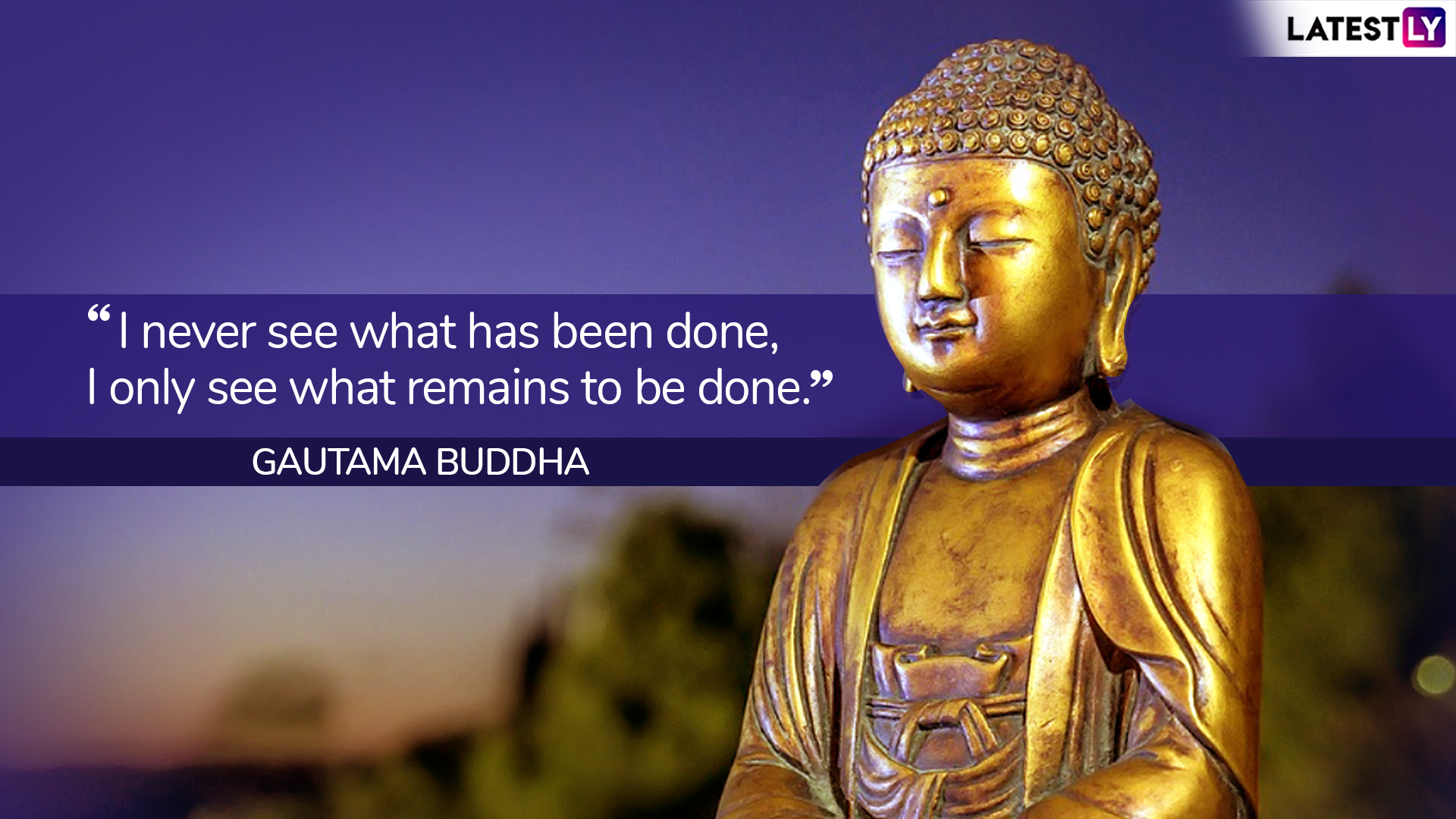 “I never see what has been done; I only see what remains to be done.” - Gautama Buddha 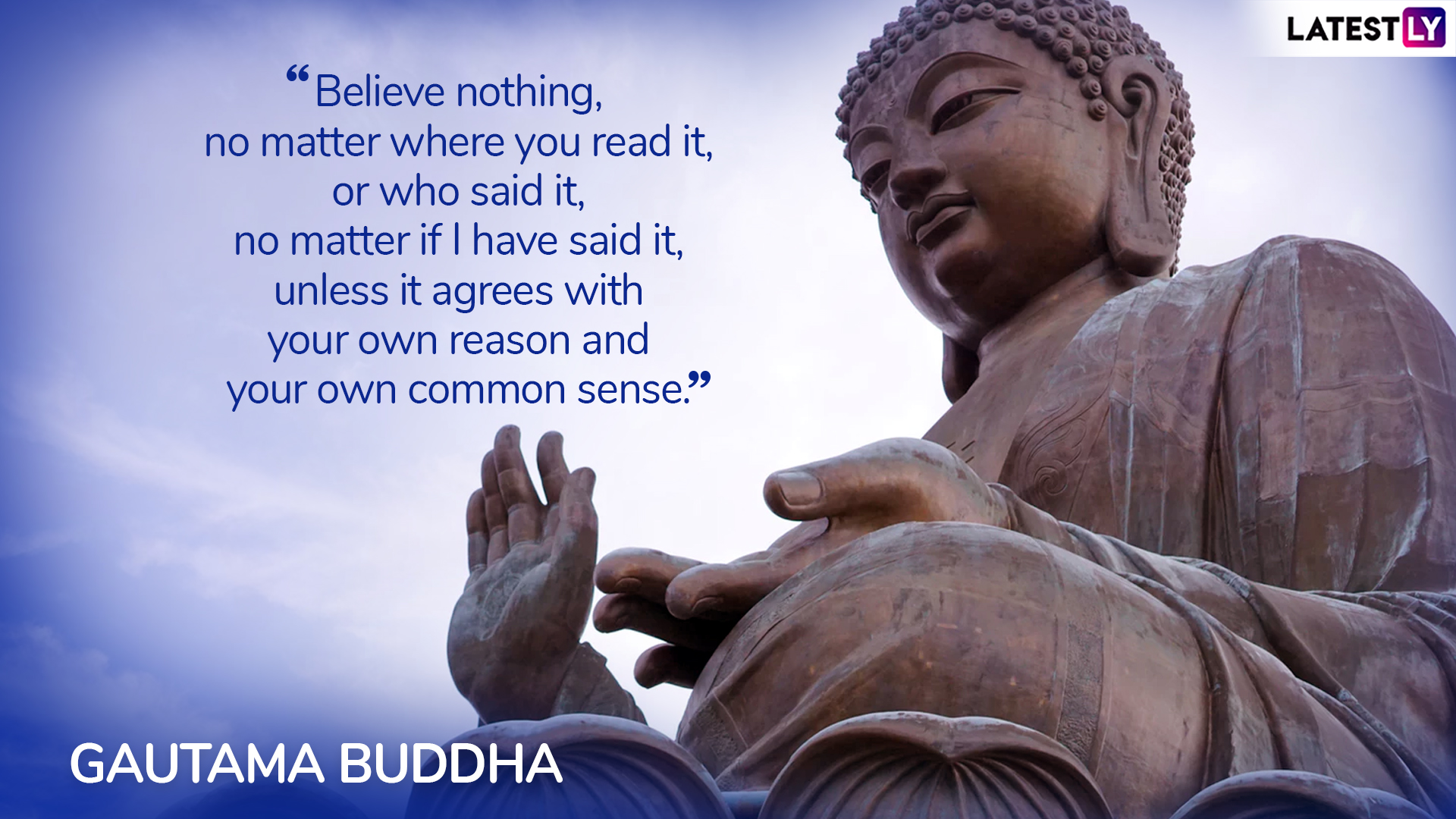 “Believe nothing, no matter where you read it, or who said it, no matter if I have said it, unless it agrees with your own reason and your own common sense.” - Gautama Buddha 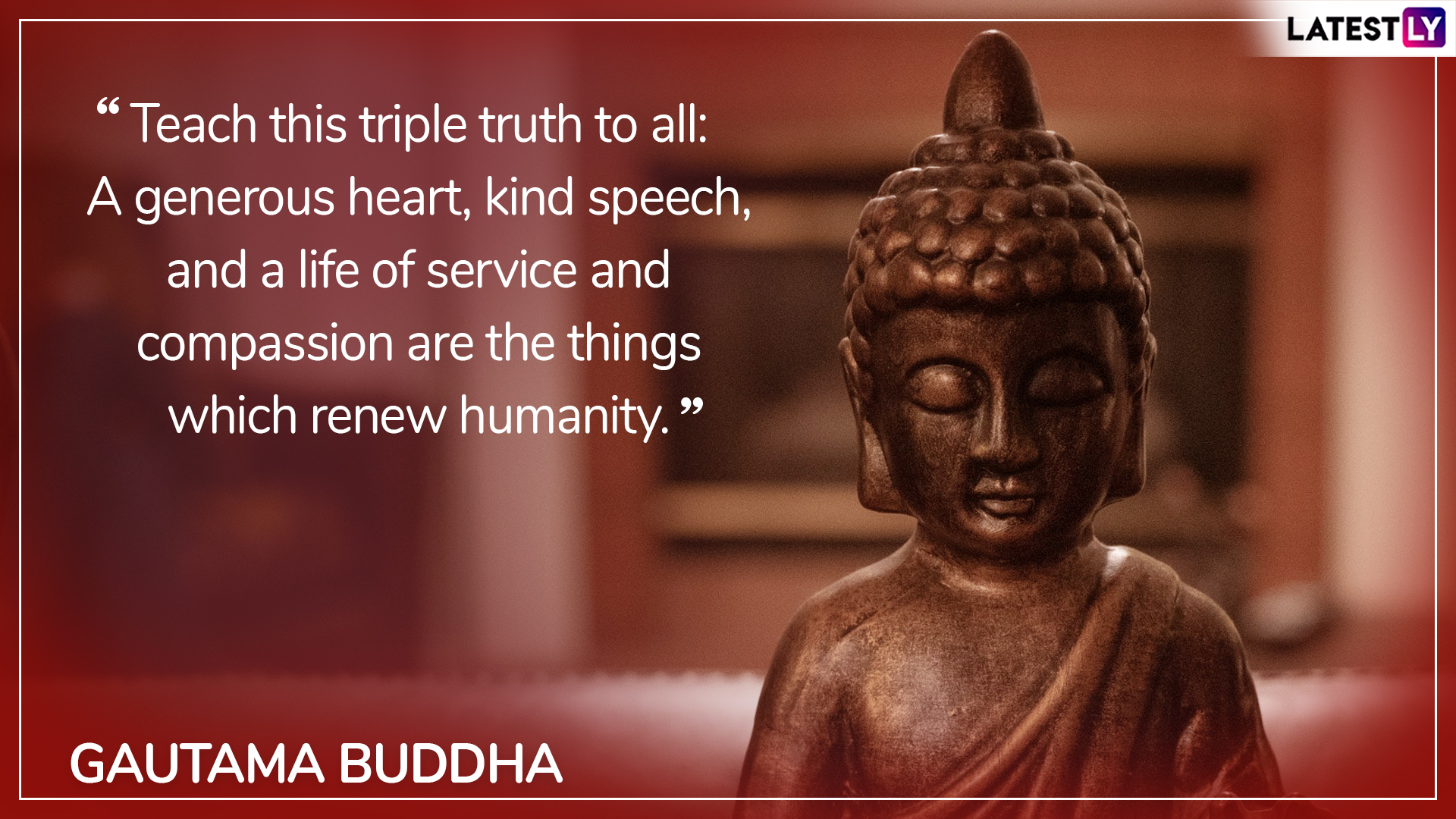 “Teach this triple truth to all: A generous heart, kind speech, and a life of service and compassion are the things which renew humanity.” - Gautama Buddha 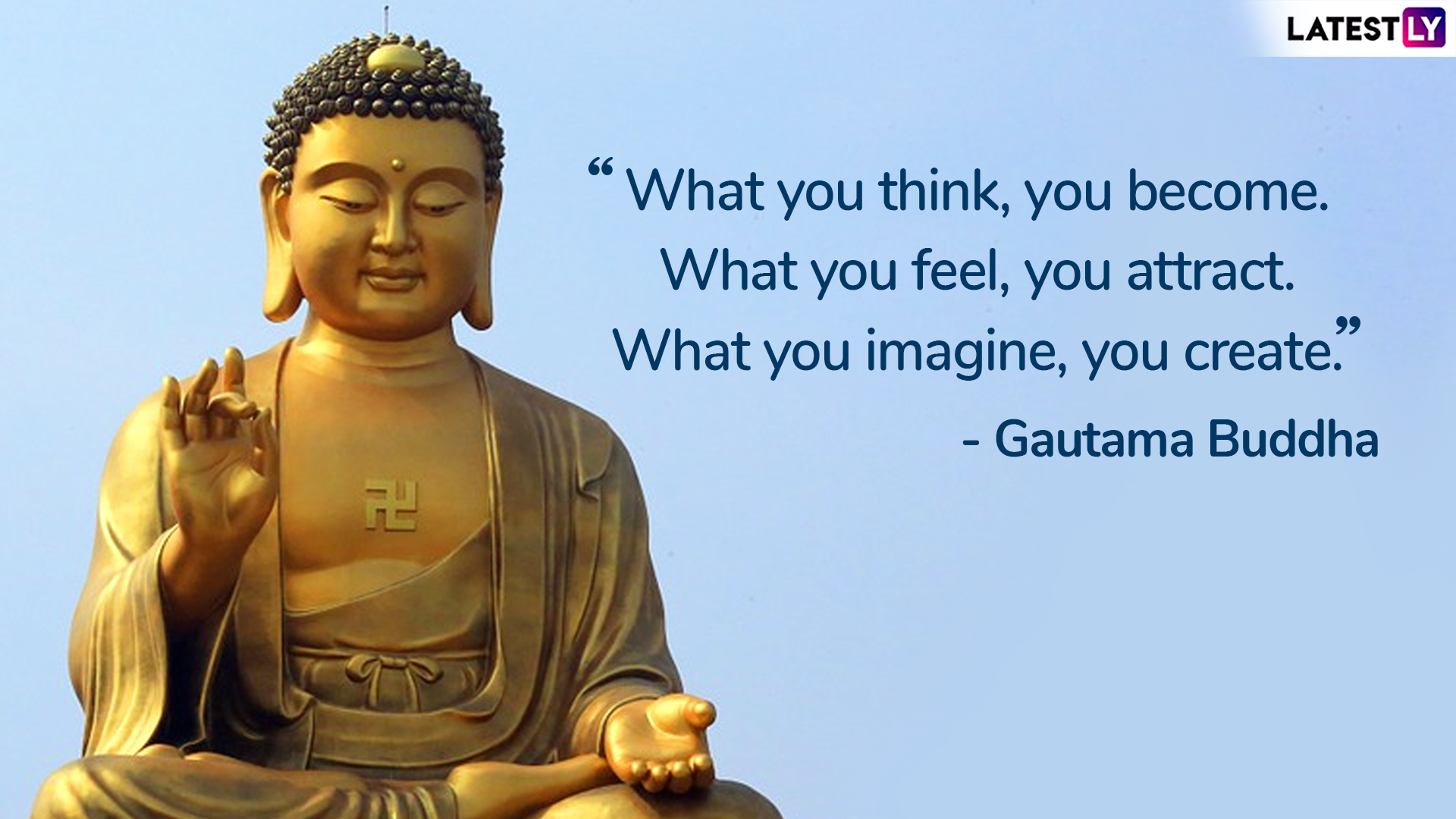 “What you think, you become. What you feel, you attract. What you imagine, you create.” - Gautama Buddha

Lord Buddha left us in the ancient period, but his eternal quotes are still enthralled by his followers. His teachings will continue to inspire and develope good values within us. Gautama Buddha is the greatest teacher of mankind. Share the above Buddha Jayanti 2019 quotes on Buddha’s birth anniversary and spread his teachings and positivity to all the close people you know this Buddha Purnima.

(The above story first appeared on LatestLY on May 16, 2019 03:05 PM IST. For more news and updates on politics, world, sports, entertainment and lifestyle, log on to our website latestly.com).