We wish everyone celebrating this beautiful festival a very Happy Rama Navami to you. We hope you follow the path laid down by Shree Rama, imbibe strong characteristics and values of Rama. 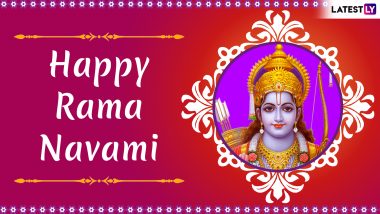 Rama Navami, one of the biggest Hindu festivals in India is celebrated on two dates this year. It was celebrated on April 13 (Saturday) by those following Hindu calendar while followers of Vaishnava calendar will observe Rama Navami 2019 on April 14 (Sunday). Lord Rama was born to King Dasharatha and Kaushalya in Ayodhya, a city in the Indian state of Uttar Pradesh. Rama Navami which goes by Sri Rama Navami or Rama Jayanthi is also a major festival in South India, especially in Tamil Nadu. To celebrate the auspicious day, we bring you a collection of Rama Navami 2019 greetings, messages and wishes in Tamil, Hindi and English. You will also find Happy Ram Navami WhatsApp Stickers, Shree Rama GIF images, Facebook photos, Ram Navmi WhatsApp messages, Rama Navami SMS and quotes. Rama Navami Images & Shree Ram HD Wallpapers for Free Download Online: Wish Happy Ram Navami 2019 With GIF Greetings & WhatsApp Sticker Messages.

Rama Navami is a part of Chaitra Navratri, the nine-day spring festival dedicated to Goddess Durga. It marks the birth anniversary of the seventh avatar of Lord Vishnu in human form. Rama was born on the ninth day (Navami tithi) of the bright half (Shukla Paksha) in the Hindu calendar month of Chaitra, which corresponds to the months of March or April as per Gregorian Calendar. Shree Rama is a major deity in Vaishnavism (also called Vishnuism), one of the major traditions within Hinduism along with Shaivism, Shaktism, and Smarthism. His followers known as Vaishnavas follow a Vaishnava calendar, and celebrate Rama Navami according to the mentioned tithi. You can learn more about Ram Navami 2019 Date & Time in India and When Is Ashtami-Navami & Significance? Rama Navami Shubh Muhurat and Puja Vidhi. 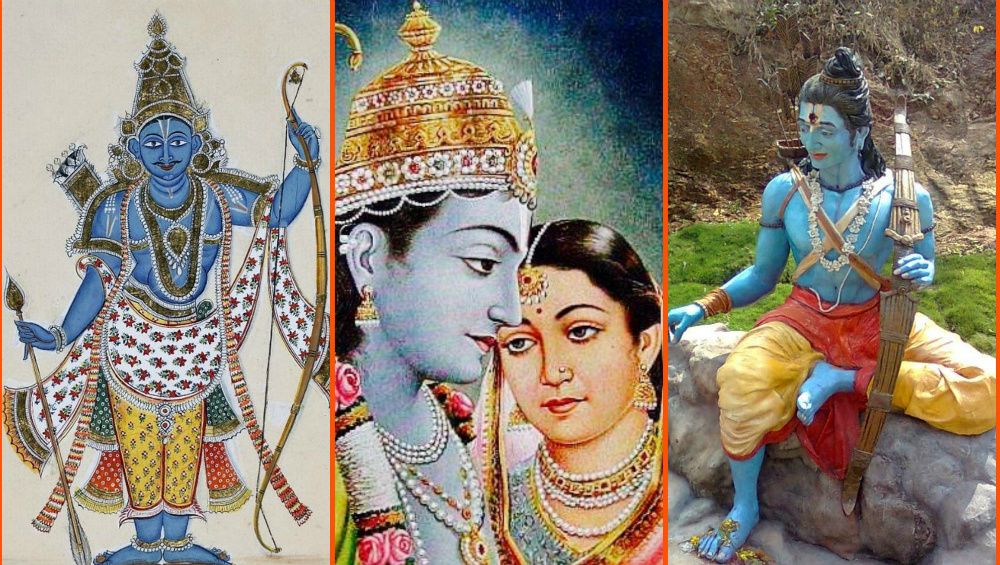 WhatsApp Message Reads: On this Holy Occasion of Rama Navami, I am wishing that blessings of Shri Ram be with you. Your heart and home be filled with happiness, peace and prosperity. Happy Ram Navami! 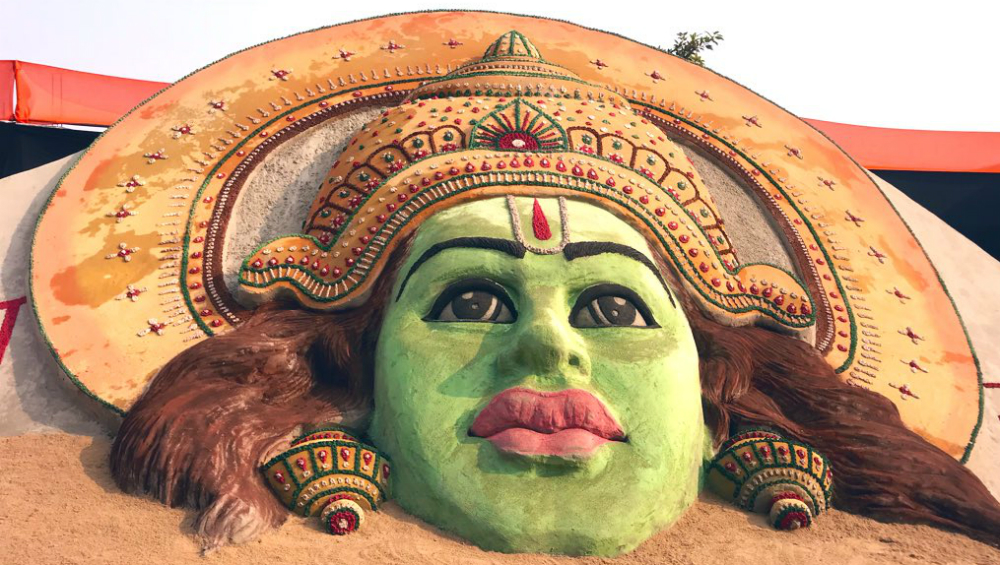 WhatsApp Message Reads: May You Be Blessed on the Birth of Lord Rama to King Dasharatha and Queen Kausalya of Ayodhya! A Very Blessed Ram Navami to You N Ur Family. Ram Navami 2019 Messages in Hindi: WhatsApp Stickers, Jai Shree Ram Images, Quotes and GIF Greetings to Wish on Last Day of Navaratri. 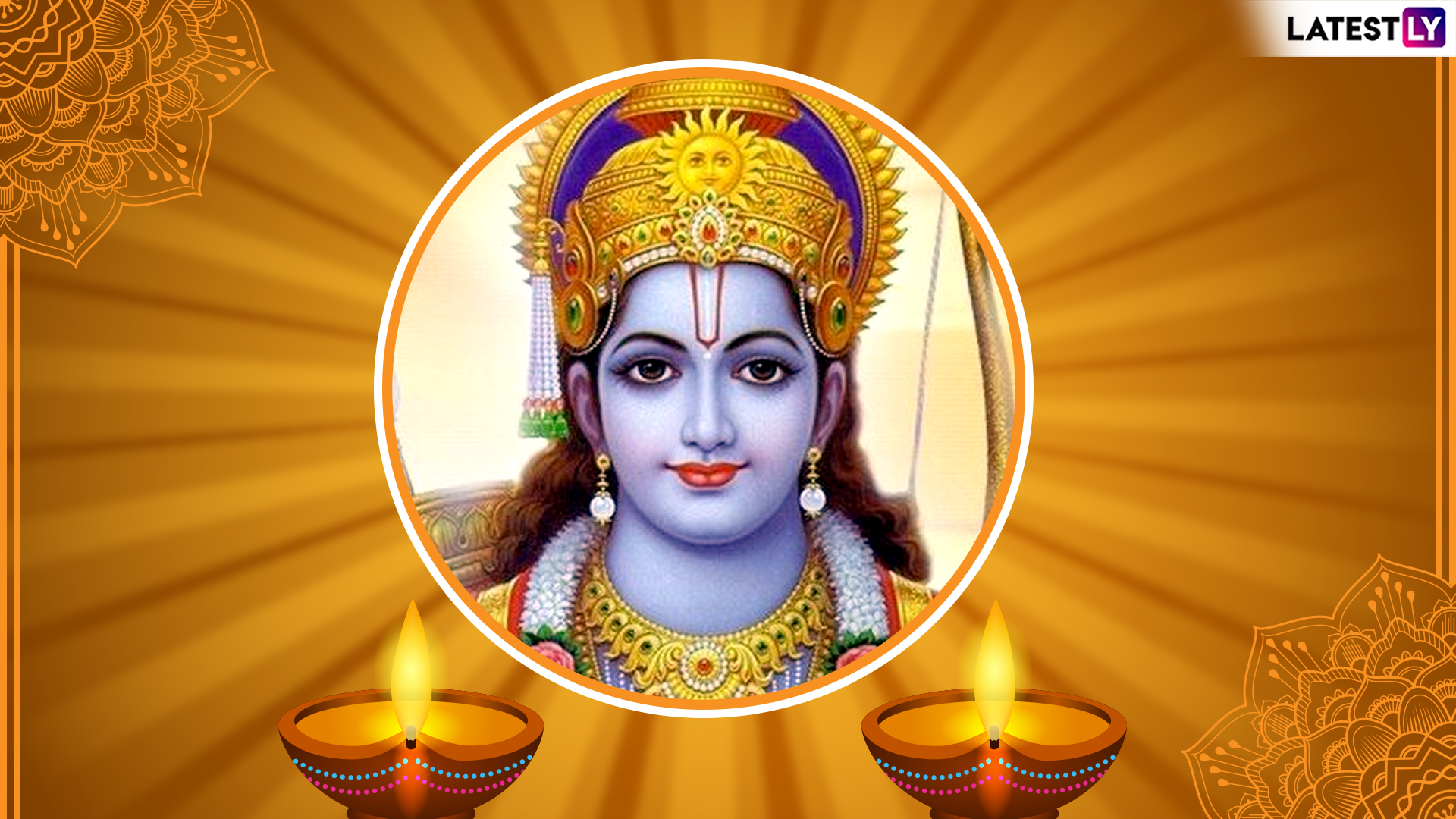 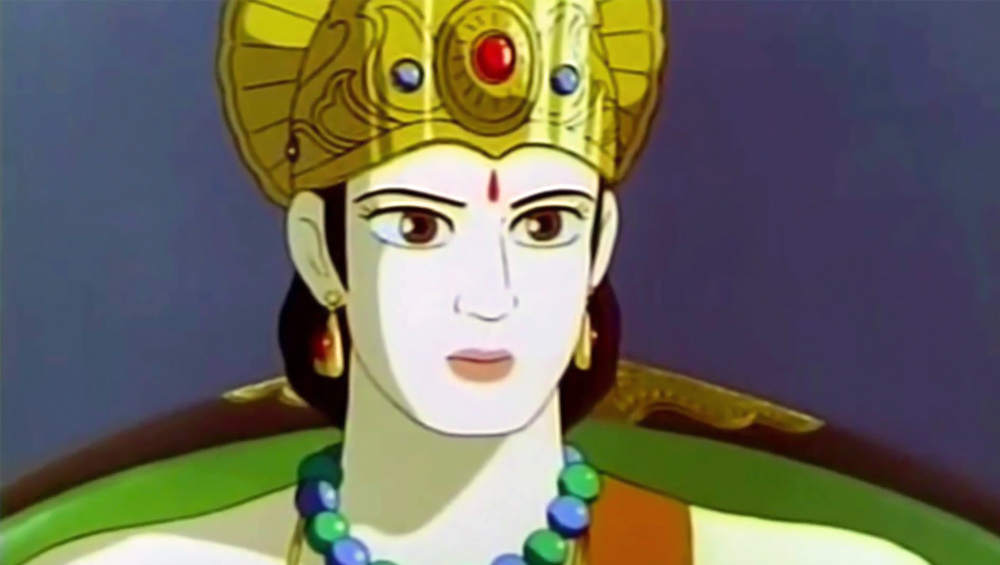 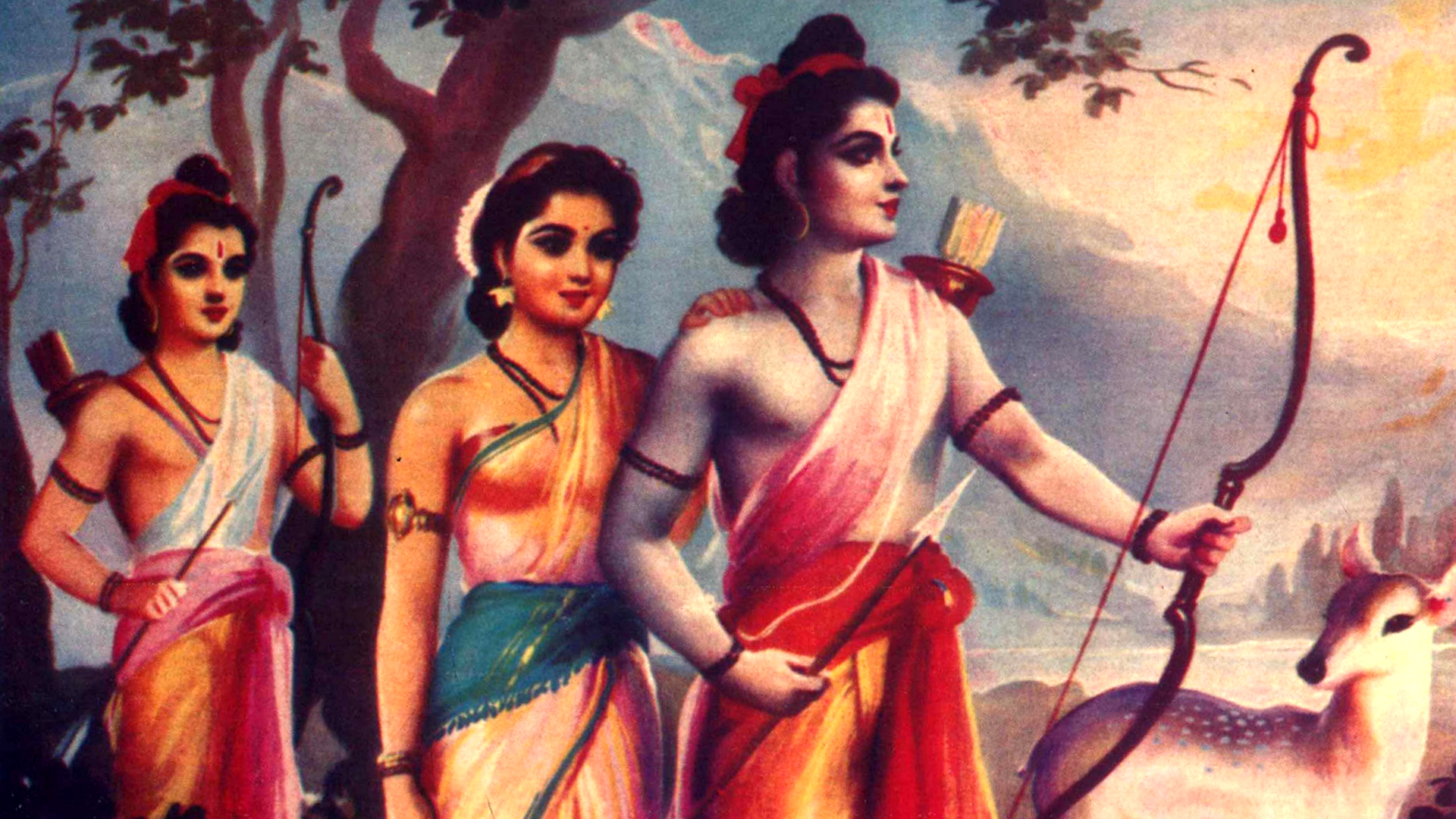 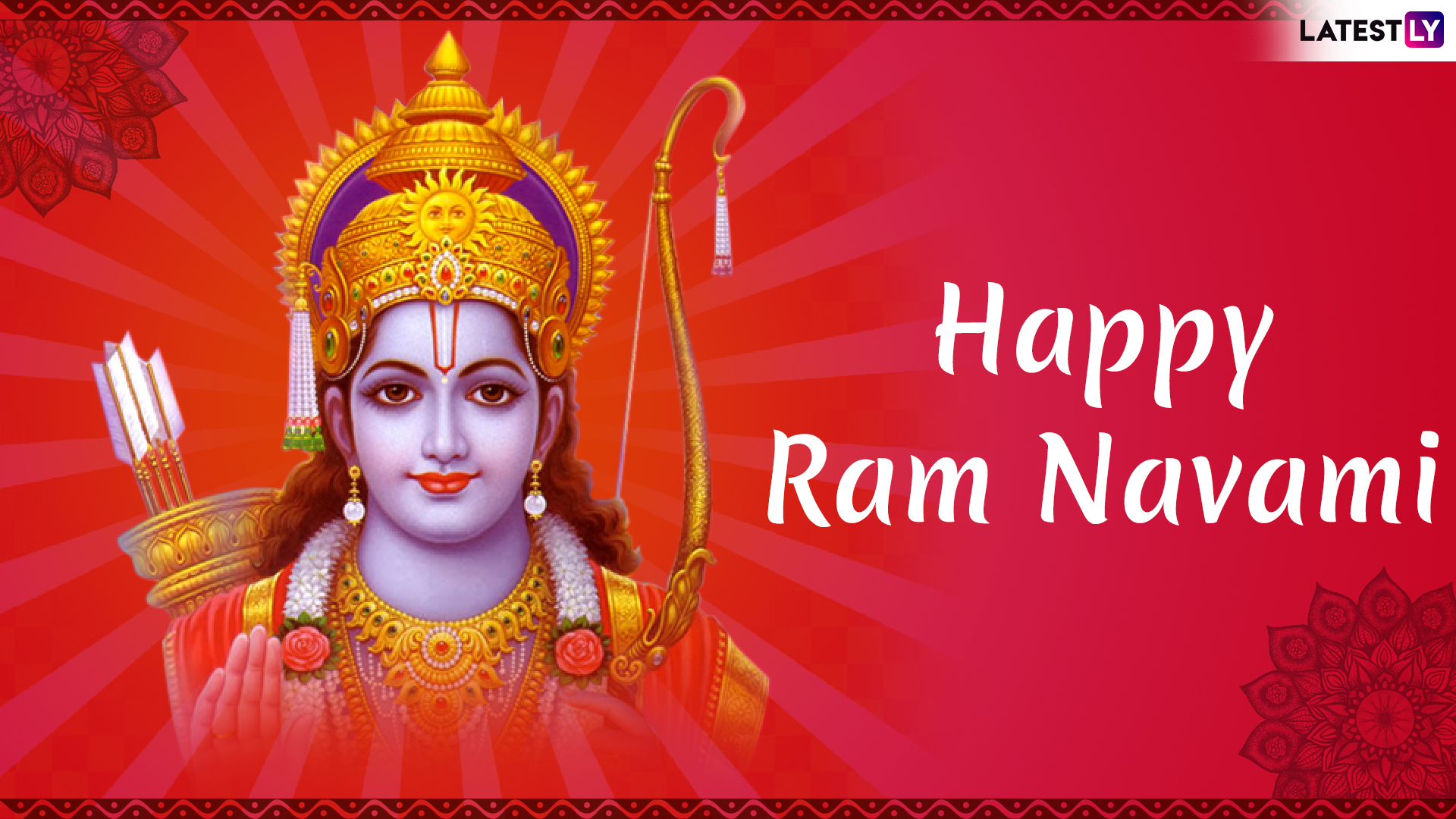 Some of the most important places where grand Rama Navami celebrations will take place are at Ayodhya and Sita Samahit Sthal in Uttar Pradesh, Sitamarhi in Bihar, Janakpurdham in Nepal, Haridwar in Uttarakhand, Puri in Odisha, Bhadrachalam in Telangana, Kodandarama Temple at Vontimitta in Andhra Pradesh and Rameswaram in Tamil Nadu. We wish everyone celebrating this beautiful festival a very Happy Rama Navami to you. We hope you follow the path laid down by Shree Rama, imbibe strong characteristics and values of Rama.

(The above story first appeared on LatestLY on Apr 14, 2019 07:45 AM IST. For more news and updates on politics, world, sports, entertainment and lifestyle, log on to our website latestly.com).