Rabindranath Tagore Jayanti 2021: Inspirational Quotes From The Bard Of Bengal in Remembrance of His Genius on His 160th Birth Anniversary

Rabindranath Tagore's prominence as a Cultural Icon transgresses geographical boundaries. Each year, May 7th - the day of his birth - is observed as Rabindranath Tagore Jayanti in the celebration of his genius. Let's commemorate his birthday with a few of his quotes. 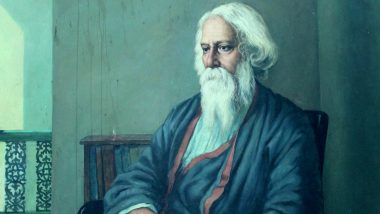 Born on May 7, 1861, as Robindronath Thakur, his legacy to the field of literature and art remains unparalleled. Inarguably, Rabindranath Tagore's - as he is widely known -  profound contribution to Bengali and English literature has left an indelible mark in his wake.  His prominence as a cultural icon transgresses geographical boundaries. Each year, May 7th - the day of his birth - is observed as Rabindranath Tagore Jayanti in the celebration of his genius. Here are some of his most inspirational quotes to celebrate Rabindranath Tagore's 160th birth anniversary.

A polymath who also went by his pen name Bhanu Singha Thakur was the first Asian to win a  Nobel Prize in the field of literature in 1913. With significant contributions as a poet, a playwright, a writer, composer, it wouldn't be a stretch to call him the Renaissance Man of India. Widely known as the Bard of Bengal, he also composed the national anthem for three different countries - India,  Bangladesh, Srilanka - and his profound works still remain relevant across the globe. Let's commemorate his birthday with a few of his quotes. 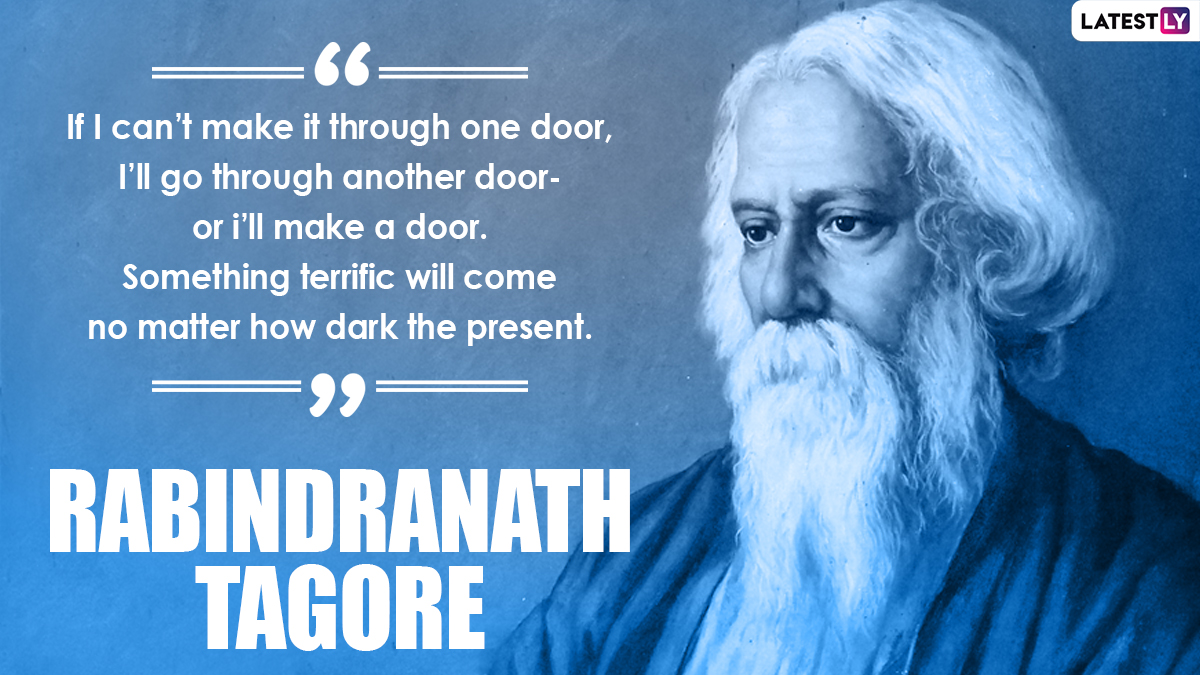 “If I can’t make it through one door, I’ll go through another door- or I’ll make a door. Something terrific will come no matter how dark the present.” 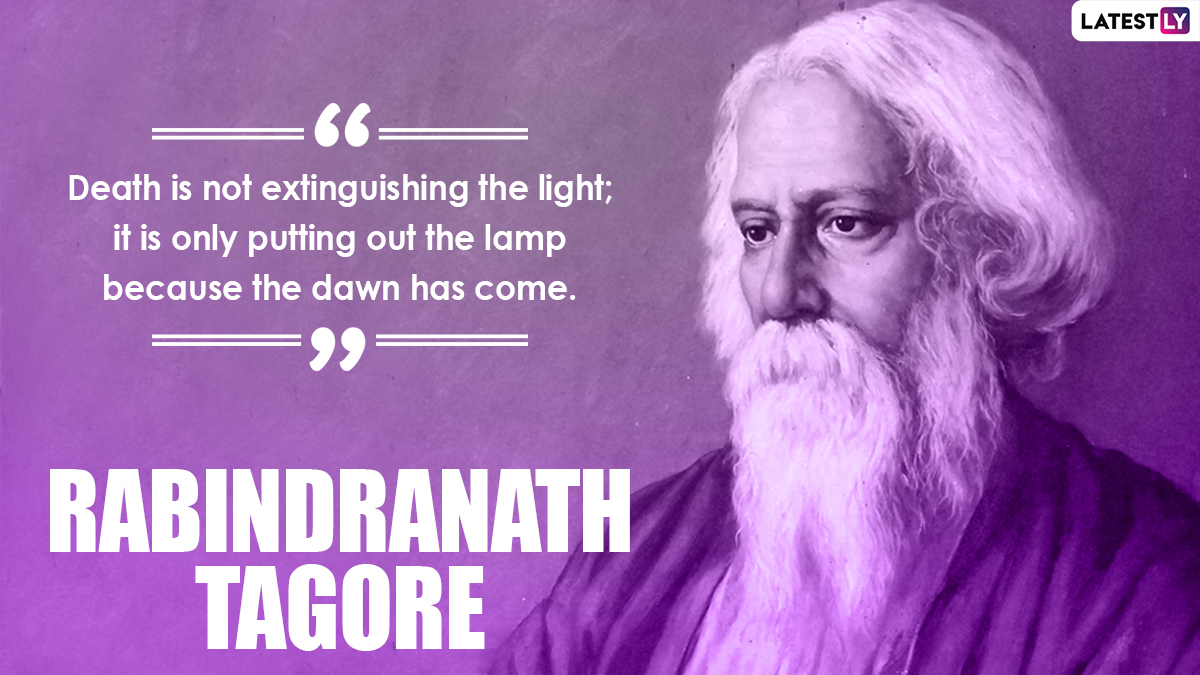 “Death is not extinguishing the light; it is only putting out the lamp because the dawn has come.” 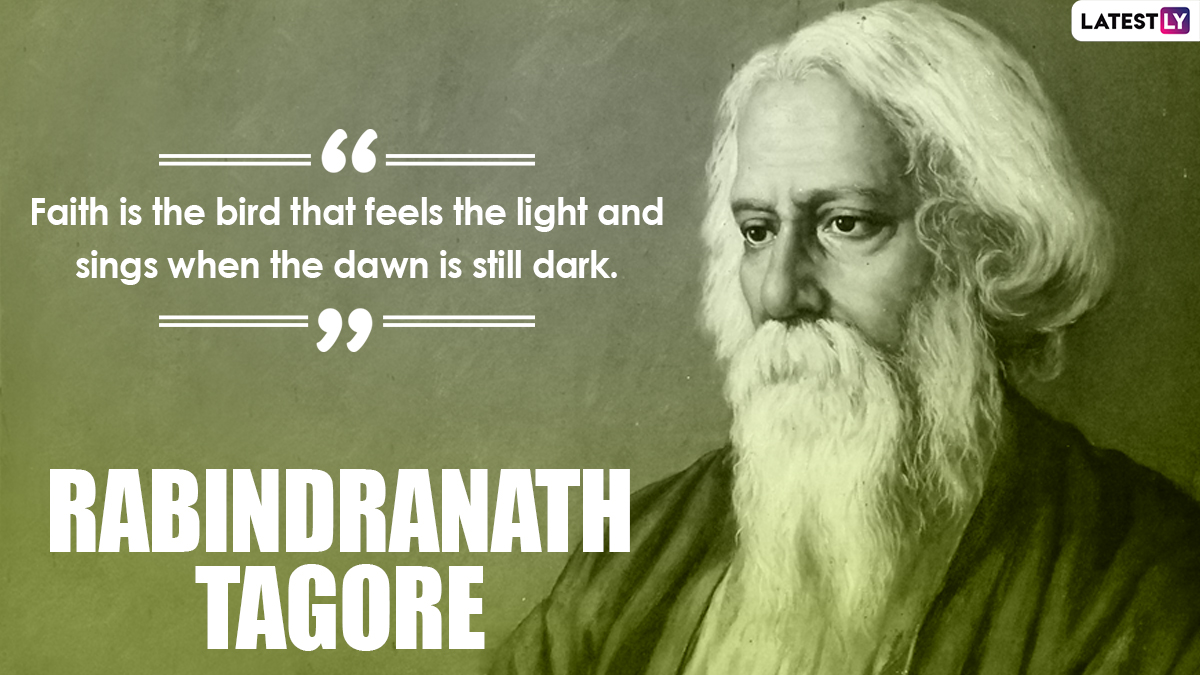 “Faith is the bird that feels the light and sings when the dawn is still dark.” 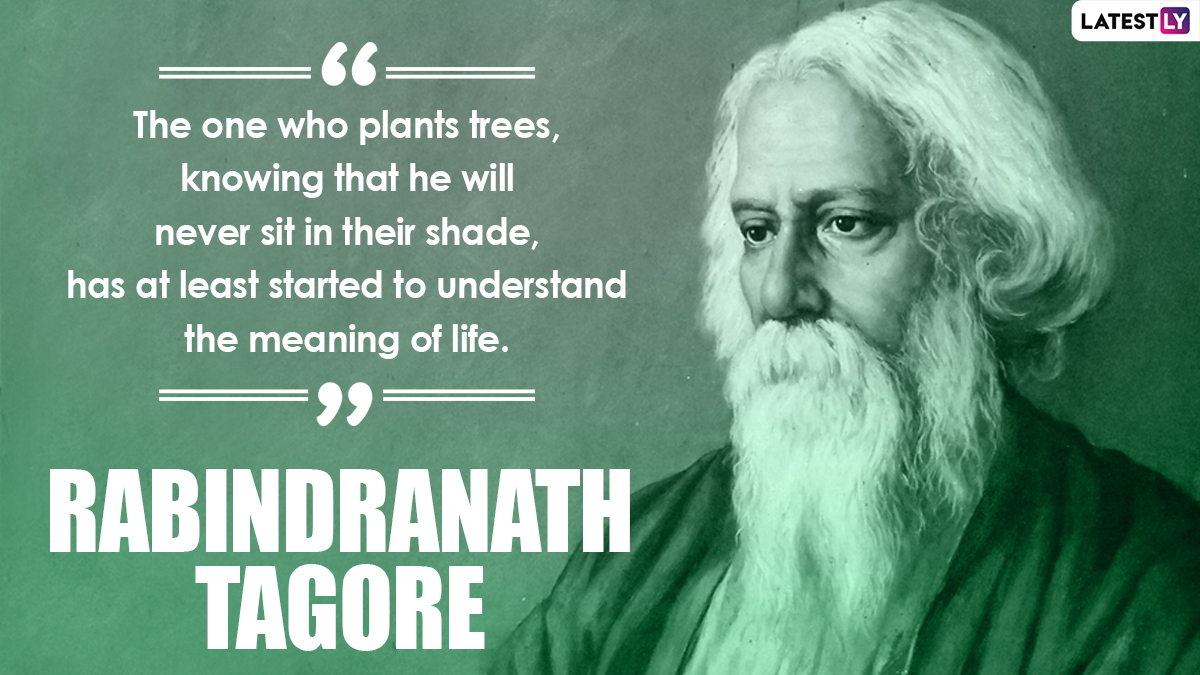 “The one who plants trees, knowing that he will never sit in their shade, has at least started to understand the meaning of life.” 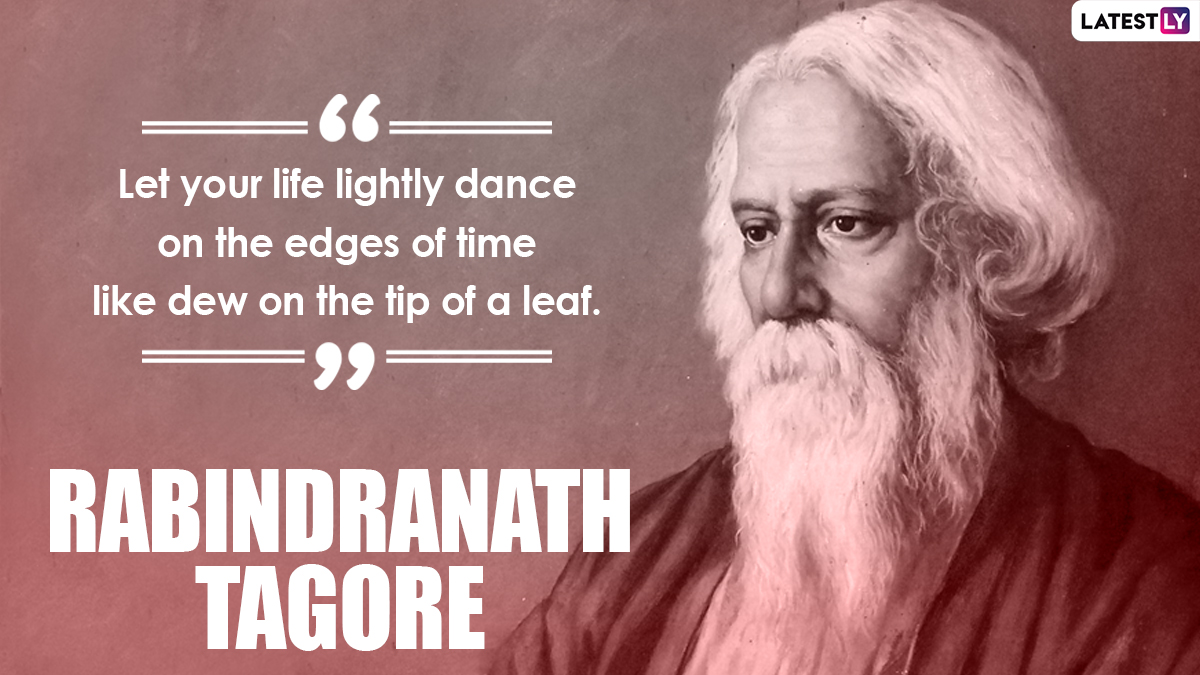 “Let your life lightly dance on the edges of time like dew on the tip of a leaf.”

The beloved novel laureate has not only enlightened the world with his sage words but also has a dinosaur named after him called Barapasaurus Tagorei. His significant contribution to arts still reverberates across the world. It's only natural to celebrate the day with reverence for his ingenuity.

(The above story first appeared on LatestLY on May 06, 2021 05:14 PM IST. For more news and updates on politics, world, sports, entertainment and lifestyle, log on to our website latestly.com).