Vijay Diwas 2019: Date And Significance of Bijoy Dibosh, the Day When India Won the 1971 War Against Pakistan and Bangladesh Got Liberation 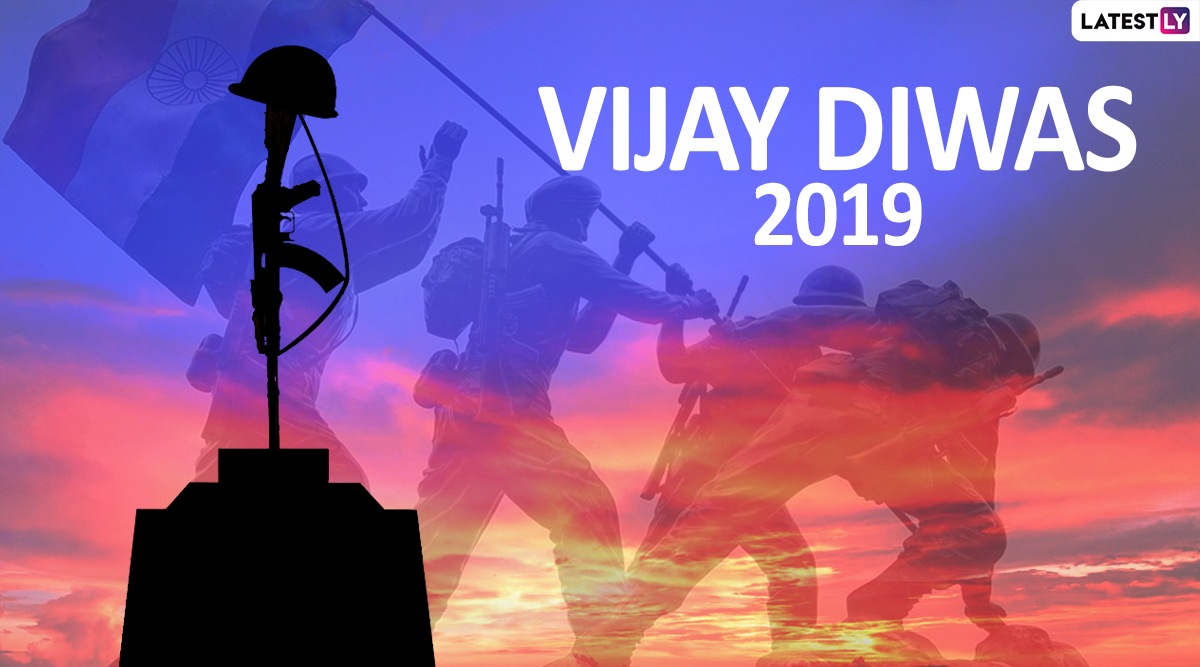 Vijay Diwas, also popularly known as Bijoy Dibosh in Bengali, is celebrated every year in both India and Bangladesh. The day marks the victory of Indian armed forces over Pakistan in the Indo-Pakistani War of 1971. The war was fought for the liberation of East Bengal (later recognised as Bangladesh), as an independent nation, from Pakistan. It was on this day that the Pakistan Army tendered an unconditional surrender to the Indian forces.

When is Vijay Diwas or Bijoy Dibosh 2019 Celebrated?

Vijay Diwas 2019, like every year, will be celebrated on December 16. The day marks the victory of Indian forces in the 13-day war over Pakistan which resulted in secession of East Pakistan into Bangladesh.

Vijay Diwas is celebrated as ‘Victory Day’ in Bangladesh too and popularly called as ‘Bijoy Dibos’. The date, i.e. 16th December 1971, marks the end of the 9-month-long Bangladesh Liberation War which had begun on March 26, in the same year. The day, i.e. Vijay Diwas or Bijoy Dibosh, holds a significant importance in the history of India, Pakistan, and Bangladesh, for obvious different reasons.

After (West) Pakistan declared the 1970 National Elections invalid, where Awami League (East Bangladesh-dominant political party) won the majority, there was unrest and a state of civil war in East Pakistan. The PM-designate Sheikh Mujibur Rahman was arrested which further worsened the internal affairs in the country. Of what began with Operation Searchlight in March 1971, it ended with Pakistan’s unconditional surrender on December 16.

Pakistan attacked India in the night of December 3 with pre-emptive strikes on 11 airfields in north-western India. In the same evening, PM Indira Gandhi addressed the nation saying, ‘the airstrikes were a declaration of war against India’. Know All About Kargil War of 1999 Fought Between India & Pakistan.

The India-Pakistan War ensued for 13 days, after which the Pakistani forces surrendered. Pakistan Army’s Lt. General AA Khan Niazi signed the ‘Instrument of Surrender’, which enabled surrender of Pakistan’s Army in East Pakistan (now Bangladesh) and also marked the end of Indo-Pakistani War of 1971. Indian Armed Forces had captured over 93,000 prisoners of war at the end of this war.

On this day, i.e. December 16, every year people across the country savour the victorious moment against Pakistan in the war. They spend the day remembering those soldiers who laid down their lives for the countries. The anniversary of Vijay Diwas, or Bijoy Dibosh, sees people in both India and Bangladesh paying tributes to the martyrs, who sacrificed their lives for the liberation of Bangladesh – now the 8th most-populous country in the world.