Food Ethos: What to Eat & Avoid As You Are What You Eat 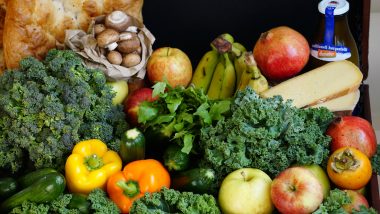 Food to a large extent is what holds a society together, and eating is closely linked to deep spiritual experiences. – Peter Farb

It is often said “Jaisa ann, waisa mann; jaisa paani, waisi vaani” – as is my food, so will be my mind; as is my water, so will be my vocabulary. Among Hindus, awareness of the consequences of your actions is pivotal, and that applies to the food we consume. In Ayurveda, the karmic effect of our food on our body is effectively explained – something we all must consider before eating anything. As per the Vedas, our food is divided into three: Satvik, Rajasik, and Tamasik. This is similar to the Bhagawat Geeta classifying foods as:

food of passion, and

This disarray today is proof of the consequences food has on our minds and bodies. We take our food from another living being – it turns into the life that we breathe in. All lives around us come from Earth – plants, worms, animals, humans. In the end, we all come from the same soil. When the circle of life moves to another, it draws the essence of the previous entity. We are consistently adopting the lives of those we consume. Those emotions of the previous being, similar to what humans can feel, get transferred and manifest in you. 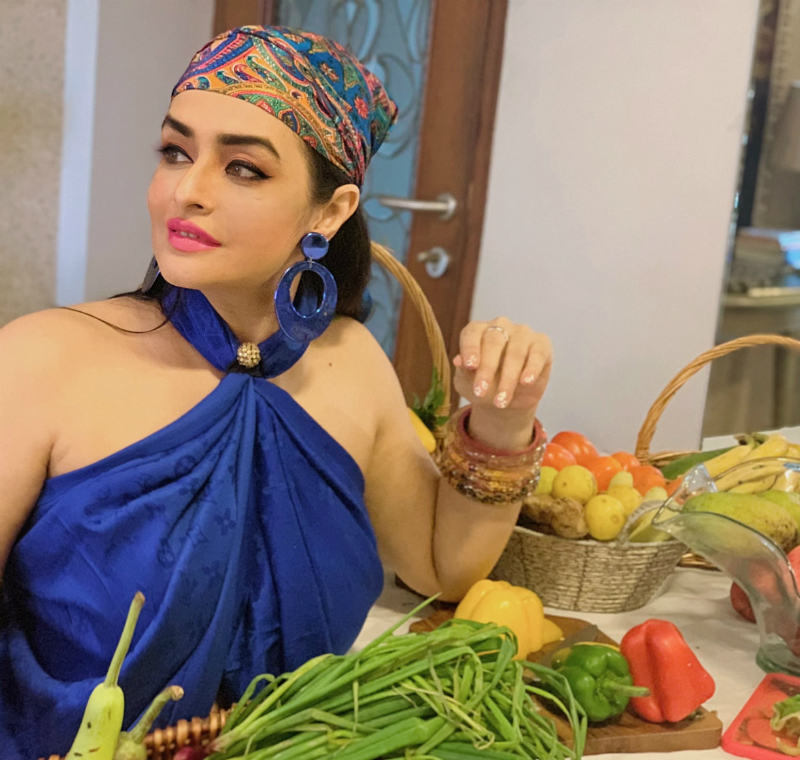 We choose food as per our minds. We cannot embrace peaceful divinity by consuming food prepared through extreme levels of cruelty; tamasik food cannot build a satvik mind. Correspondingly, many food-related studies and cultures agree that people choose their food according to their professions and basic metabolism. When your diet consists of wholesome, plant-based foods, it changes the composition of your genes turning on the good ones, turning off the bad. Genes are a predisposition, not your fate. A suitable satvik diet can not only heal temporary injuries but also remedy chronic diseases that have been running in your ancestry, along with addictions.

Regarding spirituality and science of the food we eat or the discipline created by ancient scriptures, what was the psychology behind certain food being freely comestible whereas some things were to be shunned? Cooking with fire is a great reaffirmation of our very special place in the cosmos. Humans are intermediaries between gods and animals. Animals cannot cook and the gods love sacrifices, so we send this offering to them as smoke, declaring their elevation above animals who don’t know how to please the gods. Fire is the medium that allows us to tell our stories, but at the same time, we’re asked to protect ourselves from consuming the anger, pain, fear of certain species, because these could’ve been their emotions when alive and before facing death. We need to truly understand what’s served on our plate. The idea is not dismissing any dietary lifestyle, rather understanding and accepting our choices before execution. Vedas say it’s the choice you make based on what your aspirations are.

Centuries ago, the first wildfire of history gave homo sapiens the idea of cooked meat, and from thousands of years, our religion & culture has guided us through its proven facts. Among all diverse cultures and traditions around the world, the only thing that matters is the realisation of the present and adaptation of something that will bring us eternal good health and peace. Forcing a certain diet on someone is totally not advisable; instead one should reflect on the consequences of preferences. 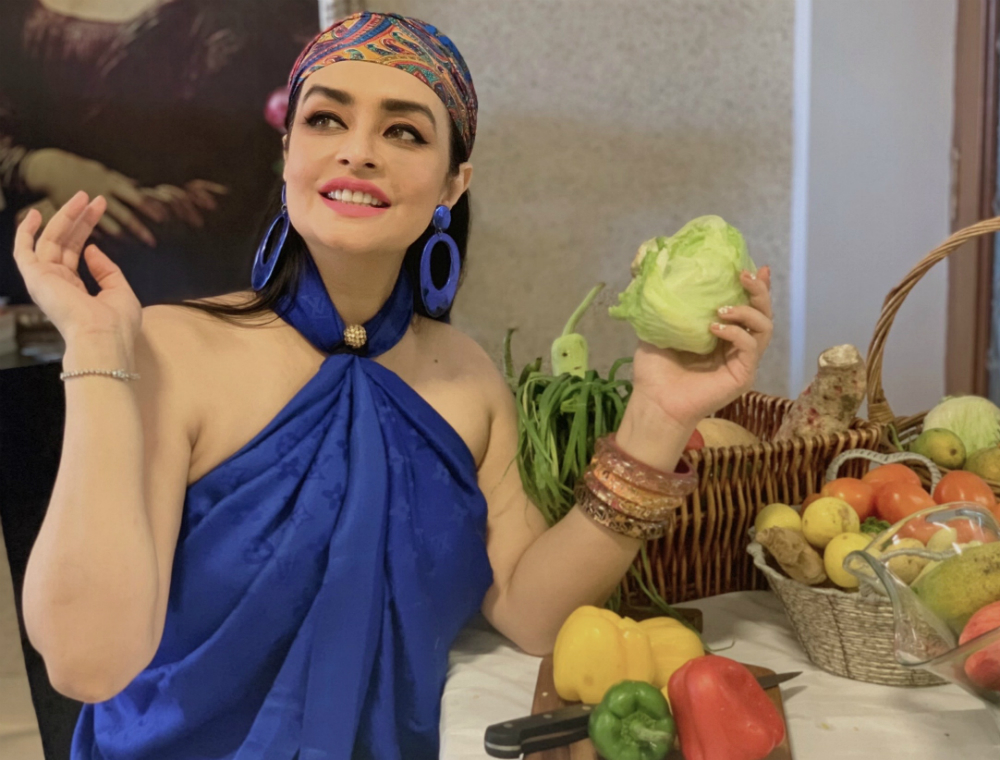 During the 60s-70s, culture started shifting from home-cooked meals to fast food. When women joined the workforce, solutions to get meals ready for the families started developing, giving rise to the creation of food with budget ingredients and lots of flavour due to huge amounts of fat, salt, and sugar. This spiked the dopamine in our brain, making us crave for fast food more despite home-cooking being healthy and therapeutic. Instead, shrewd marketers labelled cooking as tiresome, increasing fast food consumption. Just imagine, something which is salubrious to our brain by smell, vision, and taste, igniting our senses, preparing us to enjoy our meal has turned into a struggle. We were constantly convinced fast food is tastier and cheaper, and we let them cook for us by ignoring actual nutrition values.

Corporation-cooking has reduced the simplicity of delicious meals by adding a chart for ingredients that undermines the art of cooking by showing how difficult and expensive it is to gather tons of products and fill your pantry with them. Furthermore, adding strong chemicals to beverages created this delusional energy boost that people thrive upon, like soda or soft drinks which give you instant energy, and as you gulp it, you crave more. Our appetites have been so badly engineered for such hogwash, causing many chronic disorders like diabetes, blood pressure, and various other health issues. The misery of this vicious loop, from brainwashing a human mind to fascinating them with various kinds of junk food, leading them to many dangerous health crises, to the same food industries now shifting their ethics to selling organic food products as a solution to this crisis, is hilariously ironic. Amidst these marketing strategies and manipulation, the essence of soul food coming from our own kitchens has been lost. 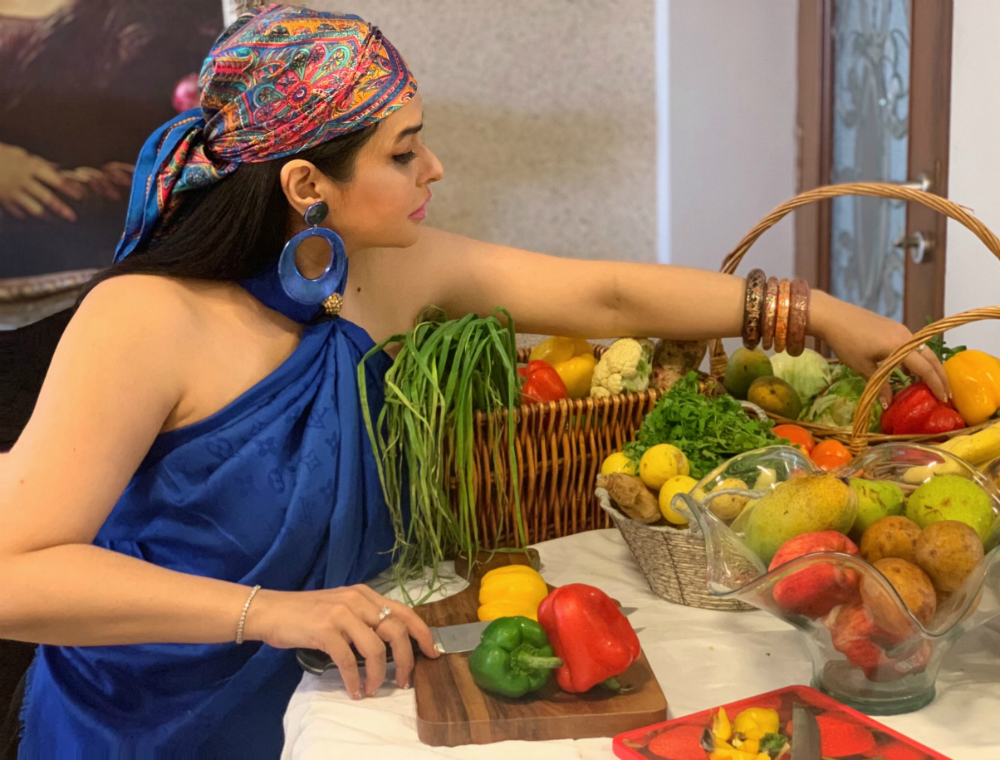 When humans consume meat coming from animals of the same senses and feelings and muscle tissues, they are consuming the agony and torture that animal has experienced before it was butchered. ‘Cortisol’, a stress hormone reduces muscle mass and increases our body fat. Researchers have shown that people who increase animal food with high-in-carbohydrates plant food experience an average drop in cortisol levels to 27%. Taking a larger look at the picture, about 3/4th of all agricultural land in the world is used for livestock production imposing huge costs on biodiversity. Incidentally, the biggest source of habitat destruction is the livestock sector. Meat, dairy, egg, fish, and chicken farming use 83% of the world’s farmland, yet providing only 18% of the world’s calories. The reason livestock requires so much land is because animals are just middlemen consuming an average six times more protein they produce. With more than 70 billion animals consumed globally each year as per the Netflix documentary ‘The Game Changer’, growing animal feed requires vast amounts of land, enabling deforestation. It also requires huge amounts of water. 25% of the rivers no longer reach the ocean because we are siphoning water to produce animal feed. One hamburger is 2400 litres of embedded water. More than 1/4th of humanity’s freshwater consumption produces animal foods. So, as side effects of the same animal waste going into rivers, causing pollution is another battle we will be fighting for a very long time. If we can eat more plants and reduce dairy, it is a better way of balancing our ecosystem.

Hinduism isn’t the only practice advocating vegetarianism. The beginning of Christianity before the Roman Empire had similar religious values along with Buddhism. This is backed by medical facts on our food intake. Science and metaphysics say the food is not just nutrition for the body; it is energy, neurotransmitters, and blood cells living inside us. Dr Richard Wrangham from Biological Anthropology (Harvard University) has proven in his studies on human evolution that the food which could be the most relied upon wasn’t animal meat as popularly perceived – it was plant-based. The New Scientist blog says relics show the real paleolithic diet was a vegetarian feast. Advanced technology analysed gladiator fossils to have a closer look at the tools, teeth, and bones proving that early humans were almost vegetarians. Human beings do not have any socialized, genetic, anatomical, or physiological adaptation for meat consumption. In contrast, we have longer digestive tracts than carnivores that can digest plants and tough fibres; we lack the ability to self-produce vitamin C mostly found in plants. This indicates just how reliant upon plants we actually are. Humans have a trichromatic vision as opposed to carnivores that have dichromatic vision. We can see more colours and this is very important when you need to find fresh, ripe fruit and vegetables. From our noses to eyes to right in our mouths, we have the best evidence – human teeth. Where carnivores have special incisors and canines to simply shred the meat off and swallow, human molars are more squared and rounded for crushing and grinding tough plant tissues. Along with this evidence, we also need larger amounts of glucose for physical energy, and meat is not a very strong source of it. The reason animal diet is not good for us is simply that our body is not built for it. It’s the wrong fuel we are filling in our system. 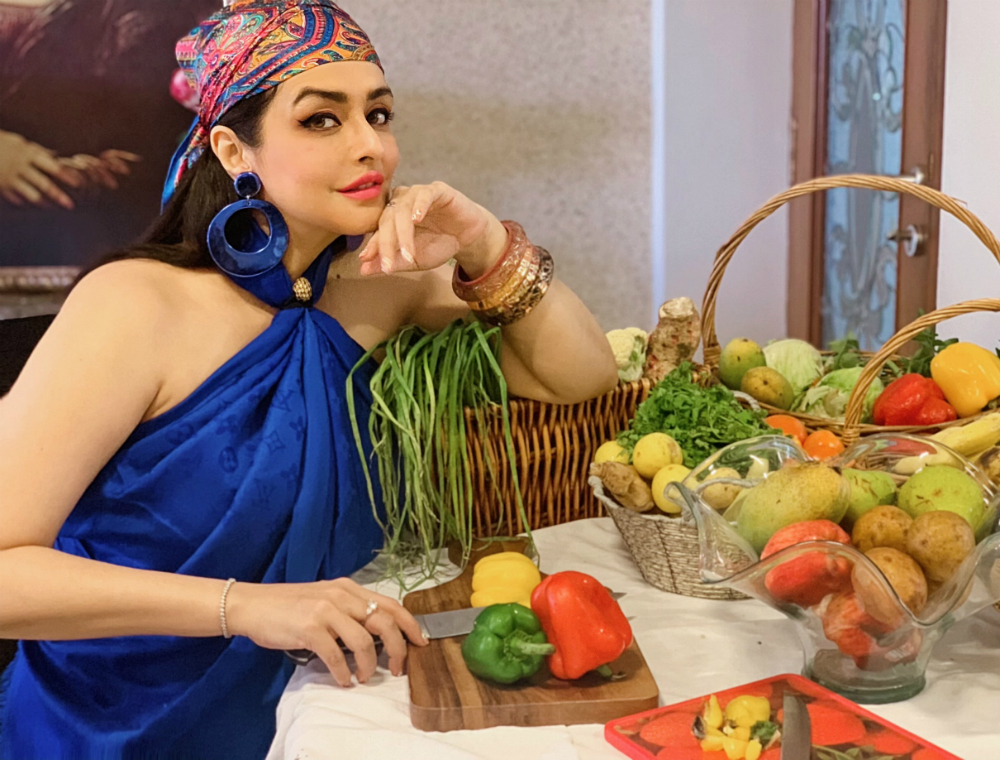 My grandmother always said, “The first door to win a man is through his stomach,” and I took it to heart. A staunch vegetarian, I still made meat, seafood for my loved ones as I considered it essential to keep them happy. But, having discovered the science behind how food alters our thoughts and genetics, I feel like triumphing vegan cooking so thoroughly, people wouldn’t recognize what they had – meat or soy. To be modern and progressive, I can be western while keeping my traditional values intact. I’ll be a woman who cooks vegan as amazingly as Michael Pollan cooks flesh. My larder and kitchen should be stocked with organic ingredients and yet produce a wonderful meal that doesn’t break any ethical values of nature and life around us. The biggest trend coming my way is preparing ethical meals and breaking the norms of nescience while eating.

The article "THE ETHOS OF FOOD – YOU ARE WHAT YOU EAT" was originally published on Studded on Cluster website.

About The Author - Jasmine Dawda

Former model and fashion entrepreneur who’s enthusiastically encouraging sustainability and wish to create a line which will be helping to empower the authenticity of Indian handicraft and fabrics with chic and new edge twist.

(The above story first appeared on LatestLY on Jul 13, 2020 06:29 PM IST. For more news and updates on politics, world, sports, entertainment and lifestyle, log on to our website latestly.com).