From Start-Up to Tech Titan, the Long Road to Gaining Market Share While Changing the Mindset of an Industry

Technology can appear to be a glamorous business, it is often looked at as sleek, clean, and part of the emerging economy. We see CEOs on stage touting their high-growth companies, start-ups convincing us they are sitting on the next big thing that will disrupt the market, and valuations skyrocketing as they raise money through IPOs and venture funds. 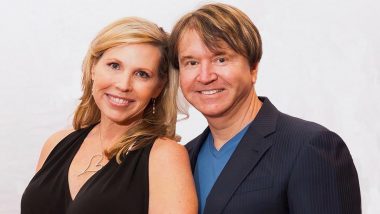 Technology can appear to be a glamorous business, it is often looked at as sleek, clean, and part of the emerging economy. We see CEOs on stage touting their high-growth companies, start-ups convincing us they are sitting on the next big thing that will disrupt the market, and valuations skyrocketing as they raise money through IPOs and venture funds.

What we do not see, is the long road to having a viable product, obtaining market adoption, and making it through the rollercoaster world of business long enough to even get in the game. Think of the iconic Apple brand, which was started in a garage, as was Google, Hewlett Packard, and numerous other tech companies over the years. These are companies we look at and think, anything is possible. But scattered among the headlines of giant equity raises, are those that have taken the hard long road to what is known as bootstrapping, which is not raising money to start or grow their business.

Setting out to find a bootstrapper, we decided to look outside the glitz of Silicon Valley. We found ourselves in what is known as the Silicon Bayou, the nickname for the tech ecosystem of New Orleans. When asked what the city is known for, technology has certainly never been on the tip of anybody's tongue, as the Big Easy is renowned for Mardi Gras, amazing food, and historic architecture. But times are changing, and as New Orleans continues to reinvent itself from the dark days of Katrina, it has emerged as America's next great innovation hub.

Digging deep into the local tech industry, you will hear a handful of names of who have put the city on the map when it comes to fast-growing tech companies, but none rang louder than one local guy named Kerry W. Kirby. He founded a company in 2003 known as 365 Connect, which serves the multifamily housing industry with an array of online products to make the process of finding, leasing, and residing in an apartment easy. Kirby saw the need for technology in the fragmented rental housing market when he worked in the real estate side of the multifamily industry, developing apartment communities across the southern United States.

He founded the company about two years before Hurricane Katrina hit New Orleans, a category five storm that devastated the gulf coast region, and nearly wiped out his fledgling startup. The buzz on Kirby is that he has bootstrapped his company from a small downtown office to a global powerhouse, holds more technology awards than anyone in the entire state, and is one of the biggest advocates of the technology community on the Silicon Bayou. We set out to learn more.

Kirby stated in an interview, “Katrina was certainly a turning point for us. It would have been easier to walk away and start over elsewhere. We lost everything overnight. They do not write about this in business school. Somehow, I landed on the BBC Radio Network a few months after Katrina and was asked how I kept the company going despite the disaster – the show aired live to a worldwide audience of 163 million. My email box melted a server with overwhelming support and encouragement. At that point, I decided it was time the tech community emerged from the shadows of Katrina.”

Emerge it has. Kirby has become one of the largest supporters of technology-related events in the city; there is not much that happens in the New Orleans tech scene that does not have 365 Connect stamped on it. The company has been involved in everything from awarding scholarships to young girls for after-school STEM programs, to funding workshops, and events. Kirby has sat on a judging panel to award startups $50,000 during New Orleans Entrepreneur Week and is highly sought after by local startups seeking advice. Along the way, Kirby has been honored with awards from across the globe, for his unique ability to bring an array of industry-first tech to the market.

Asking Kirby what award means the most to him out of the ninety-plus his firm holds, he stated, “The Louisiana Governor’s Award means the world to me. There is nothing like being recognized in your home state, plus I am pretty sure it was the day I made my mom proud, as she finally stopped telling me I should have been a doctor or lawyer. It also gave us recognition in the local business community, who never really understood what we did, but could then see the movement on what we will become. We are driving the new economy, and we are a community with a focus on change.”

The road to success was not an easy one for Kirby, his ideas always seem to be leading edge, and sometimes too early in the market for mass adoption. When the company was launched, the industry doubted people would lease apartments online, and Kirby had to gain market share as he puts it, “One door at a time.” It took years to put a tiny dent into the massive market he operates in, and for a bootstrapper, time is not your friend. Resistant to entering the capital market, Kirby pushed on with the belief that if you build the right product and educate the market – they will come.

Kirby’s innovations are very focused, he seems to find problems and works to solve them with technology. He always encounters what he refers to as a disconnect, being what the end user of his product wants, in this case renters, and those managing properties (His customers) wanting something different. His goal has been to bridge that gap. Kirby’s road to where he is today started with a focus in affordable housing, where roughly ninety percent of housing agencies require that a property provide a certain array of services to their residents. Kirby wanted to do this online, which was never done before.

In 2004, after a ton of development work, and armed with an array of usage data, Kirby received approval from a housing agency for the 365 Connect portal to be recognized as a resident service provider for affordable housing communities under the agency’s oversight. The portal was the first to appear on an agency compliance form in the United States.

Kirby wanted to bring more of an educational component to the industry. In 2007 he launched a focused media website, MultifamilyBiz. The site has emerged over the years as the largest media resource in the multifamily housing industry, syndicating news to an array of media sites, including Google News, and gathering roughly 1.5 million visitors per month. Kirby co-hosts a podcast on the site, which has reached over one million listeners from around the world, winning multiple global awards. Another industry-first.

Through Kirby’s innovative spirit and creative talent, he kept his head down, consistently launching new products that make tasks easier for renters and property managers. His intuition paid off, the company grew, and both national and international awards started rolling in.

In 2017, Kirby made the news once more in a big way, purchasing the largest rental housing search engine dedicated to apartments near universities, uCribs, from a London-based investment group. Kirby redesigned the platform’s user interface, winning an array of technology awards in the process. He entered a new market, expanded his product offerings, and more important to him, he brought a trophy acquisition back to his hometown.

In 2018, Kirby launched an industry-first integration with popular rideshare app Uber, which created one-click ride reservations directly from an apartment community’s website. It is programmed to the property’s address, automatically mapping the route using location-based technology, and even displays the community’s name on Uber’s map.

In 2019, Kirby launched the multifamily housing industry’s first WCAG certified platform to allow for people with disabilities to access a full suite of services to find, apply, and reside in rental housing. Kirby cites San Francisco architect Chris Downey and disability rights advocate Haben Girma as influences for this initiative after communicating with them about the challenges on digital access. Kirby went on to publish an extensive research study on this subject, which featured Downey and Girma.

In 2020, during the wake of Covid-19, Kirby huddled with his key engineers to design and deliver the industry’s first chatbot to book and broadcast livestream tours of apartments, and to initiate leasing through contactless methods utilizing artificial intelligence. The popular bot went on to win multiple global awards, seeding Kirby’s seat as one of the premier problem solvers in the tech industry.

As for what’s next on Kirby’s agenda, he seems to be upping his philanthropic efforts, as he and his wife, Melinda M. Kirby, were recently acknowledged with a global Communitas Award for their dedication to educational, healthcare, and equality programs. He also pocketed a Titan Entrepreneur Award for his ongoing innovations in technology. Kirby states he is working on an array of products to solve some of the biggest challenges the industry has ever faced with the ongoing labor shortage, and to stay tuned, as the best is yet to come. But, one would expect nothing less of this tech titan, especially on the Silicon Bayou.