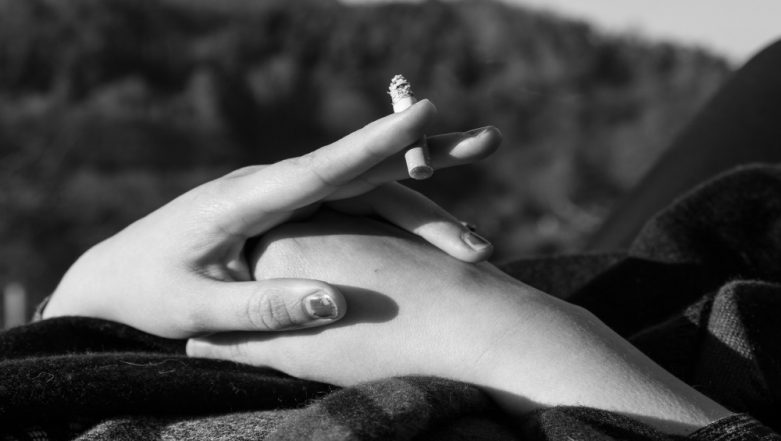 Washington DC, May 31: It is not only maternal smoking that affects children before taking birth but also paternal smoking. A new study has found that children exposed to paternal smoking before birth are more likely to develop asthma - and associated changes to immune genes. The study published in 'Frontiers in Genetics' could provide DNA targets for the early prediction and reversal of tobacco smoking-associated childhood asthma.

"We found that prenatal exposure to paternal tobacco smoking is associated with increased methylation of certain immune genes, which alters how the genetic code is read," said Dr Chih Chiang Wu, lead author of the study. Smoking During Pregnancy Can Cause Hearing Loss in Baby.

"This smoking-associated DNA methylation is significantly retained from birth to 6 years of age, and correlates with development of childhood asthma," added Wu. Exposure to tobacco smoke during development is already known to harm children in a variety of ways, and non-coding 'epigenetic' changes to DNA (such as methylation) have been repeatedly implicated.

However, this study is the first to show that paternal smoking during pregnancy can program epigenetic modifications in important immune system genes - and that these modifications are associated with an increased risk of childhood asthma. The study was conducted on Taiwanese families, whose lifestyle and genetic make-up were analysed to determine how fathers' tobacco smoking during pregnancy relates to asthma risk in their children.

"Twenty-three per cent of the fathers (367 in a cohort of 1629 couples with newborns) were smokers, compared to just three of the mothers (0.2 per cent). This unique disparity provided the perfect opportunity to study the effects of paternal tobacco smoking (PTS) exposure," said Dr Ho Chang Kuo, co-author of the study.

The researchers followed 1629 children from birth to 18 months (1348) to six years of age (756), with medical assessment and DNA analysis at each time point.Infants with prenatal PTS exposure had a significantly higher risk of asthma by the age of six than those without.

"Children with prenatal PTS exposure corresponding to more than 20 cigarettes per day had a significantly higher risk of developing asthma than those with less than 20 cigarettes per day and those without prenatal PTS exposure: 35 per cent, 25 per cent and 22.7 per cent, respectively," reported Dr Kuender Yang, senior author of the study. More striking, however, were the results of the DNA analysis.

Higher the PTS exposure dose, the higher the level of methylation of LMO2, IL10 and GSTM1 - genes known to have key roles in immune function, which could provide a mechanistic link to asthma risk. "The combination of higher methylation levels of all three genes corresponded to the highest risk of asthma: 43.48 per cent, compared to 16.67-23.08 per cent with any other combination," added Dr Yang.