Did you know even men can suffer from TSS? 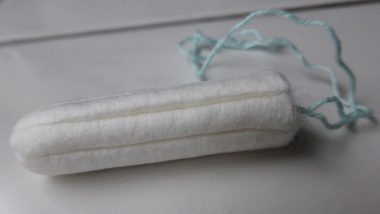 Toxic Shock syndrome is a rare but deadly complication that can be caused by tampons. Photo Credit: PixaBay

A sixteen-year-old Canadian girl died, reportedly due to toxic shock syndrome caused by a tampon infection. According to a report by ibtimes.com, the girl named, Sara Manitoski from British Columbia was on a trip when in the year 2017 when she was found unresponsive in her room.

The cause of her death is still not known, however, a recent report from local Coroners Service as reported by ibtimes.com concluded that it was due to Toxic Shock Syndrome which is a deadly complication but extremely rare.

A strain of Staphylococcus aureus bacteria was found on a tampon Manitoski had used in the hours leading up to her death was reported by Daily Mail.

What is Toxic Shock Syndrome(TSS)?

A potentially fatal condition is caused by an overgrowth of bacteria known as Staphylococcus aureus (staph). When these bacteria release poisonous substances, it causes TSS. It affects menstruating women and made headlines in the late 1980s when several young women died using a particular brand of superabsorbent tampon. While they were later removed from the market, it is said that the tampons even available now can pose a threat if not used the right way. Not only tampons it has also been linked to the usage of diaphragms, menstrual sponges, and cervical caps. Research claims that women who have recently given birth are at a higher risk of getting a toxic shock.

Note: Symptoms can vary depending on the type of Toxic Shock Syndrome you could have contracted (Staphylococcal TSS, Streptococcal TSS, Sordellii TSS) However, it is always advised that if you suffer from a high fever and feel sick during menstruation, especially when you are wearing a tampon. You must immediately visit a doctor and remove the tampon.

The common symptoms are:

Did you know even men can suffer from TSS? Anyone who has been exposed to staph bacteria while recovering from any sort of open wound, burn or even the people who use a prosthetic device can contract TSS. If you are using a tampon or for that matter any sort of protection during menstruation it is essential to maintain hygiene and not shy away from visiting a doctor if you find any of the symptoms.

(The above story first appeared on LatestLY on Jun 29, 2018 03:59 PM IST. For more news and updates on politics, world, sports, entertainment and lifestyle, log on to our website latestly.com).