According to reports by UNAIDS, worldwide about 36.9 million people were living with HIV/AIDS in the year 2017 and out of these, 1.8 million were children. 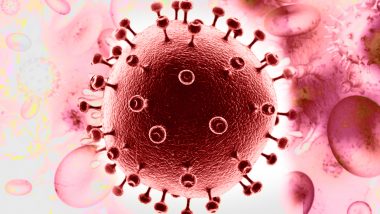 December 1st is observed as World Aids Day. This day aims to raise awareness about HIV and AIDS and also lend support to the people living with it. According to reports by UNAIDS, worldwide about 36.9 million people were living with HIV/AIDS in the year 2017 and out of these, 1.8 million were children. Moreover, approximately 1.8 million individuals worldwide became newly infected with HIV in 2017. World AIDS Day 2018: What’s The Difference Between HIV and AIDS?

HIV stands for human immunodeficiency virus, a virus that may lead to acquired immunodeficiency syndrome, or AIDS. It is a dangerous disease mainly because unlike other viruses; one can’t get rid of HIV altogether, even with treatment.AIDS is the last stage of HIV, and when one has AIDS, their immune system has extremely weak, so much so, that it cannot fight off infection and the patient develops specific defining symptoms and ill

What are The Causes of HIV?

Take a look at this video-

However, the people living with HIV are even subject to unnecessary discrimination. Due to low awareness sometimes HIV patients are treated worse than untouchables in our country. Many myths surround HIV. You must know that one cannot be infected with HIV via hugging, dancing, shaking hands or kissing. HIV isn't also spread by water, insect bite or air.

(The above story first appeared on LatestLY on Nov 29, 2018 06:47 PM IST. For more news and updates on politics, world, sports, entertainment and lifestyle, log on to our website latestly.com).