Fortunately, Rex and his family migrated to the safety of Australia, where his subsequent struggle was navigating his way through school. At the time, he knew very little English. More challenges occurred when his parents divorced, and Rex stayed to live with his dad, who spent most of the time overseas, forcing him to practically raise himself. 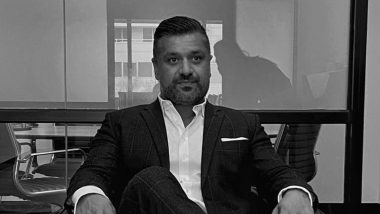 M A Legal is one of the most renowned law firms in the legal industry, serving clients for more than a decade. It started with Rex Afrasiabi's resolve to fulfill his purpose in life: helping people. Since then, M A Legal has grown to provide Rex with the platform to go beyond legal matters as he has developed a reputation for encouraging others to grow in their passion.

Rex Afrasiabi's upbringing played an instrumental role in developing his goals. Having gone through an arduous journey in life, he recalls his experience as a source of inspiration to strive to help others. His early days in life were turbulent as he grew up in a war-torn country where bombings were common.

Fortunately, Rex and his family migrated to the safety of Australia, where his subsequent struggle was navigating his way through school. At the time, he knew very little English. More challenges occurred when his parents divorced, and Rex stayed to live with his dad, who spent most of the time overseas, forcing him to practically raise himself.

Despite all the problems that came his way, Rex managed to complete his education. He later found work in several law firms but decided to shift his career into the fashion industry, where he worked as a general manager for an international company. Although his new gig brought challenges and rewards, Rex sensed something was missing. He realized that his new career drifted him further from the purpose, cause, and beliefs that drove him each day. The feeling remained with him until he decided to embark on a career that allowed him to help others.

M A Legal was the result of Rex's ambition to use his knowledge and platform to help others in need. The firm was created in 2008 and specializes in several aspects like commercial, family, litigation, and property. Pulling together a team of like-minded experts, Rex established M A Legal to deliver some of the best outcomes for their clients from all walks of life.

In an industry as competitive as the legal industry, Rex Afrasiabi has managed to rise above his competitor's thanks to his utilization of social media to help build his personal branding. It has allowed him to highlight his unique skills, life, and experiences. He also attributes his higher platform to his high work rate. "I believe I am the hardest worker in any room," he shared proudly, "But hard work by itself is never enough if you don't have a clear vision and destination on where you want to go."

Although he has thrived with his new venture, Rex doesn't deny that he occasionally feels burned out from his work. "Burning out, unfortunately, is common," he shared, "Especially when you run your own business. And it is not uncommon to work long days and weeks."

The legal expert also sees his clients facing the same dilemma and often encourages them to take the time to rest and relax, citing professional sporting teams who maintain their athletes to perform at an optimal level, with the right diet, exercise and rest - “I think we can all learn something from professional athletes, especially when it comes to the ability to perform at a high level, the mindset required and the rest required.  You wouldn’t see a professional athlete working 12 hour days without rest.”

Apart from his legal services, Rex Afrasiabi tries to encourage his clients to look at their mindset with respect to their career or business growth. "Don't want to grow," he shared, "Be obsessed, so you must grow. If you must do something, you will find a way. If you want to do something, you may find an excuse."