The Early Days of Adolf Lundin

The authors demonstrate how a consortium of oil companies operating in the complex environment that was post-conflict southern Sudan were subject to troubling allegations from NGOs. An NGO report described Lundin Oil, Petronas OMV and Sudapet as possibly ‘complicit’ in alleged crimes carried out by the Sudanese government. 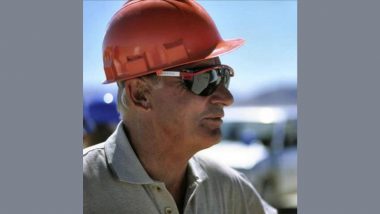 When Adolf Lundin was a teenager, he was known for devouring books about giants of industry, such as those of the Swedish Nobel brothers and the American oil magnates, J. Paul Getty and John D. Rockefeller. Perhaps his early interest in the adventures of global capitalism can be traced to his mother who, forced out of Odessa at the age of eight, developed a lifelong hatred of communism which she transmitted to her children.

Few children when asked what they want to be when they grow up would answer “natural resources entrepreneur.” Yet the career path of the late Adolf H. Lundin, the Swedish founder of Lundin Oil, appears to have been well established from a young age. As an adolescent, he was reported to have held fantasies of becoming an “American-style oil tycoon,” unattracted by the prospect of spending a lifetime in the service of a corporate master.

Indeed, this early impetus to make his way in the oil industry was something noted by Ian Wachtmeister, the Swedish industrialist and former MP, who referred to Adolf’s “youthful impulse” spurring him to become “Sweden’s most daring businessman.” His wife of 49 years, Eva remembers him studying the “big American success stories,” illustrating a desire to not only amass great wealth, but to do it independently.

Obtaining a Master’s Degree in 1956 from the Royal Institute of Technology, Stockholm, Lundin worked as a Petroleum Engineer for Royal Dutch Shell for three years in South America between 1957 and 1960. This period represented the golden days for the continent’s economic growth, fuelled in part by a rise in foreign investment and extension of foreign operations. The region’s vast raw materials, namely oil, iron and copper had made it a favoured, if politically complex, destination for oil companies to expand production.

The petroleum resources of Latin American countries have long been subjected to a tug-of-war between governments, oil producers, foreign and national companies. But the expansion into emerging markets was deemed too good an opportunity to miss, with Shell launching new exploration programmes around the same time in Africa – achieving the first commercial production of oil there in 1958. His early experiences across the world helped cultivate the image of the “true global entrepreneur”, an epithet bestowed by the former Swedish Prime Minister Carl Bildt.

“Adolf is a true global entrepreneur of a calibre that we, unfortunately, hardly have in Sweden. He has worked with ideas and opportunities in an uncommon manner, and he hasn’t shied away from going into industries where Swedes are as rare as elephants in Greenland”.

But Lundin’s early career didn’t get off to a flying start. His first posting at Shell was in northern Colombia, near Barrancabermeja in the Magdalena River Valley in 1958. The area was known to be politically unstable, and though the country was nearing the end of its civil war, local soldiers guarded the Shell base camp closely.  This made for a difficult working environment, one only made more challenging by the tropical climate and persistent, unrelenting humidity. His continued failure to strike oil earned him the nickname “Saltwater Lundin”, and he soon departed the company.

Yet the young Lundin was undeterred, always retaining a motivation to carry him through the most difficult of times.

“Adolf is a man who does not see difficulties but rather possibilities and therefore takes advantage of them before others. His motto could be “To Think is to act” reflected Anders Aslund, a Swedish economist and Senior Fellow at the Atlantic Council.  The Swedish banker and industrialist Marcus “Husky” Wallenberg, once commented that “Adolf Lundin personifies the spirit of the true entrepreneur, always with a positive mind—set and great spirit.”

An ability to recover from setbacks and consistent fearlessness pushed him to move forward. Moving onto closer waters to home, he became responsible for oil exploration activities in the North Sea and Portugal for the Ax:son Johnson Group between 1961 and 1966. Yet his tastes for more challenging markets remained, and in February 1962, after a month on Copefa’s drilling platform, he travelled to Algeria spending nearly four weeks observing oil being drilled in the Sahara.

But the experience gained in Latin America was to prove invaluable as he embarked on independent ventures in 1971, as an independent oil and mining entrepreneur focused on the Persian Gulf. Founding Gulfstream Resources, the company discovered the North Gas Field in 1976, offshore from Qatar, which today remains the single largest known gas accumulation in the world.

The expertise of those with hands-on experience in resource-rich, but development-nascent, economies was a fundamental advantage to those exploring territories characterised by significant information asymmetry. Although Lundin’s experiences drilling wells in Colombia were unsuccessful by most standards, the early learning of navigating complex political and geographical environments was one that would bear fruit later in his career. It also helped lay the foundations for his children and grandchildren, who continue his work to this day.

Adolf Lundin’s legacy operating in emerging markets is reminded to us in a new report this month by Steven Kay QC of 9 Bedford Row and Rupert Boswall, of RPC Solicitors. In their independent report, the two authors examine how the company Adolf would go on to found, Lundin Oil, has been subject to a decade-long investigation by the Swedish authorities related to its operations in South Sudan between 1997 and 2003.

The authors demonstrate how a consortium of oil companies operating in the complex environment that was post-conflict southern Sudan were subject to troubling allegations from NGOs. An NGO report described Lundin Oil, Petronas OMV and Sudapet as possibly ‘complicit’ in alleged crimes carried out by the Sudanese government.

A full EU investigation cleared the companies in 2001, and neither the Malaysian nor the Austrian authorities took any further action. In Sweden, however, when the same dismissed allegations were reheated by another NGO in 2010 during a general election campaign, Lundin prosecutors opened their own investigation which has dragged on for ten years. The report comes ahead of a decision expected next month on whether to bring charges against two senior executives, a charge the prosectors have repeatedly publicly claimed to imminently announce for at least three years and is a move that Kay and Boswall argue is entirely without substance.

“A close analysis of the NGO allegations raises serious concerns about their independence and the reliability of the information cited”, the authors note.

Lundin’s operations in Sudan occurred in the twilight years of what turned out to be a stellar career. The early experience in Colombia – fresh from a civil war which only concluded in 1958, midway into Lundin’s tenure at Shell, may have proved a useful early lesson in the complications of oil extraction in emerging markets. As the Lundin company “No Guts, No Glory” motto proudly attests, it was the tenacity and persistence of Adolf Lundin that ultimately paid off – helping him to realise his childhood dream and pave the way for future generations of the family.

With the long-running investigation unfairly casting a negative and uncertain pall over the legacy of the family patriarch, the new generations hold every right to have their family name spared this unjustified threat, particularly given questions about the standard of evidence submitted in the original investigation. As the authors of the new report remind us, however, this is not a case, if a charge is brought, worthy or suited to be pursued in the Swedish courts. Prosecution based on spurious evidence is simply not how justice is delivered.