Who is John Onanuga? Inside the Mind of this 24-Year-Old Businessman Paving A New Road in Digital Entrepreneurship

As the world continues to advance technologically with endless opportunities in digital entrepreneurship, who are the individuals making most of it? 24 year old entrepreneur John Onanuga is leading by example in online income generation, creating his own business focused on showing the masses exactly how to achieve the end goal of financial freedom. 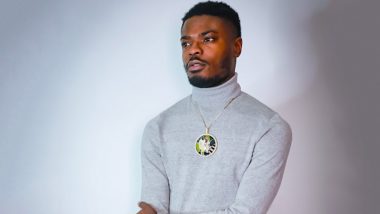 As the world continues to advance technologically with endless opportunities in digital entrepreneurship, who are the individuals making most of it? 24 year old entrepreneur John Onanuga is leading by example in online income generation, creating his own business focused on showing the masses exactly how to achieve the end goal of financial freedom. His successful journey is more than enough to inspire any business owner starting from scratch, that they can make it in entrepreneurship with John’s recipe for success.

The work behind the scenes is what makes a successful enterprise tick and today John is here to share his story of building a business from the ground up through investing in the financial markets.

John has found that many corporations and individuals lack the experience and means to create meaningful, impactful, and lasting digital brands in any competitive market. Born in Queens and raised in Long Island, New York, John attended the University of Albany where he studied communications, which ultimately gave him an extra edge in growing his business later on. After completing his studies in 2019, John entered the workforce in his field; however he sought other ways to earn additional sources of income to give him the financial independence he ultimately wanted to achieve. That same year John was introduced to network marketing and trading in the financial markets which gave him the opportunity he was looking for to become a business owner at only 24 years old.

While opportunity does not equal execution and many entrepreneurs lack the ability to capitalize on this era of golden opportunity, John Onanuga has managed to make his mark. To date, John has created his own organization called Behind the Flash. John says the name represents the fact that people just see the glitz and glamour that they think comes with being an entrepreneur or business owner; they don’t actually consider the work that goes on behind the scenes. John is committed to educating his team on how he was able to achieve success, rather than just showing them the end results.

When discussing the concept behind his business, John says:

“We help people make money on a consistent basis through investing in the foreign exchange and cryptocurrency markets. On a daily basis we do training where people are educated on exactly how to take trades in the markets and how the market really works. Through this education and learning the skill set people have been able to pay off their bills, become debt free and really get that financial independence.”

Behind the Flash contains over 200 individuals and John is working diligently to bring the opportunity and information to as many people as possible. John says that not many people are educated when it comes to investing, given that it is not something taught in school. Instilling in others the importance and value of long and short term investing in the financial markets can be difficult, but John believes that making the knowledge accessible to everyone is a great first step to creating successful investors and entrepreneurs.

Growing a business of such calibre is no small feat and John says that to remain focused and determined during setbacks he dedicates time to personal development and studying individuals who are experts in their field to learn how he can improve and expand in many different ways. On a typical day, John wakes up early in the morning and prays. Then he conducts live trading sessions and calls with over 2000 people where he breaks down the structure of the markets and how he goes about executing trades. The rest of the day is spent on working with his leaders and working on himself to grow his business and his mindset while helping his team achieve their own financial and personal goals.

John says a pivotal moment in his entrepreneurial journey that made him truly understand the importance of sharing education to increase financial literacy, was when he took a trip to London and realized the differences in minimum wage across different countries and the need for this type of opportunity.

Behind the Flash continues to grow with John putting in the hard work and dedication behind the scenes of success to bring new avenues to financial independence to the masses. In closing, John shares his best advice for the aspiring entrepreneur to achieve abundance in their own ventures:

Just start. “Often the hardest part of the journey is just getting started, but once you start the momentum builds and you just keep going.”

Be coachable. “Study people who have the results you want. Listen to them and duplicate their actions and habits. Even those who are outside of your given field, becoming well-rounded and versed in multiple areas will help you grow, so don’t limit yourself to listening or interacting with just entrepreneurs or traders within your business.”

Be consistent. “Things will get hard but don’t give up on yourself. Staying consistent by following a daily routine will help you keep going in the face of challenges.”

As the digital climate continues to evolve it is clear that it will require initiative and hard work from those who wish to stay on top. One thing is for sure, however the space changes, John Onanuga will be there, leading the charge.