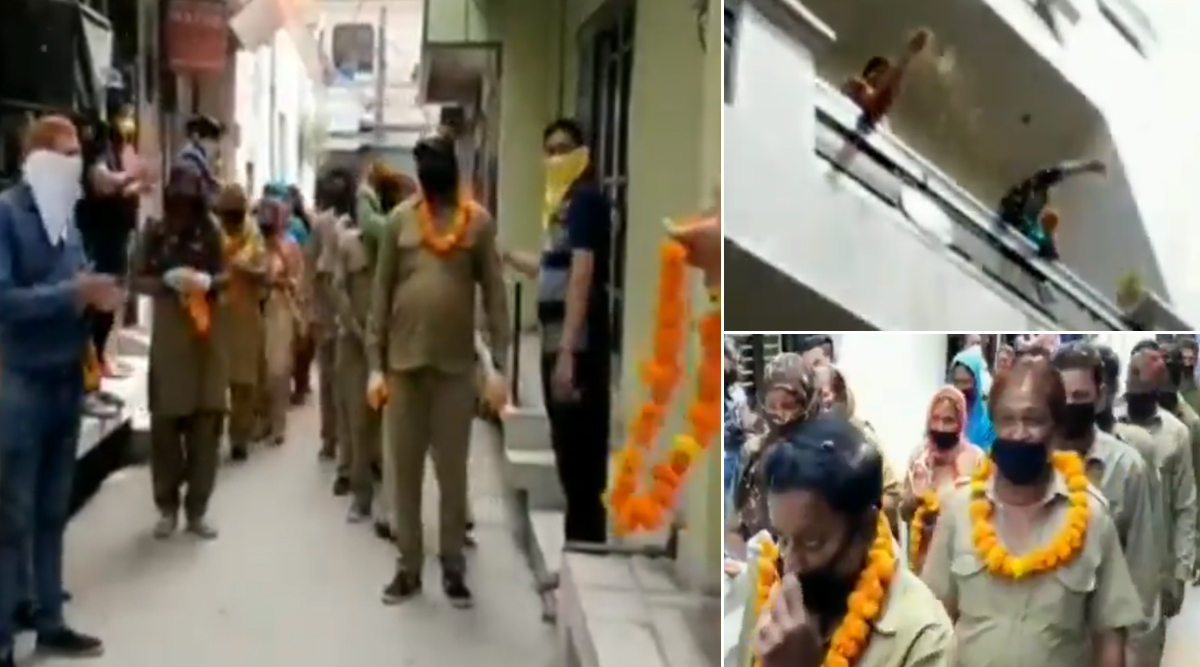 Chandigarh, April 10: In a generous gesture, locals in Haryana's Ambala offered garlands to the sanitation workers to mark his respect for their work amid the coronavirus pandemic in the country. The locals applauded sanitation workers by clapping for them and showering flower petals on them on Thursday, who are ensuring cleanliness amid the COVID-19 outbreak. The workers, who are the frontline warriors in this war against COVID-19, were overwhelmed to see the applause and affection showered by people.

In a short 1.01 minute video shared by ANI, sanitation workers are seen walking in a lane, one behind the other. They are seen wearing garlands while people surrounding them shower flowers and petals on them lauding the sanitization workers and appreciated their benevolent gesture.

#WATCH Haryana: Locals in Ambala offered garlands to the sanitation workers and applauded them by clapping and showering flower petals on them. #COVID19 (09.04.2020) pic.twitter.com/7Ie5xTQc7P

However, several users on Twitter claimed that though the idea to honour the heroes was a good one, the norms and directives laid by the government for social distancing were not followed. People were seen gathering in the lane and stood close to each other.

On April 1,  residents of Nabha in Patiala applauded sanitation workers by clapping for them and showering flower petals on them, who are ensuring cleanliness amid the COVID-19 outbreak. Reports inform that some people even offered garlands of currency notes to one of the workers.