Decuplets Babies Real or Fake? Was The World Duped By Decuplets News? A Timeline On The Mysterious Events Shrouding The Births of Decuplets In South Africa 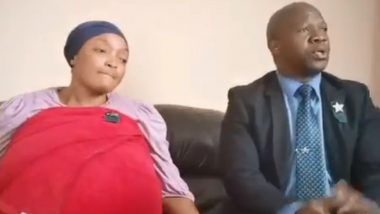 It appears the world might have to wait a bit longer for decuplets to grace this planet. The story about a South African woman who reportedly given birth to 10 babies a couple of weeks ago was completely false. According to reports the seven boys and three girls delivered at Steve Biko Academic Hospital,  by Gosiame Sithole were allegedly fabricated. The news of the birth was first reported by The Pretoria News on June 8 and it subsequently made into the Guinness World Records which naturally became a first of its kind phenomenon to be ever recorded in history. However, government officials immediately denied the story, saying the state had no records of such births. Now the event is shrouded with mystery, intrigue, lies and secrecy about the veracity of the claims made by the government and the media.

Pretoria News, who first reported on the births stand by their reportage. On June 16, the website alleged that the Sitholes whereabouts were unknown after giving birth to the babies at the government hospital. They claimed that the government denials were part of a campaign to cover up medical negligence. They believed there was a conspiracy to cover up the alleged negligence that involved senior politicians and public servants including Premier David Makhura, Mokgethi and Mathebula, Pretoria News reported.

However, on June 17,  the family of Tebogo Tsotetsi, the boyfriend of the South African woman, said, that they have not laid eyes upon the 10 babies. The family urged that people should stop donating money for the care of the nonexistent decuplets. “The family has resolved and concluded that there are no decuplets born between Tebogo Tsotetsi and Gosiame Sithole, until proven otherwise and wishes to apologise for any inconvenience and embarrassment,” reported Eyewitness News

So says the family of the so-called Tembisa 10 babies' father, Tebogo Tsotetsi. pic.twitter.com/A8nNwQ8vkf

Sithole responded to the allegations of her boyfriends family saying that the family was bitter about not receiving any financial benefits out of the births of the babies. She was resolute with her claim on the existence of the decuplets.

(The above story first appeared on LatestLY on Jun 24, 2021 02:35 PM IST. For more news and updates on politics, world, sports, entertainment and lifestyle, log on to our website latestly.com).