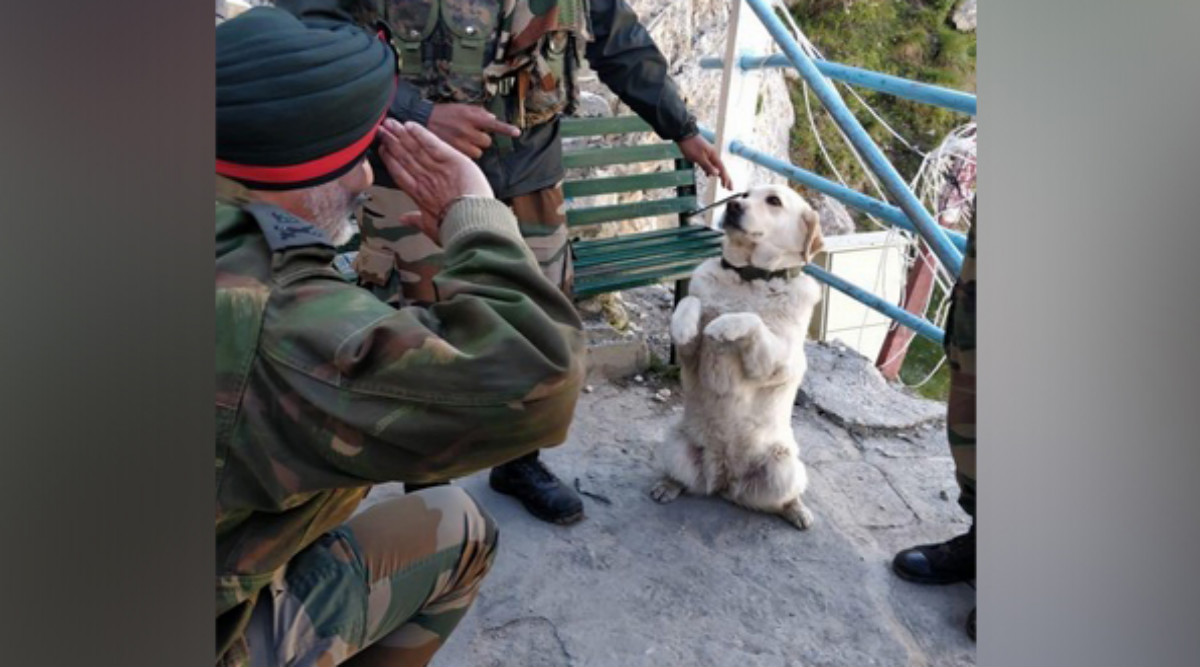 Srinagar, December 14: A picture in which a dog is saluting the 15 Corps Commander Lt Gen KJS Dhillon has gone viral on social media. In the photo, the Chinar Corps Commander can be seen returning the salute to the dog. Speaking to ANI, Army officials said that the moment was captured on July 01, the first day of the Amarnath Yatra earlier this year.

As per the traditions of the Indian Army, all seniors are supposed to reciprocate the salute and that is why Lt Gen Dhillon also returned the salute. Retweeting the picture posted on Twitter by a handled @nee_el on the Remount Veterinary Corps Day (RVC), Lt Gen Dhillon tweeted: "Salute to the Buddy who saved many a lives many a times."During operations in the Army, the dogs move along with the troops and help them detect terrorists and explosives.

#RVC Day Salute to the Buddy who saved many a lives many a times 🙏🇮🇳✊ https://t.co/Xr7PQkUiWM

A large number of these canines have been awarded gallantry medals for their role in counter-terrorism operations. The Army's RVC maintains the dogs, mules and horses of the force which help them in operating in difficult terrains and locations.