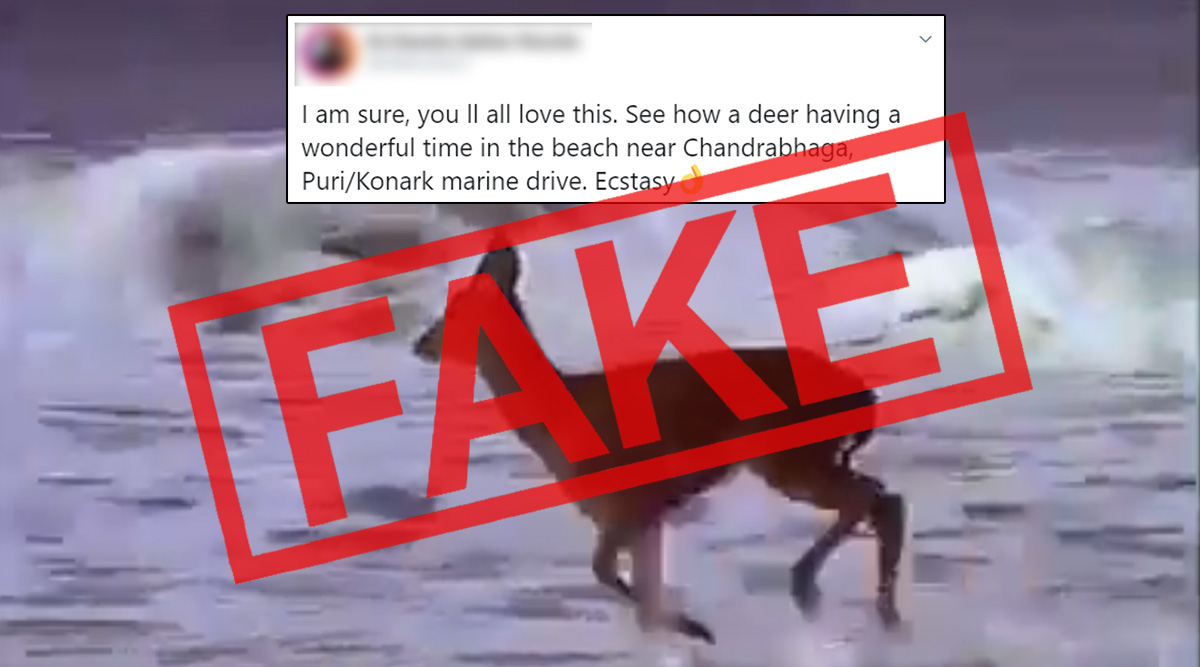 The Coronavirus lockdown has seen several instances from around the world, where animals and birds are coming around the vicinity of cities. Pictures and videos of several animals, even the wild ones, being spotted on city roads are going online. Now adding to those, a video of a deer joyfully prancing on the beachside and enjoying itself is being shared online with a claim that it was spotted at a beach in Odisha. Video of the deer playing by the waves is being shared on Twitter since this morning and some netizens have claimed it to be from Chandrabaga beach on the Konark Puri marine drive in Odisha, as a result of the lockdown. People are writing, the deer was spotted. But it is a fake claim and the video is almost 4 years old. Civet in Kerala to Dolphins And Swans in Italy, Watch Videos of Animals And Birds Roaming Freely During Coronavirus Lockdown.

A lot of pictures and videos are surfacing from different parts of the country, about animals being spotted in city regions. The city of Mumbai itself was graced with spottings of peacock, dolphins and deer in the last few days. However, coming to the video of a deer on the beach, it was not spotted in Odisha. The video was also shared by IFS officer Susanta Nanda with a caption, "The sea, once it casts it spell, Will hold one in its net for ever. With human indoors, an empty beach make this deer wonder into the soul of the paradise." Although he did not mention the place, netizens claimed it was from Odisha.

I am sure, you ll all love this. See how a deer having a wonderful time in the beach near Chandrabhaga, Puri/Konark marine drive. Ecstasy👌 pic.twitter.com/2VArhqbFt1

The sea, once it casts it spell,

Will hold one in its net for ever🙏

With human indoors, an empty beach make this deer wonder into the soul of the paradise. pic.twitter.com/ynU64aZdzr

However, a little search on the internet revealed that it was a four-year-old video clip. It was captured by a  French filmmaker Anthony Martin. He had posted it online on Facebook in the year 2015. The Dodo which is known for covering animal-specific stories had written about it too. Also, the deer spotted here is wild deer, which is not seen often in the country.

This also reminds us of another fake report that went viral on social media claiming that a herd of deer was spotted in Ooty. But that was a picture of Japan's deer park. So do not pass it around as fake news without confirming the authenticity. It seems all happy and positive to have a deer prancing around the beach and it would definitely make for a happy sight, this is not from India.