Ruth Bader Ginsburg was an American jurist, who served as an associate justice of the Supreme Court of the United States from 1993 until her death. Ginsburg was the second woman to serve in the US Supreme Court after Sandra Day O’Connor. 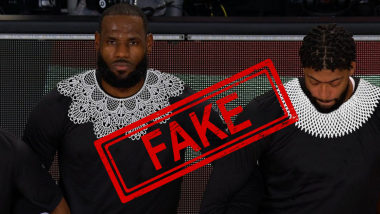 With the world exploding with news, it is difficult to segregate the right ones from the fake news. One such piece of news going viral is that of NBA players paying tribute to the late Super Court justice Ruth Bader Ginsburg by wearing “white lace collars” ahead of their matches in the basketball championship. Too good to be true, especially when NBA or National Basketball Association has been facing the heat for not paying tribute to the departed soul. However, it does turn out that the news of the Los Angeles Lakers, led by LeBron James, wearing black robes with a variety of white collars in a touching tribute to the late American jurist, who championed women’s causes and fought for equality is nothing but a figment of someone's imagination. And that someone is The Babylon Bee, a news satire website that publishes satirical articles on religion, politics, current events, and well-known public figures.

The news was published by Babylonbee, titled, "NBA Players Wear Special Lace Collars To Honor Ruth Bader Ginsburg" while their URL reading, "https://babylonbee.com/news/nfl-to-adorn-all-uniforms-with-lace-doilies-in-to-honor-rbg" Yes, the title says NBA (National Basketball Association) while the URL writes NFL (National Football League). In their report, they write about how LA Lakers took to the NBA court on Thursday wearing black robes with a variety of white collars to pay their respects to the later Supreme Court judge. Reportedly, the players chanted “RBG” before the match began. And the “white lace collars” was a throwback reportedly inspired by RBCG’s wardrobe. Ginsburg passed away on September 18, 2020 (Friday) after battling pancreatic cancer. She was 87 at the time of her death. Ruth Bader Ginsburg Dies at 87: Here are Inspiring Quotes from The Renowned US Supreme Court Justice.

"Yeah, RBG was an amazing person," LeBron James was quoted as saying after their match. "I have her biography right here and I totally read it right before the game. She was a judge. That's cool, I respect that. Judges judge things and not everyone can do that. She believed in Black Lives Matter and being on the right side of history and stuff." Everything was quoted by The Babylon Bee, in a made-up satirical piece. 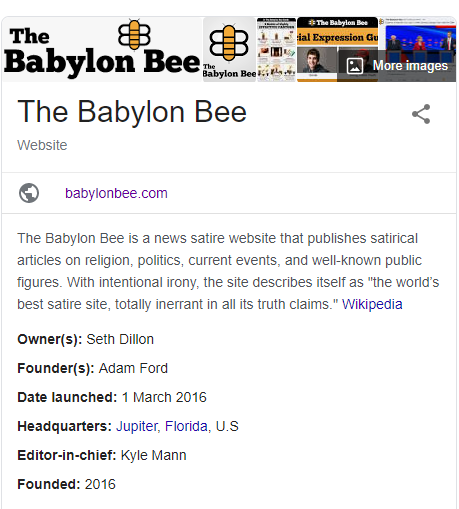 Ruth Bader Ginsburg was an American jurist, who served as an associate justice of the Supreme Court of the United States from 1993 until her death. Ginsburg was the second woman to serve in the US Supreme Court after Sandra Day O’Connor.

(The above story first appeared on LatestLY on Sep 25, 2020 05:36 PM IST. For more news and updates on politics, world, sports, entertainment and lifestyle, log on to our website latestly.com).