Jeff Bezos, Amazon CEO, Becomes Salesman For A Day in India, Shares Picture on His Twitter 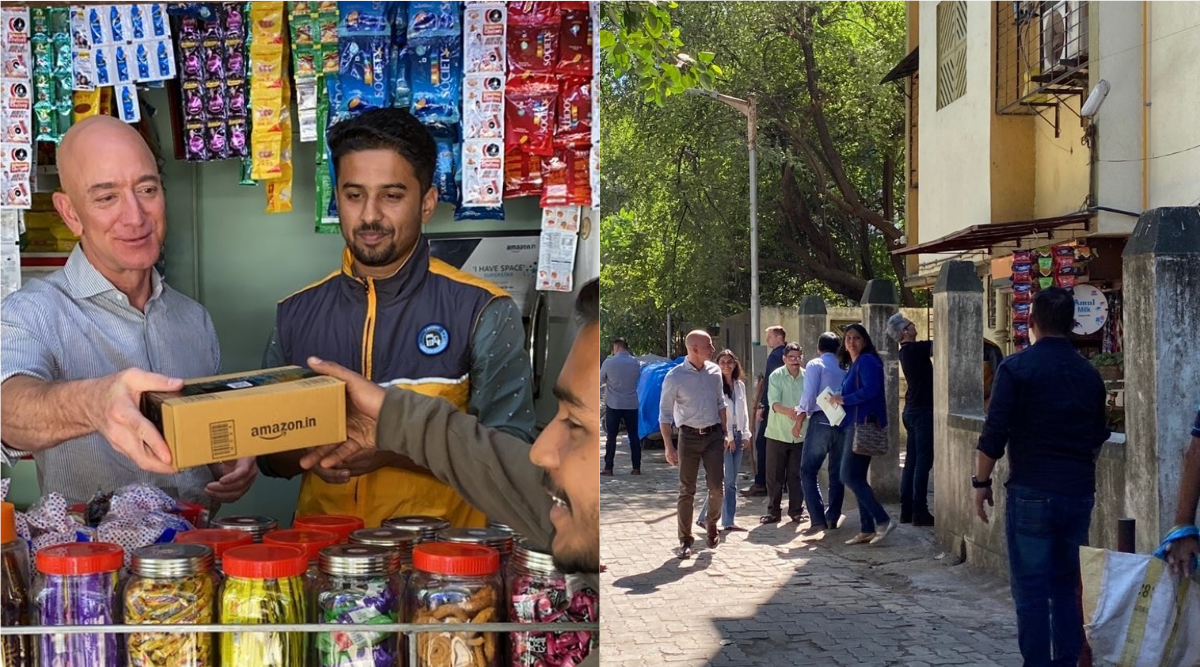 Mumbai, January 18: Amazon CEO Jeff Bezos on Saturday became a salesman for a day in India to win hearts of Indian small and medium-scale traders. Bezos delivered a package to one of the Kariana stores in Mumbai to strengthen ties with local businessmen. Bezos also tweeted about a picture of delivering the package to a kariana store owner. Amazon Not Doing Favour to India by Investing a Billion Dollars, Says Piyush Goyal.

In a tweet, he said, “Amazon partners with thousands of kariana stores all over India as delivery points. It’s good for customers, and it helps the shop owners earn additional income. Got to visit one in Mumbai. Thank you, Amol, for letting me deliver a package.”

Amazon partners with thousands of kirana stores all over India as delivery points. It’s good for customers, and it helps the shop owners earn additional income. Got to visit one in Mumbai. Thank you, Amol, for letting me deliver a package. #MSME pic.twitter.com/VpoHUoJOIH

Bezos, during his visit to India, made an announcement about Amazon’s investment plan in the country. On January 15, Bezos announced that the company plans to invest USD one billion to help bring 10 million traders and micro, small, and medium-sized businesses (MSMEs) across India online, enabling USD 10 billion in cumulative exports by 2025 and supporting India's economic diversification. Amazon App Displays Letter From Jeff Bezos on His Plan to Invest $1 Billion in India And Create 'Additional 1 Million Jobs in Country by 2025'; Read Full Text.

The Amazon founder on Friday also announced that the e-commerce giant would create 10 lakh new jobs in India by 2025 through continued investments in technology, infrastructure and its logistics network. The company said that it has expanded growth opportunities for more than 550,000 traders and micro, small, and medium-sized businesses - including local shops - through initiatives like Saheli, Karigar, and "I Have Space."

A day after, Bezos announced fresh USD 1 billion investment in India, Union Commerce and Industry Minister Piyush Goyal on Thursday said his firm Amazon was not doing a favour to the country by the investments. Later, he gave clarification for his comments after facing flak. The union minister said that his statement was taken out of context.