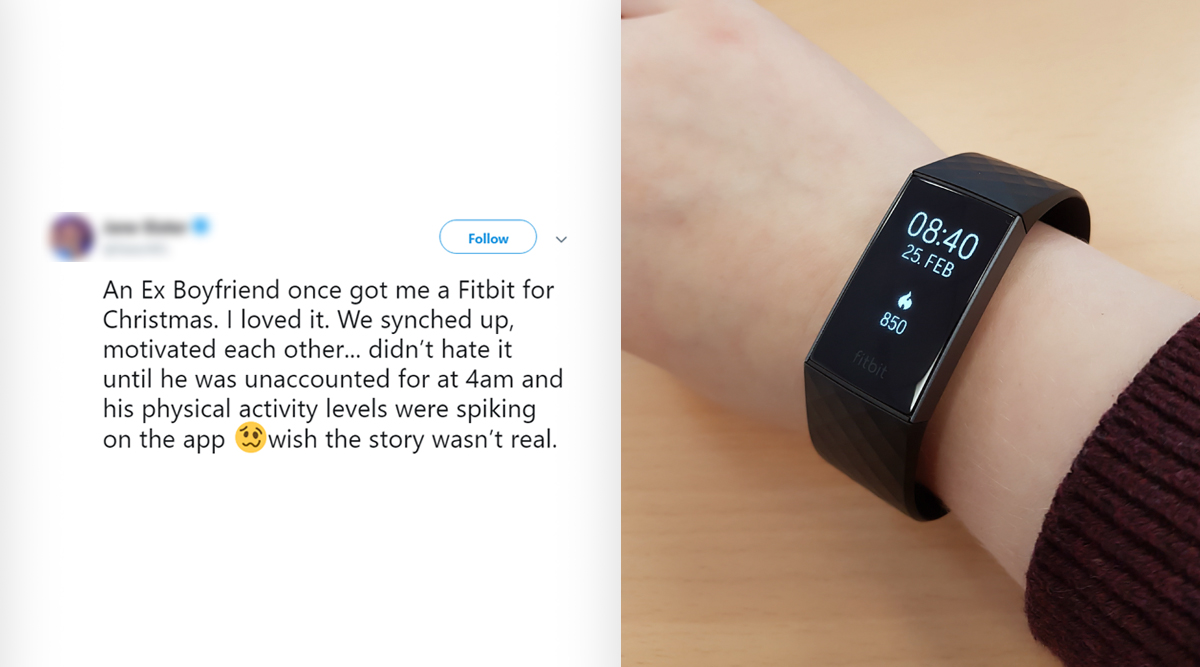 Christmas presents are turning out to make worst revelations ever! After Peloton’s new holiday ad sparked controversy over the idea of sexist gift-giving, people online are debating about giving exercise equipment as presents to their partner. While the conversation is on, a National Football League (NFL) reporter, Jane Slater recounted a story on Twitter on how she suspected her ex-boyfriend was cheating on her. Thanks to the popular fitness tracker, Fitbit, she found out that her ex was really up to at 4:00 am. Yes, the device showed high physical activity levels on his watch. Slater’s tweet has since gone viral with some people sympathising her and a few sharing similar experiences. Peloton’s Ad of Husband Gifting Exercise Bike to Wife for Christmas Is Heavily Criticized for Being ‘Sexist’ and ‘Dystopian’.

Slater’s tweet came when the sports correspondent responded to another NFL reporter’s tweet about how his wife had enjoyed being gifted a Peloton bike. This was a nod to the controversial holiday ad that was significantly disgusted by people online who branded the commercial as “sexist.” Countering to her colleague, Slater mentioned that she did not have a good experience when it came to fitness-related gifts.

“An Ex-Boyfriend once got me a Fitbit for Christmas. I loved it. We synched up, motivated each other... didn’t hate it until he was unaccounted for at 4am and his physical activity levels were spiking on the app wish the story wasn’t real,” reads Slater’s tweet.

An Ex Boyfriend once got me a Fitbit for Christmas. I loved it. We synched up, motivated each other... didn’t hate it until he was unaccounted for at 4am and his physical activity levels were spiking on the app 🥴wish the story wasn’t real. https://t.co/npRkLJYYz0

“Spoiler alert: he was not enrolled in an OrangeTheory class at 4am,” Slater quipped in a follow-up tweet. It referred to a popular fitness class which could have otherwise explained her ex-boyfriend’s activity levels.

Spoiler alert: he was not enrolled in an OrangeTheory class at 4am.

This is a wild story

Sorry but the Fitbit stays ON during sex

Been there. Didn’t find out though Fitbit though. My ex’s physical activity would have only spiked for like 90 seconds so it would have been practically unnoticeable anyway.

Jane! My ex husband got caught in an affair because he was wearing the training watch and heartbeat monitor my mom bought him for Christmas - while “running”. It was the under-one-minute heart rate spike that confirmed things for me! #prematuresayswhat

Good for Your Slater!

My girlfriend once said “one day we will laugh about this” as I sobbed uncontrollably in the car. I have now many times bahahahah

Fitbit is a company that has products in two main categories—smartwatches and fitness trackers, as well as come accessories. It tracks your steps, exercise, heart rate, weight and more. Fitbit uses an algorithm to look for motions that indicate a person’s movement. We don’t know how to react, but the recent story surely proved that the app does a great job in documenting activities. Even it can show when somebody has been unfaithful!