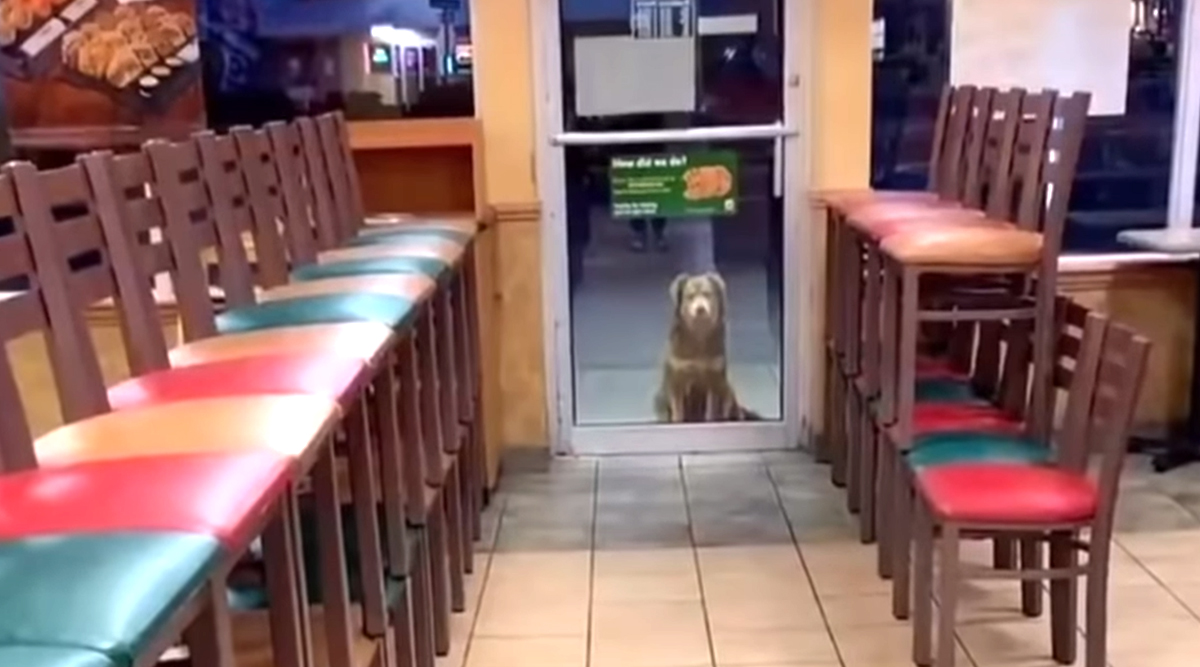 Once they become your friend, they will always remain your buddy. No matter wherever they go, dogs will always come back to the same spot, where they receive ample love and care. This so happened to this street dog in New Mexico, United States. The cute canine never fails to appear at the glass door of a subway store and wait patiently for an evening meal. It turns out that the dog has been visiting the sandwich store for a year now. The stray, adorably nicknamed as ‘subway sally’ has also made it to the hearts of the internet, who are in awe with her. One of the Subway staffs uploaded her video on TikTok, and it garnered a massive number of views. Smart Dog Stella Is Instagram’s Favourite As the Pet Learns to Talk in Sentences Using Custom Keyboard, View Pics and Videos.

TikTok user Giovanni Luhman said the popular dog never misses a day as she swings by to grab a bite. After the video went viral, Subway Sally made it to the headlines. Luhman was interviewed explaining that the stray had been visiting the same branch in New Mexico every night for the past year. The kind staff always provide her with a bundle of food. In the video, the good dog can be seen relishing in chicken and turkey outside the store. And in case she misses, Luhman said that the dog would head across the road to be fed at Taco Bell instead. She surely has some fans, out there! Duck Fools a Dog by Playing Dead! Other Times When Animals Faked Death to Escape From Tough Situations.

Luhman further explained that a woman in the flower shop next door grooms Sally to maintain her smart looking. Sally has had four litters of pus, since Luhman had been working at the store.

“People should not limit their concern,” Luhman was quoted saying. Sally is no special, says Luhman. He urged his followers to take care of the many strays in the streets. Be kind to the pups; they deserve love too!