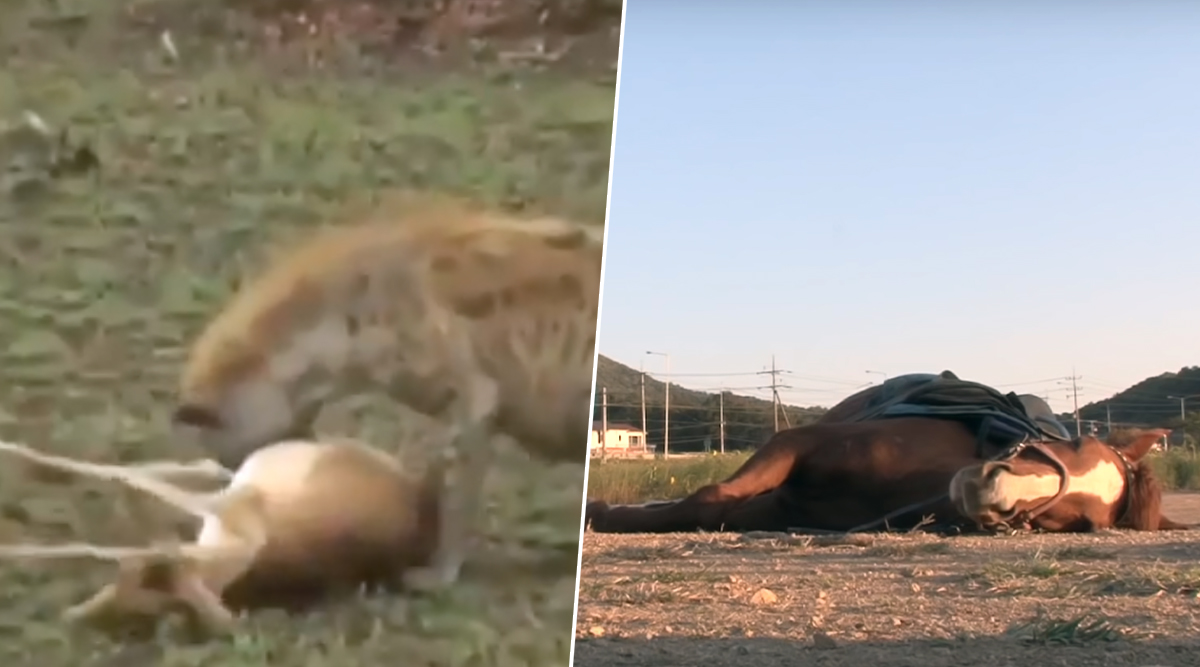 Animals may not be as smart as us humans but sometimes their instincts are so sharp that it may put all humans to shame. While Charles Darwin propagated the very important theory of "Survival of the Fittest," the animal world uses their instincts to save themselves from a situation, even if it means playing dead. Recently, a video of a duck playing dead to avoid being hunted down by a pet dog was shared on social media. In this small clip that was shared on Twitter, a duck is lying nearly dead on the grass. Right next to him is a dog amused looking at it and then with no movement from the bird, the dog runs away. The moment the dog ran off, the duck escaped.

The video is funny but it is not the first time such a behaviour has been spotted. The internet has a collection of such situations where animals acted themselves as being dead, in order to evade death or any situation which they did not want to be a part of. Pets like cats and dogs have also resorted to this technique.

Here's the Video of Duck Fooling a Dog:

It is unclear from where this footage was taken but it shows the deer playing so smart and managing an escape from not one but two of its predators. As a cheetah is about to pounce on it, a hyena comes to drive the cheetah away. The hyena then catches the deer and takes a bite but goes away for a bit. Chancing upon the situation, the deer sprints into the jungle. So clever right?

This incident took place in Hwange National Park, Zimbabwe earlier this year. A lioness had held onto a wild dog by its neck while the safari car was just a few meters away. The lioness roamed dragging her prey in her mouth but the moment she completely kept it on the ground, the dog ran away, fooling the lion. 20 Hyenas Attack A Lion! You Won’t Believe What the King of the Jungle Does Next (Watch Video).

Mongoose Plays Dead For a Bird

A video of Safari Live was going viral to see a little mongoose constantly acting dead in front of a hornbill. But in this case, it wasn't to evade death but seemed more like a playful activity.

This is another funny instance when a pet cat decided to play dead when she was put on a treadmill by her owners. The fat cat clearly needs some exercise but she just did not want to do it. The funny video had gone viral and many netizens related to this fat cat.

Horse Pretends to Be Dead to Avoid Rides

This video had gone viral recently which showed a horse playing the dead trick whenever someone wanted to ride on him. The horse named Jingang had learnt the death trick and pretending too dramatic when someone tried to take a ride. The video is quite funny.

So these are some of the instances which show how animals play dead in order to evade death or just any instance they do not want to be a part of. Isn't it amazing how these animals are so smart and act dead like it is believable?