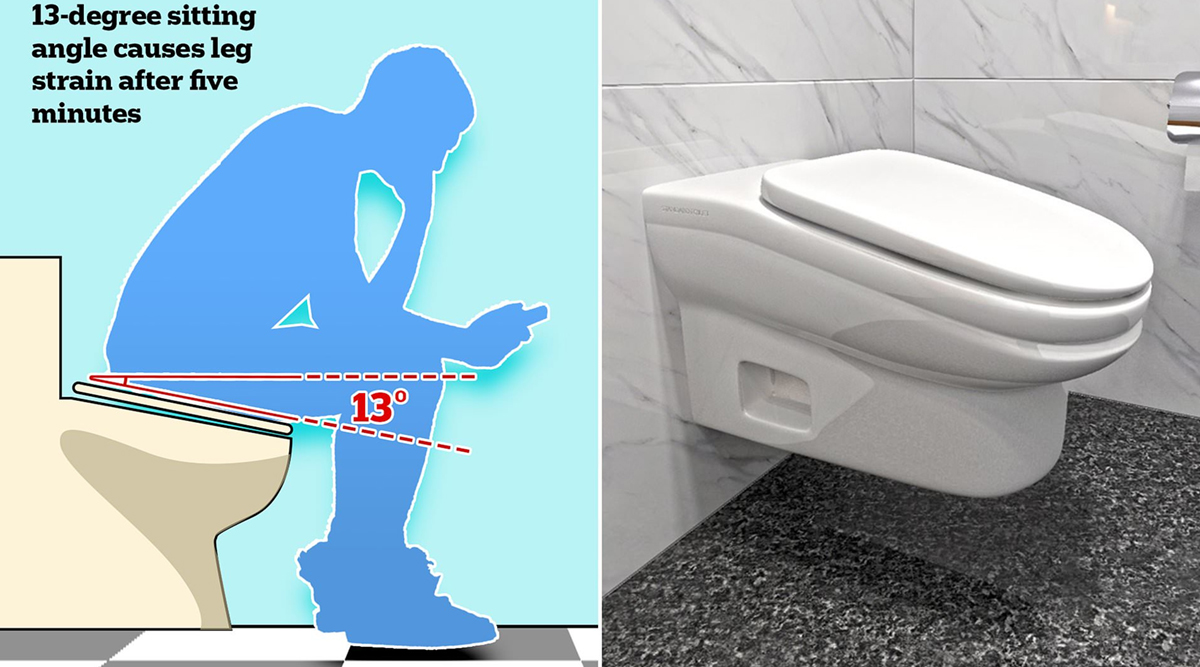 Over time, many horrific stories of employees being denied toilet access have come out. Last year, Amazon made the headlines, after an undercover reporter and a labour survey exposed harrowing work conditions. Workers were forced to pee in bottles or forego their bathroom breaks entirely because fulfillment demands are too high. Again, smart public toilets in Shangai was built to limit loo access to 15 minutes. Now, a UK start-up created a slanted seat to make you stop wasting time in the washroom and improve ‘productivity’. The alleged design is so slating that it will cause strain to your legs, after you sit for five minutes. As the news surfaced online, people took to Twitter to express their anger. Amazon Warehouse Employees Forced to Pee in Plastic Bottles Instead of Being Able to Visit the Loo; What Happens If You Hold in Urine for Long?

Named as the “Standard Toilet,” the idea has reportedly been backed up by the British Toilet Association (BTA)—a group that campaigns for better bathroom facilities in offices and public spaces. Daily Mail reported that the Staffordshire based company says it has already had interest from local councils and motorway service stations. The toilet is priced at £150 – £500. Mahabir Gill, the company developer, talked to the British tabloid about his new invention and explained its design is to “increase strain on the legs similar to a gentle squat thrust.” China's Smart Public Toilets Will Only Allow 15 Mins to Finish Your Business.

BREAKING NEWS: Say goodbye to comfort breaks! New downward-tilting toilets are designed to become unbearable to sit on after five minutes. They say the main benefit is to employees in improved employee productivity. pic.twitter.com/lfDbeXJdCX

Yes, they hope to also target offices, as they believe cutting down on the length of employee bathroom breaks would dramatically improve productivity. He also noted that it provides health and wellbeing benefits through improved posture and encouraging less time sitting on the toilet. As the design went viral, Twitter expressed their disgust, as this is not the first time where companies are seen to try and limit bathroom breaks for employees.

I can't actually find anything else on this "StandardToilet" startup, but the British Toilet Association actually exists: https://t.co/mNfDrRa6Pf

Although it is noteworthy here that there is no actual proof that this toilet concept is real, the thought of it is disgusting. And if at all, the toilets make way to corporates, it is going to destruct the working conditions even more. It is understandable that if employees are taking too many breaks, the company faces severe loses. But such inventions are not going to solve the purpose.