Amazon Warehouse Employees Forced to Pee in Plastic Bottles Instead of Being Able to Visit the Loo; What Happens If You Hold in Urine for Long? 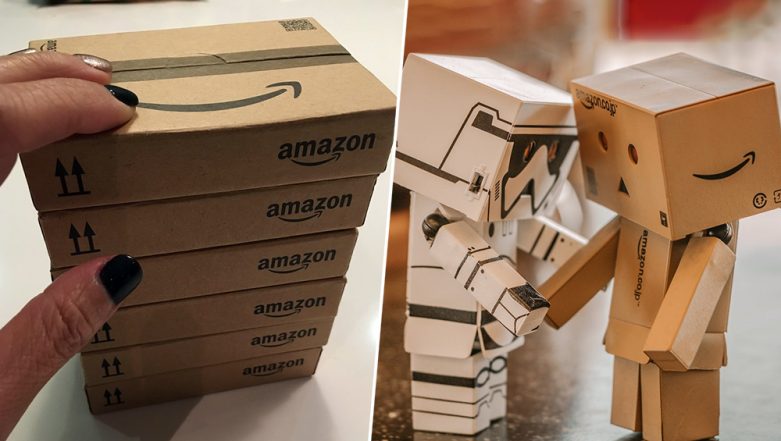 Shocking revelations about Amazon UK warehouse staff has gotten people all across the globe rethink work culture. Reports have it that Amazon UK warehouse employees are forced to pee in bottles. The Amazon fulfilment centre employees, in lack nearby bathrooms and under the threats of penalties for extended breaks, end up urinating in bottles. Protests have been taking place by crowds outside the Amazon Fulfilment Centre at Marston Gate, Milton Keynes, Bucks. The people demand improvement in working conditions provided to employees. Not only that, the members of the GMB union are also demanding Amazon to pay a "real and substantial" tax contribution to the UK. Signs made aiming at Amazon owner Jeff Bezos reading "We Are Not Robots," were seen outside warehouses.

However, Amazon refutes all allegations and has even offered a tour of the warehouse. He has reportedly said that groups making these claims are "misinformed." Amazon has invited protesters to "book a tour of their fulfilment centres to prove them wrong." Union officials claim more than "600 reports have been made from Amazon warehouses to the Health and Safety Executive (HSE) over the past four years." A spokesman said to The Sun: "These include workers using plastic bottles to urinate in instead of going to the toilet, and pregnant women have been forced to stand for hours on end, with some pregnant women being targeted for dismissal."

Young Labour members are outside Amazon Milton Keynes warehouse today in solidarity with @GMB_Union protesting the appalling conditions in which Amazon treats its workers.

600 ambulances have been called out to 14 warehouses in the last three years. #wearenotrobots pic.twitter.com/2yIjIukouj

While a healthy body is quite good at holding pee for quite some time, abusing the ability is a big NO-NO as per experts. The sphincters in your bladder close up tightly to keep the urine from leaking through your urethra while your brain keeps receiving signals to hold on your urine. However, when you hold on your pee for a very long time, consistently, you subject your body some serious health hazards.

Here are the possible effects of holding pee:

Urinary Tract Infection (UTI): The most common implication of holding in large amounts of urine can cause your harmful bacteria to attack your body. Chances of having a urinary tract infection (UTI) or bladder infection increases when you hold on urine.

Kidney stones: One of the most common traits seen in people who suffer from kidney stones is holding in pee for a long time. People with a history of the condition or the ones having high mineral content in their urine are more prone to kidney stone because of holding in pee.

Bladder burst: Not always but in rare cases, it is possible to have your bladder burst because of holding in pee for longer period of time.

Last year, accusations made by author James Bloodworth, who went undercover at the Amazon warehouse discussed the same scenario and told The Sun that some workers were even "forced to walk the entire 700,000 square foot warehouse to get to two bathrooms." He had also revealed that the two toilets served the whole four-story work area with 1,200 employees working. He even revealed that for a job that was "time-wasting" was constantly monitored, he had to walk 10 miles every day. Bloodworth had further said, "people just peed in bottles because they lived in fear of being disciplined over 'idle time' and losing their jobs just because they needed the loo."