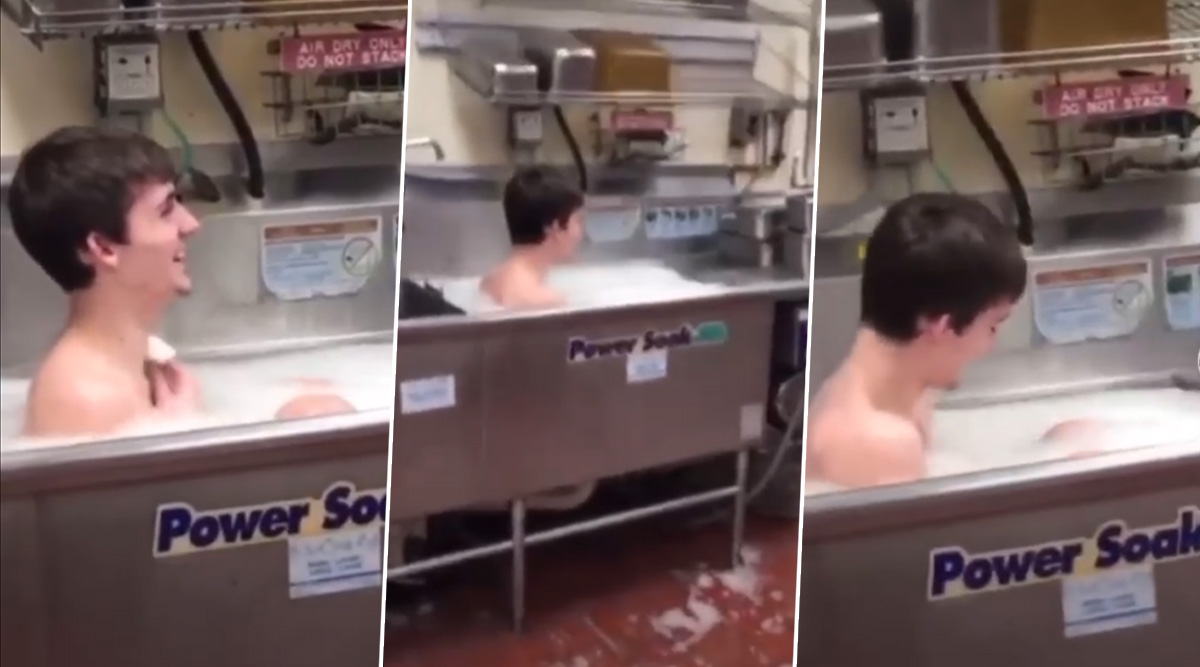 A video of a young man taking a bath at kitchen sink created an online stir. According to media reports, he is an employee at Wendy’s in Michigan, United States. He even asked his coworkers to film him taking a bath in the kitchen and later uploaded it on the video-sharing app, TikTok. As the clip disgusted the customers after it went viral, the Wendy’s have reportedly fired the employee and his coworkers. The video has surfaced online, and people questioned the restaurant’s hygiene. However, as per to the franchise owner of the location, the restaurant has been cleaned and inspected since the video was posted on social media, racking up thousands of views. Employee Takes a Bath in Giant Kitchen Sink at Wendy’s Restaurant, Customers Enraged as Video Goes Viral.

Wendy’s slogan reads, “Quality is our recipe." It's hygiene claims was considerably compromised after the employee was caught taking a bath in the kitchen sink. The video shows the shirtless man in a sink full of soap and water. The media reports confirmed it happened at the Greenville, Michigan location. The clip which was first posted on TikTok has been taken down. The account that posted the video is no longer active. But it was later shared on Facebook with an impassioned warning to potential Wendy’s customers. The unidentified person can be seen wading around in the sudsy sink, where the dishes are washed.

After the video went viral, the man who was taking a bath and his coworkers were fired. The restaurant also called for inspection and has been cleaned after the erroneous behaviour was captured. The Wendy’s store was quoted in TMZ, “This egregious behaviour is completely unacceptable and counter to our safety, training and operational standards. Upon learning of this situation, all employees in the video were terminated immediately and the restaurant has been completely sanitized. The health department visited the restaurant today and no violations were reported.”

This is not the first time when Wendy’s have been on the headlines. In May 2019, a video of an employee taking a bath giant kitchen sink. The clip sparked a debate online over the restaurant’s cleanliness. It later confirmed that the person in the viral clip was fired.