Asif Ali Posts Heartfelt Message After Daughter’s Demise, Thanks Fans for Support During the Tough Time 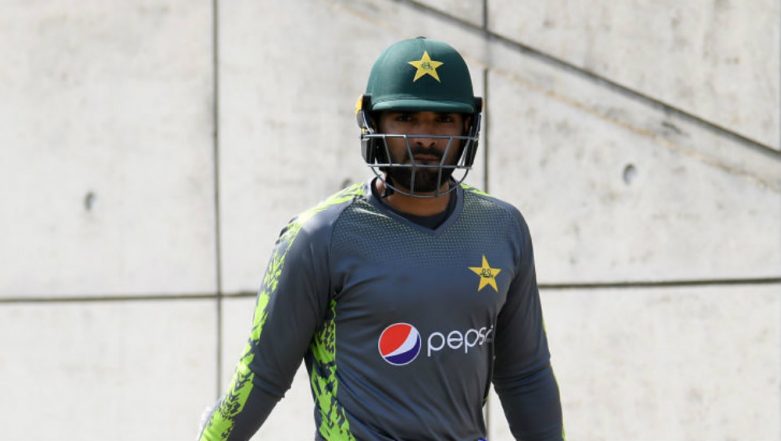 “My daughter my angle returned to Allah last night. May Allah grant her jannat. Thanks everyone for you support, love, messages & prayers during this tough time[sic],” wrote Asif Ali on Twitter.

Meanwhile, Asif was named in Pakistan’s final 15-man squad for the ICC Cricket World Cup 2019. The hard-hitting batsman was initially left out of the preliminary squad but following his good outings against England, selectors were forced to include him as well. Pakistan Final Squad for ICC Cricket World Cup 2019: Mohammad Amir, Wahab Riaz and Asif Ali Included for CWC.

My daughter my angle returned to Allah last night.

May Allah grant her jannat.

Thanks everyone for you support, love, messages & prayers during this tough time.

On April 24, before leaving for England tour, Asif tweeted that he was sending his daughter to the United States for treatment and had requested fans to pray for the little girl. It was during the Pakistan Super League (PSL) 2019, that Asif came to know about his daughter's illness. Junaid Khan 'Protests' After Being Removed From Pakistan Squad for Cricket World Cup 2019, Puts Tape on His Mouth.

Earlier, Islamabad United, the team Asif represent’s in PSL, issued a statement and said: “ISLU family pays its deepest condolences to @AasifAli2018 on the tragic loss of his daughter. Our thoughts and prayers go out to Asif & his family. Asif is a great example of strength & courage. He is an inspiration to us."