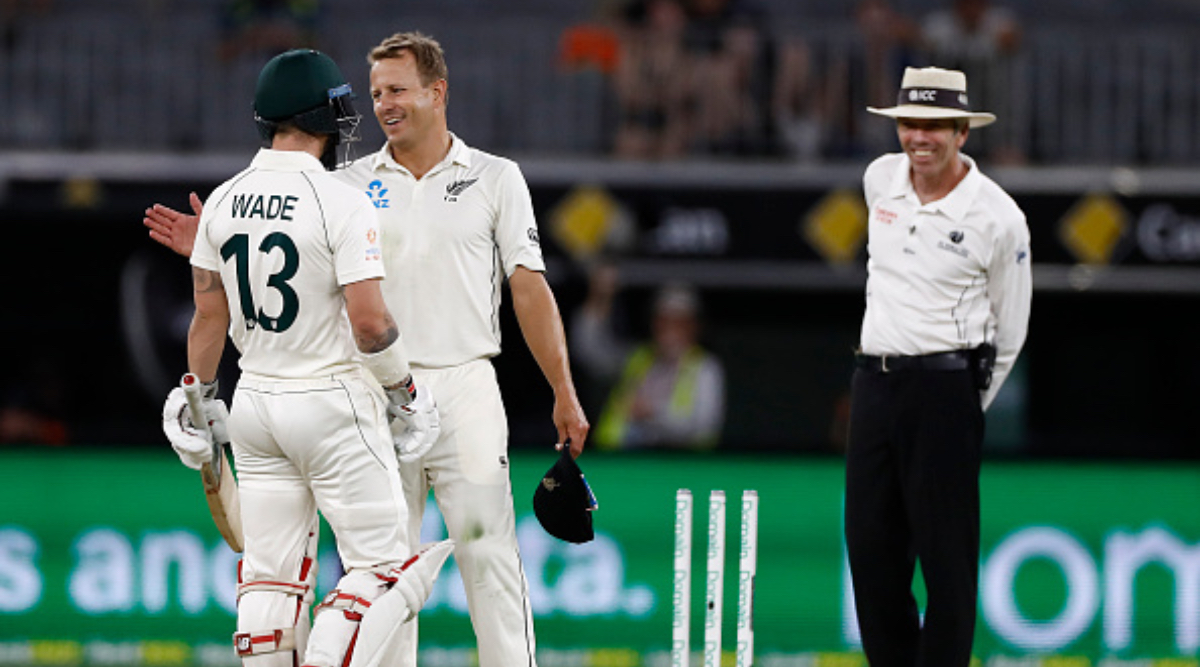 Australia continues to dominate the opening Test against New Zealand at Perth. The home side has now taken a lead of 417 runs and looks like it will set New Zealand a daunting target to win the first Test. At the close of play on day three, Australia were 167 for six, effectively 417. Pat Cummins and Mathew Wade are the two unbeaten batsmen and are batting on one and eight respectively. Meanwhile, for complete live telecast, online live streaming, score updates and ball-by-ball commentary details for AUS vs NZ 1st Test match, day four, please scroll down. Australia Vs New Zealand, Live Cricket Score 1st Test Match.

New Zealand were bundled out for just 166 runs in their first innings after Australia’s 416. Mitchell Starc scalped a five-wicket haul to help Australia dominate the proceedings. Senior batsman Ross Taylor was the top-scorer for his side as he scored 80 before being dismissed off spinner Nathan Lyon, who picked two wickets.

In their second innings, Australia, did struggle to get going but the home side has a cushion of first-innings lead of 250 runs. Joe Burns and first-innings centurion, Marnus Labuschagne, scored 53 and 50 each. While Tim Southee picked four wickets, Neil Wagner accounted for two wickets. AUS vs NZ 1st Test 2019: David Warner Completes 7000 Test Runs, Becomes 12th Australian Batsman to Reach the Milestone.

Australia vs New Zealand day-night Test match, which is also the 1st match of a three-Test series, is being played at the Perth Stadium. Day 4 of the 1st AUS vs NZ Test match will be played on December 15, 2019 (Sunday). Day four is scheduled to start at 10:30 am IST (Indian Standard Time) and 01:00 pm local time. David Warner Gets into a Heated Verbal Exchange With Tim Southee During NZ vs AUS 1st Test 2019 Day 1 (Watch Video).

New Zealand will be hoping to restrict Australia as early as possible and then hope to withstand the Australian attack, unlike the first innings. With two good days remaining and no chance of rain whatsoever, the result in the first Test looks imminent.