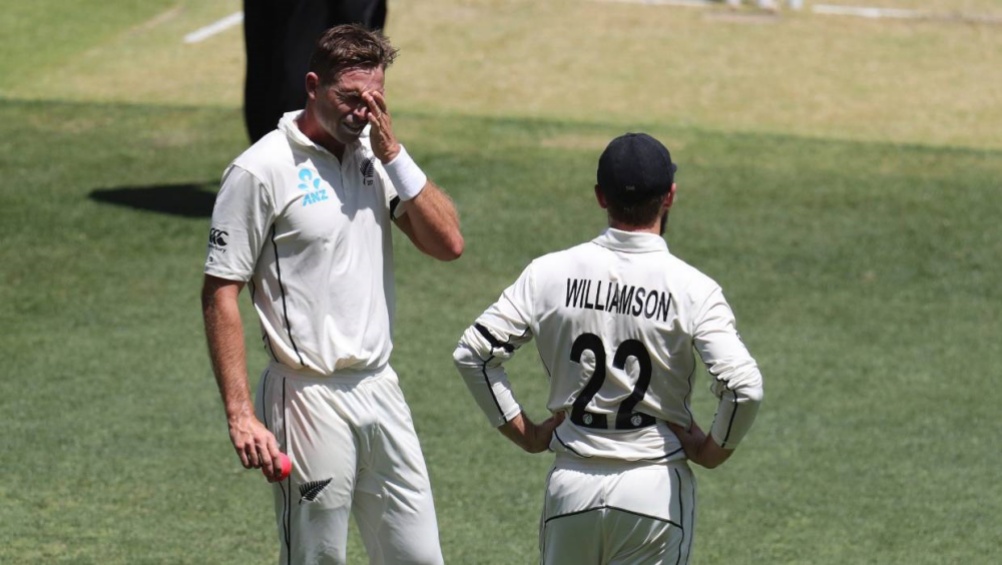 New Zealand is currently locking horns with Australia in the first Test in Perth. After winning the toss, Australia elected to bat first. It was during the day one of the match that David Warner got into a heated exchange with Kiwi pacer Tim Southee. The Kiwis have a reputation of displaying their best of behaviour but this time things were quite different. So here’s exactly what happened. Joe Burns was batting alongside David Warner in the seventh over of the match. Australia Vs New Zealand, Live Cricket Score 1st Test Match.

Tim Southee delivered the ball and Joe Burns played a defensive shot. The Kiwi pacer grabbed the ball and was shy of the stumps and with an aim of hitting at the stumps, he went on to the hit the pads of the batsman. Tim Southee without apologizing to the batsman walked back smiling and got back to business. David Warner who was at the non-striker’s end did not take this incident lightly and the two had a verbal spat with each other.

Here’s how the conversation went:

Southee: “Well he’s in front of the wicket.”

Check out the video of the incident: