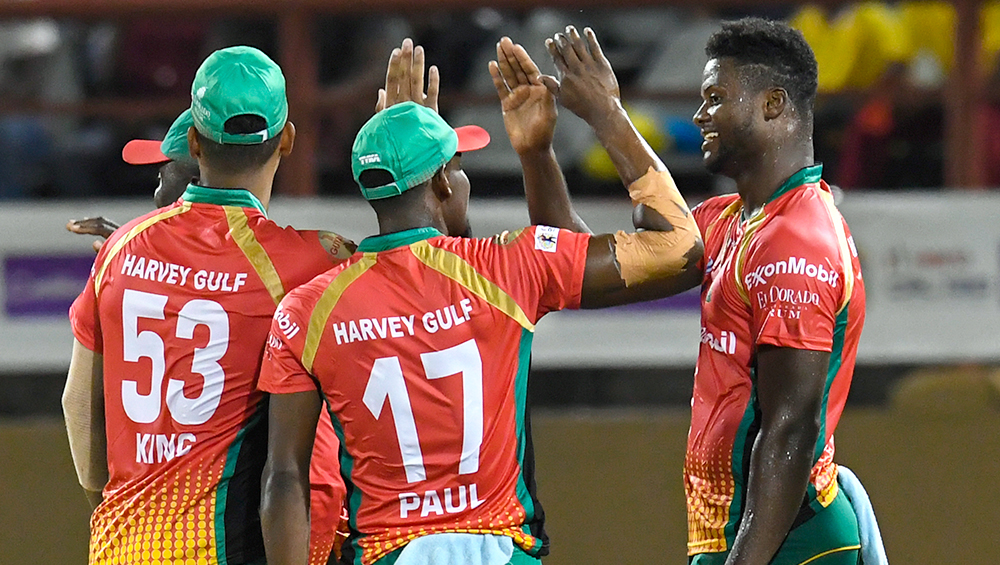 Guyana Amazon Warriors maintained their unbeaten run in Caribbean Premier League 2019 and bagged the top spot after the end of the group stage. Warriors won all the 10 matches they played and ended with 20 points. Barbados Tridents and St Kitts and Nevis Patriots, who won 5 games out of 10 each, bagged the 2nd and 3rd spot respectively. All these above teams qualified for playoffs along with Trinbago Knight Riders. Have a look at latest team standings in CPL 2019 below.  CPL 2019 Schedule in IST, Free PDF Download: Full Cricket Timetable of Caribbean Premier League 2019 With Match Timings, Teams and Venue Details.

The 7th edition of Caribbean Premier League (CPL 2019) is giving fans some great entertainment and the cricket league is one of the most exciting domestic T20 tournaments to look out for. Trinbago Knight Riders, Guyana Amazon Warriors, Barbados Tridents, Jamaica Tallawahs, St Kitts and Nevis Patriots and St Lucia Zouk and the six teams participating in CPL 2019. Knight Riders are the defending champions.

A total of 34 matches will be played in CPL 2019 from September 5 to October 13, 2019. The matches will be scheduled at seven venues, which include Queen's Park Oval in Port of Spain (Trinidad), Daren Sammy National Cricket Stadium (Gros Islet, St Lucia), Kensington Oval in Bridgetown (Barbados), Providence Stadium in Guyana, Warner Park in Basseterre (St Kitts), Sabina Park in Kingston (Jamaica), Brian Lara Stadium in Tarouba, (Trinidad). Here is the CPL 2019 points table.

The format of CPL 2019 is the same as that of Indian Premier League (IPL). Each team gets two points for winning a match. In the case of no result and tie, one point is awarded to each team. The top four teams will qualify for playoffs. In case of equal points, the team with a better net run-rate will be given higher rank in CPL 2019 points table.