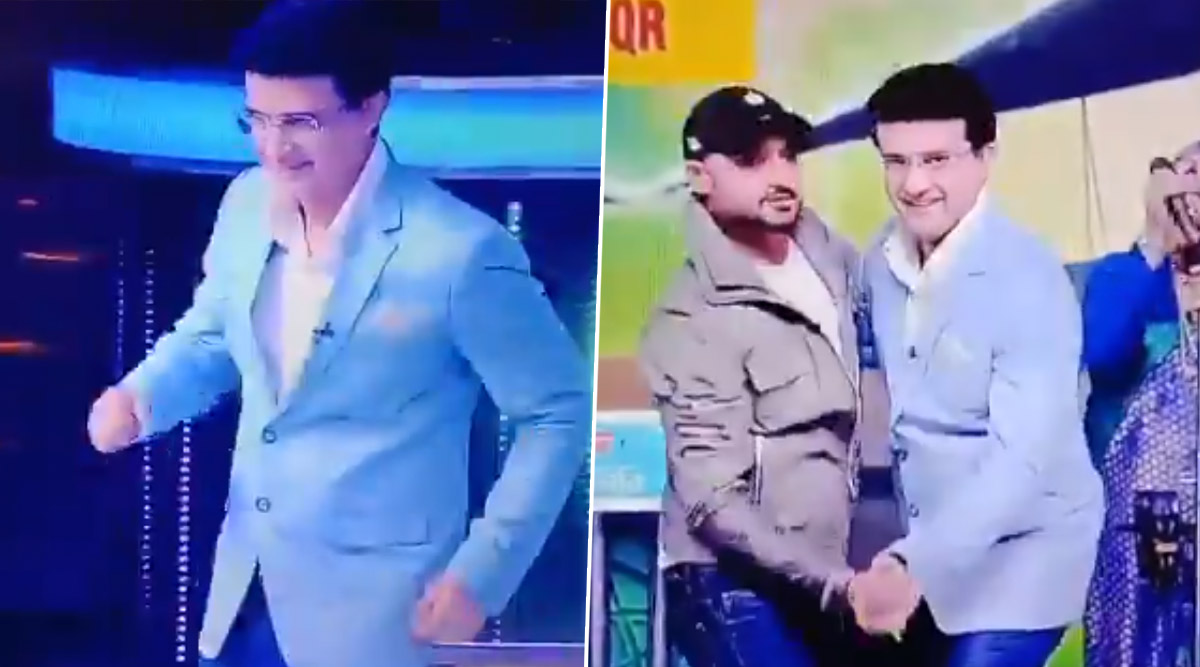 New Delhi, Jan 13: Board of Control for Cricket in India president Sourav Ganguly recently danced to the tune of the Bollywood song 'Senorita' during a television show at the behest of his former India team mate Harbhajan Singh. Harbhajan had appeared in the show that is hosted by Ganguly alongwith former team mates Zaheer Khan, Virender Sehwag, Mohammad Kaif, VVS Laxman and Ravichandran Ashwin.

The moment came when singer Usha Uthup performed the song in the episode that was aired on Sunday and Harbhajan started shaking his legs, urging his former captain to do the same and the latter obliged. Happy Lohri 2020 Wishes: Virender Sehwag, Harbhajan Singh, Saina Nehwal and Others From Sports Fraternity Extend Lovely Greetings.

Apart from Ashwin, all who appeared in the episode were an integral part of the Indian team led by Ganguly in the early part of the previous decade. Harbhajan is yet to retire from the game officially and still turns up for the Chennai Super Kings in the Indian Premier League. He however played for India in a T20 match at the Asia Cup against the UAE in 2016 and hasn't played a Test since 2015. His last domestic game came in a Ranji Trophy group game for Punjab in November 2017.