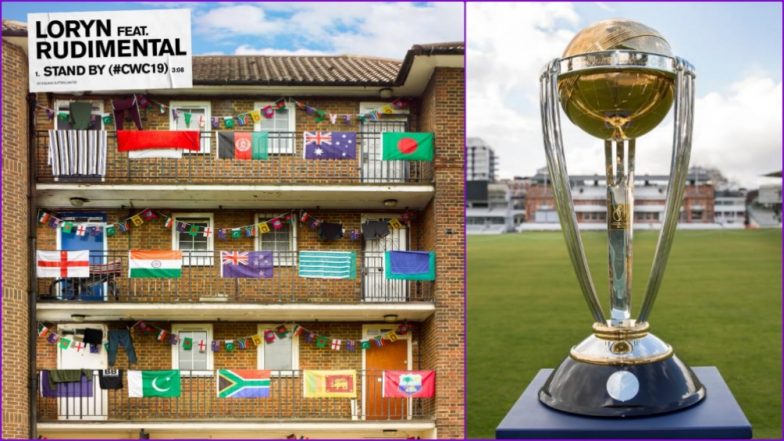 With less than a fortnight away for the ICC Cricket World Cup 2019, preparations are at full-swing for the mega-event which is to be hosted in England and Wales. The Australian team has already reached England will start preparing for the World Cup 2019. Ahead of the mega-event, the International Cricket Council has launched the official song, ‘Stand By’ as the official song for the CWC19. The official account of the ICC informed the fans about the launch of the song which is made by  Loryn and Rudimental.

The first match of the World Cup 2019 will begin on May 30, 2019, where the hosts England will lock horns against South Africa at The Oval. “The Official #CWC19 Song is here!  'Stand By' from @thisisloryn & @Rudimental is out now!” They also posed another tweet while launching the official song. ICC Cricket World Cup 2019 Schedule in PDF: Ticket Prices, Dates, Venue Details & Timetable Available for Download Online.

Now that's what you call a single cover! 😍

Check out the video of the anthem.

“It is important to acknowledge the power of music in sporting environments - from a motivational platform for players to providing a common voice for fans to celebrate together I am sure we will see the Official Song at the absolute heart of this tournament," Steve Elworthy, managing director of the World Cup, had said at the announcement.

According to the ICC media release, the song "celebrates the cultural diversity of The United Kingdom,” read the release of the International Cricket Council. India will play their first game on June 5, 2019, with the game against South Africa.