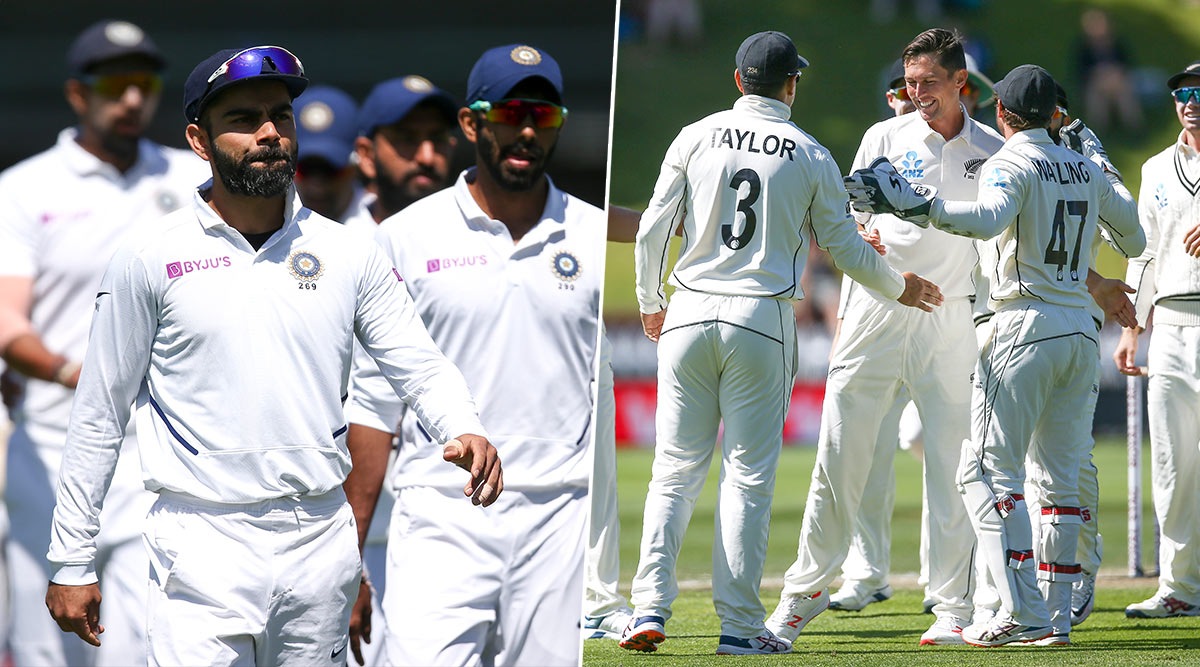 India travel to Christchurch for the 2nd and final Test match of the series hoping to save themselves from a first series defeat in almost two years. India, since their 1-3 defeat to England in August 2018, have been on a run of five successive Test series victory, a period in which they have lost only once. But that sweet run seems to be coming to an end with New Zealand the favourites to assert their dominance and seal a Test series whitewash. India vs New Zealand 2nd Test match will be played at the Hagley Oval from February 29, 2020 (Saturday) with New Zealand already leading 1-0. Meanwhile, fans searching for the live score updates, latest scorecard, ball-by-ball commentary and other details for IND vs NZ 2nd Test should scroll down for all information. New Zealand Vs India, Cricket Score 2nd Test Match.

New Zealand are unbeaten at home since March 2017 when South Africa beat them by eight wickets and became one of the only two sides to depart the Kiwi Island with a series win since 2003. New Zealand have played 14 home Test series in that period and lost only twice – to Australia (0-2) and South Africa (0-1) -- and looks set to record another series win over an opposition that have not beaten them in a Test match in New Zealand since 2009 and not won a Test series since their first-ever tour in 1968. New Zealand vs India, 2nd Test Live Scorecard.

Neil Wagner will make his return back into the New Zealand Test team after becoming a father and will be up against Indian captain Virat Kohli – a battle predicted to the most eye-catching one before the two-match Test series. Kohli has gone without a hundred in his last 20 international innings— his worse run since the dubious England Tour of 2014. India’s main wicket-taking option Jasprit Bumrah also looked off-colour in the first game at Wellington and must inspire with his performance if the visitors are to turnaround the series.

India are also winless in the four Tests that they have played at Christchurch drawing two and losing the other two, including the last by 10 wickets in 1990. New Zealand, on the other, have won three of their last four games at this venue. Their last defeat at the Hagley Oval came against Australia in 2016.