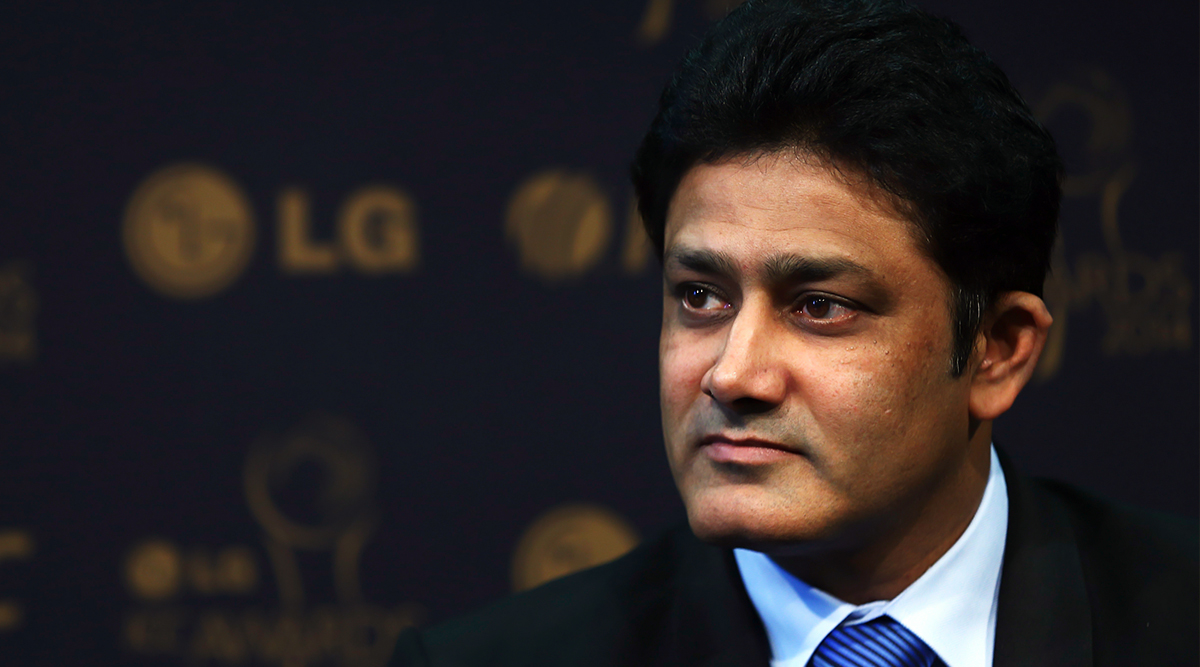 New Delhi, December 13: Former leg-spinner Anil Kumble believes Indian bowlers need to come up with a good performance in the three-match ODI series against West Indies as the visitors have a lot of power hitters who can demolish any bowling unit. The Indian bowlers were taken to the cleaners in the three T20Is and Kumble has warned Virat Kohli's men to be beware of the hard-hitting ability of the West Indies batters in ODI series starting Sunday in Chennai.

"I'd like to see the bowling come through because against West Indies, it would yet be a challenge. They're all-powerful hitters and it is going to be good surfaces and hence, you would want the bowling to come good," Kumble said while speaking at Star Sports' Nerolac Cricket Live show. Kumble further said that the Indian team should stick with Shreyas Iyer at the number four spot. Anil Kumble Reveals Surprising Details About His Remarkable 10-Wicket Haul Against Pakistan in 1999, Says ‘Team India Planned to Drop Catches of Other Bowlers.

"We have seen Shreyas Iyer's quality and he has grown in stature so I would like him to be at number four," he said. Iyer has been enjoying a good run in the recent times in white-ball cricket. In the two ODIs in the West Indies he got the chance to bat at No. 5, Iyer returned with knocks of 71 and 69 respectively and played a crucial part in India's victory in the Caribbean Islands.

Even in the three-match T20I series against Bangladesh which India won 2-1, he played knocks of 22, 24* and 62 respectively and was one of the chief contributors for the hosts with the bat. However, he didn't get a chance to bat enough in the three T20Is against the West Indies.