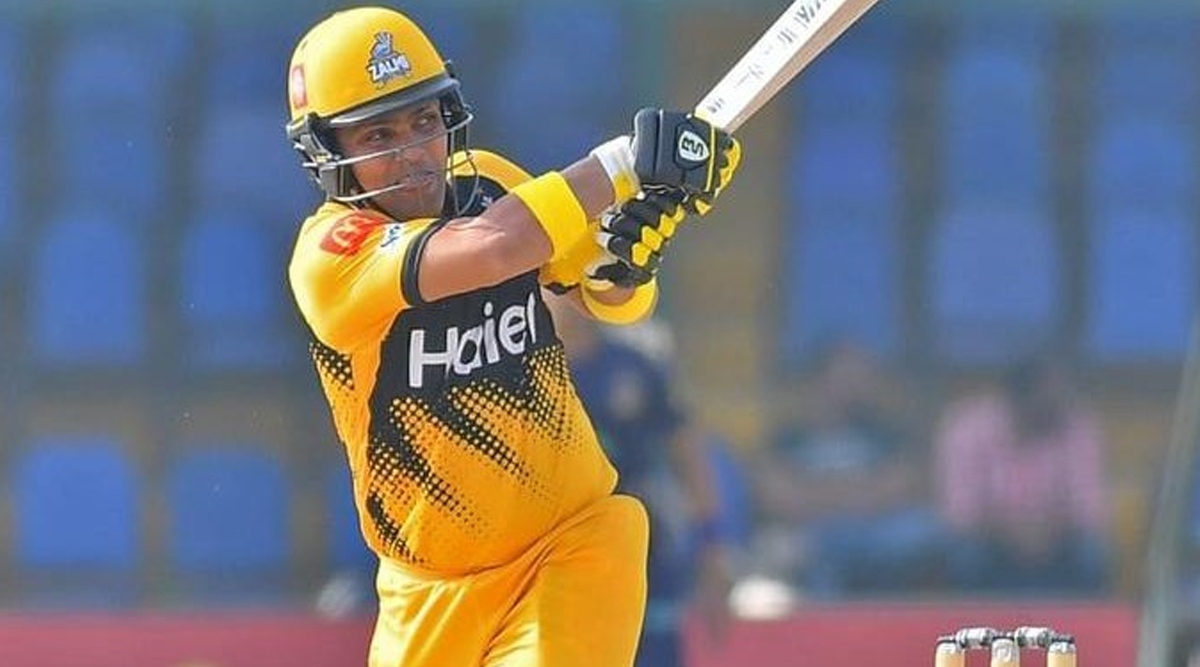 Kamran Akmal unleashed his carnage during Peshawar Zalmi’s opening match in Pakistan Super League (PSL) 2020 and scored a scintillating century against defending champions Quetta Gladiators. Chasing a decent looking target of 149 runs, the wicket-keeper batsman came out to open the innings and went after the bowlers from the word go. He rained boundaries and maximums to all the parts of the ground and brought up his century from just 54 deliveries. Akmal’s breath-taking effort didn’t just guide Peshawar Zalmi to a comprehensive six-wicket victory but also bagged a lot of praises from cricket fans all-round the world.  PSL 2020: Karachi Kings Official Spotted Using Mobile Phone in Dugout

During the course of his knock, Akmal smashed 13 brilliant boundaries and four towering sixes. The likes of Tymal Mills and Mohammad Hasnain seemed completely clueless against the dasher and were hit for runs. You don’t often see a batsman getting a hundred while chasing a total of fewer than 150 runs. Thus, ignoring this mayhem will be very difficult for Pakistan Cricket Board (PCB) and it will be interesting to see whether the senior Akmal can make a comeback in the national squad ahead of the ICC T20 World Cup 2020. Meanwhile, let’s look at how the netizens reacted to Akmal’s spectacular knock.

Kamran Akmal is far better than Rizwan. He has 3 PSL Centuries and is the leading runs scorer of PSL ❤

He should Replace By Muhammad Rizwan in T20 WC2020 ✌🔥#QGvPZ #PSLV2020 pic.twitter.com/yToGiyOLYs

To be honest the 38 year old Kamran Akmal has played like a 24 year old. Well done Kami bhai.

Kamran akmal perform in every league and domestic cricket another slap on PCB 3rd PSL 💯 still Misbah needs any other justification to add Kamran Akmal in T20 Squad? He is the only Man in PSL History to score a 3rd Century.. what a Player He is ..) 😍💛🔥

- Only Batsman in HBLPSL to score 3

What a classical inning played by Kamran Akmal. 🔥❤️ pic.twitter.com/PV3eoHxLeU

Earlier in the match, Darren Sammy won the toss and asked the Gladiators to bat first. The decision proved to be spot on as the Zalmis could only manage 148/5 in their allotted 20 overs. Jason Roy was the top-scorer for them with 73 runs. In reply, Akmal produced a great knock and helped his side register a four-wicket triumph.