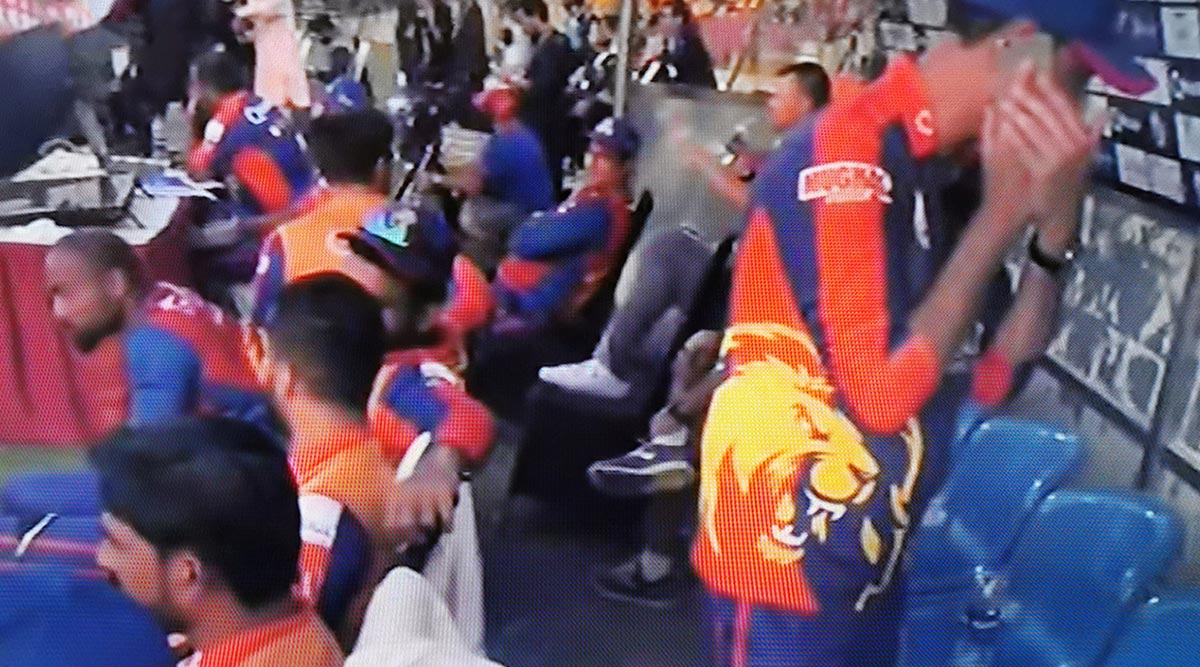 The fifth edition of the Pakistan Super League (PSL) started on February 20, 2020 (Thursday) and has already been the centre of yet another controversy as a member of the Karachi Kings team was seen using a mobile phone in the dugout. This incident happened during their tournament opener against Peshawar Zalmi which they won by 10 runs. Traditionally players and team officials are banned from using mobile phones when a match is taking place. As per the guidelines by ICC, players and team staff cannot have cellular devices during an ongoing game of cricket. Darren Sammy Set to Become a Pakistani? Peshwar Zalmi's Captain Applies for Nation’s Citizenship.

This event has sparked a huge argument among fans all around the world. Even former Pakistan cricketing legend Shoaib Akhtar has also reacted to this incident via his social media. ‘This is so wrong using mobile phone in dug out’ the former cricketer captioned his post. This episode happened in the 13th over of the Peshawar Zalmi innings when they were chasing a mammoth target of 202 runs with Liam Dawson and Liam Livingstone on the crease. PSL 2020 Points Table.

This is so wrong using mobile phone in dug out.... pic.twitter.com/hU3GLlTjXI

Speaking of the match, after being asked to bat first, a brilliant knock of 78 runs off 56 deliveries and a late cameo from Imad Wasim (50) helped the Kings to a mammoth total of 201 runs. Peshawar Zalmi got off to a poor start but brilliant knocks from Liam Livingstone and Darren Sammy almost took them over the line in the run-chase.

The Pakistan Cricket Board (PCB) are yet to take action over this matter and it would be interesting to see how this matter will be handled. The tournament was kicked off by defending champions Quetta Gladiators defeating Islamabad United by three wickets.