KL Rahul Heartbroken With India’s Exit From CWC 2019; Posts Emotional Message & Thanks Fans for their Support 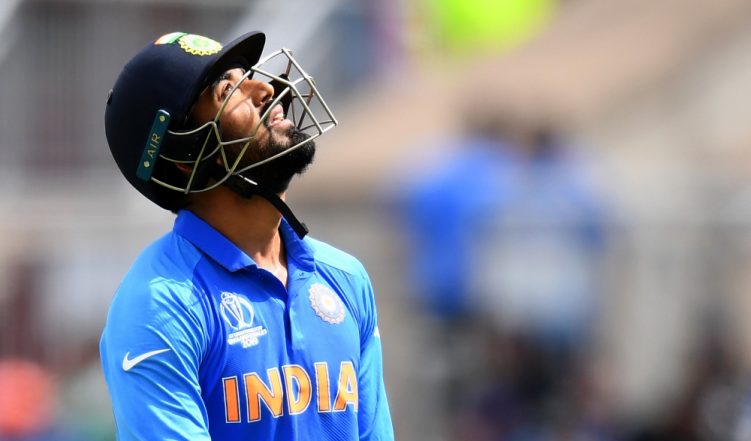 KL Rahul of India walks off after being dismissed by Matt Henry of New Zealand during resumption of the Semi-Final match of the ICC Cricket World Cup 2019 between India and New Zealand after weather affected play at Old Trafford on July 10, 2019 in Manchester, England. (Photo Credits: Getty)

Team India’s dream run at the CWC 2019 came to an end as the Men in Blue lost against New Zealand in the first semi-final at the Old Trafford in Manchester. This broke the hearts of all the fans of the Indian cricket team and needless to say that the players too are quite upset with their dream run coming to an end with an 18 run loss against Kane Williamson and men. Virat Kohli put up a brave face and thanked the fans for their constant support. A while ago, India’s opener KL Rahul took to social media and said that he was heartbroken with the exit from ICC Cricket World Cup 2019. Rohit Sharma Has a Heartfelt Message for Fans After Team India’s Exit From Cricket World Cup 2019, Says 'We Failed To Deliver When It Was Mattered'.

In his post, the opener also thanked the fans for their constant support. He posted a couple of pictures on Instagram and had posted a very sad caption along with the snaps. “Heartbreaking that our dreams have come to an end. As a team and as a nation we've stood strong together through the last 6weeks. Big thank you and lots of love to everyone 🇮🇳💙,” read the caption of the pictures. Earlier Ravindra Jadeja had put out a heartfelt post on social media where he vowed to give his best till his last breath. Virat Kohli Puts Up A Brave Face After India’s Defeat Against New Zealand in CWC 2019 Semi-Finals; Thanks Fans for Their Support (Read Post).

Heartbreaking that our dreams have come to an end.As a team and as a nation we've stood strong together through the last 6weeks. Big thank you and lots of love to everyone 🇮🇳💙

Talking about the Indian opener, he got dismissed on the score of one. It was Matt Henry who snapped KL Rahul’s wicket as he bowled outside off and the Indian batsman edged it to Tom Latham. New Zealand posted a total of 239 runs. In reply, India got bundled out on 221 runs.